Poland, Estonia, Latvia, and Lithuania are all urging the United Nations to take action against Belarus for encouraging migrants to illegally cross into the European Union. 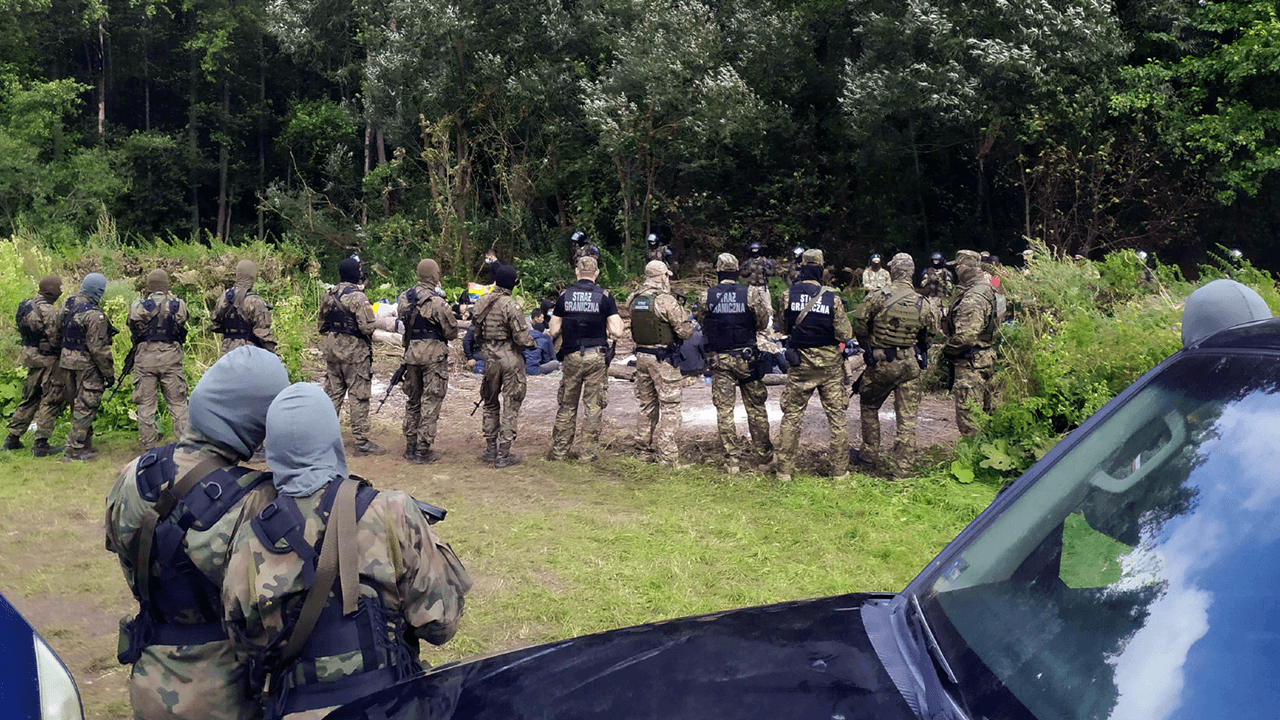 Poand says it is to build a fence across its border with its eastern neighbor Belarus to stem the flow of migrants that are being driven by Minsk in retaliation for sanctions against the regime of authoritarian ruler Alyaksandr Lukashenka.

“A new, 2.5 m high, solid fence will be built on the border with Belarus. More soldiers will be involved in helping the Border Guard. Soon I will present details of the further involvement of the Polish Armed Forces,” Defense Minister Mariusz Blaszczak wrote on Twitter on August 23.

The announcement comes as Poland, Estonia, Latvia, and Lithuania urged the United Nations to take action against Belarus for encouraging migrants to illegally cross into the European Union.

They called Minsk’s actions a “hybrid attack” in retaliation for sanctions over Lukashenka’s crackdown on Belarus’ pro-democracy following the disputed August 2020 election.

In recent months, thousands of Middle Eastern migrants have travelled from Belarus to Lithuania, with neighboring EU member countries also seeing a rise in illegal crossings.

Poland has since deployed hundreds of troops to the Belarus border to hold off the surge of migrants attempting to cross.

Lithuania said it would complete a 508-kilometer fence along its border with Belarus by September 2022.

“These are not refugees, they are economic migrants brought in by the Belarusian government,” Deputy Foreign Minister Marcin Przydacz told reporters.

In a joint statement, the prime ministers of Estonia, Latvia, Lithuania, and Poland said that the influx of migrants had been planned and systematically organized” by Lukashenka’s regime.

“It is high time to bring the issue of abusing migrants on the Belarusian territory to the attention of the UN, including the United Nations Security Council,” the statement said, urging the UN High Commissioner for Refugees to “take active steps to facilitate the solution of this situation.”

“Weaponizing refugees and immigrants threatens the regional security of the European Union and constitutes a grave breach of human rights,” according to the four prime ministers.

They said their countries were “ready to provide all necessary protection to persons who enter our countries on conditions under the international refugee law” but would also call for “possible new restrictive measures by the EU to prevent any further illegal immigration orchestrated by the Belarusian state.”