'Confidentially privy to traffic between Canadian MP Marco Mendocino. We will have to carefully manage this matter because Mr. Mendocino doesn't have the entire facts', wrote bureaucrats after Mendocino, not a minister on the file, inserted himself publicly into the diplomatic spat with the Philippines over Canadian trash.

Do you remember when Canadian garbage was left to rot in the hot Philippine sun?

Containers of Canadian garbage arrived in the Philippines in 2013 and 2014 and, after being mistaken for recycling, spent six years baking in the intense heat.

Naturally, they wanted us to take the garbage back, sparking a bit of an international fiasco for the electric car-driving, paper-straw banning liberals who take pride in their green initiatives.

So, in 2019 former Environment Minister Catherine McKenna chartered a cargo ship to bring the garbage back to be disposed of.

Three years later, thanks to your generous donations at RebelInvestigates.com, I received new access to information records about this diplomatic fiasco and how Marco Mendicino is caught in the middle of this hot, stinky mess.

Some things never change. Mendicino, when he doesn't know what's going on, just fills in the blanks with half truths and lies. He did the same thing with the convoy, telling the world police and other authorities had asked for the invocation of the unconstitutional Emergencies Act, when they had not.

To sign our petition calling on Marco Mendicino to be fired, please go to FireMendicino.com. 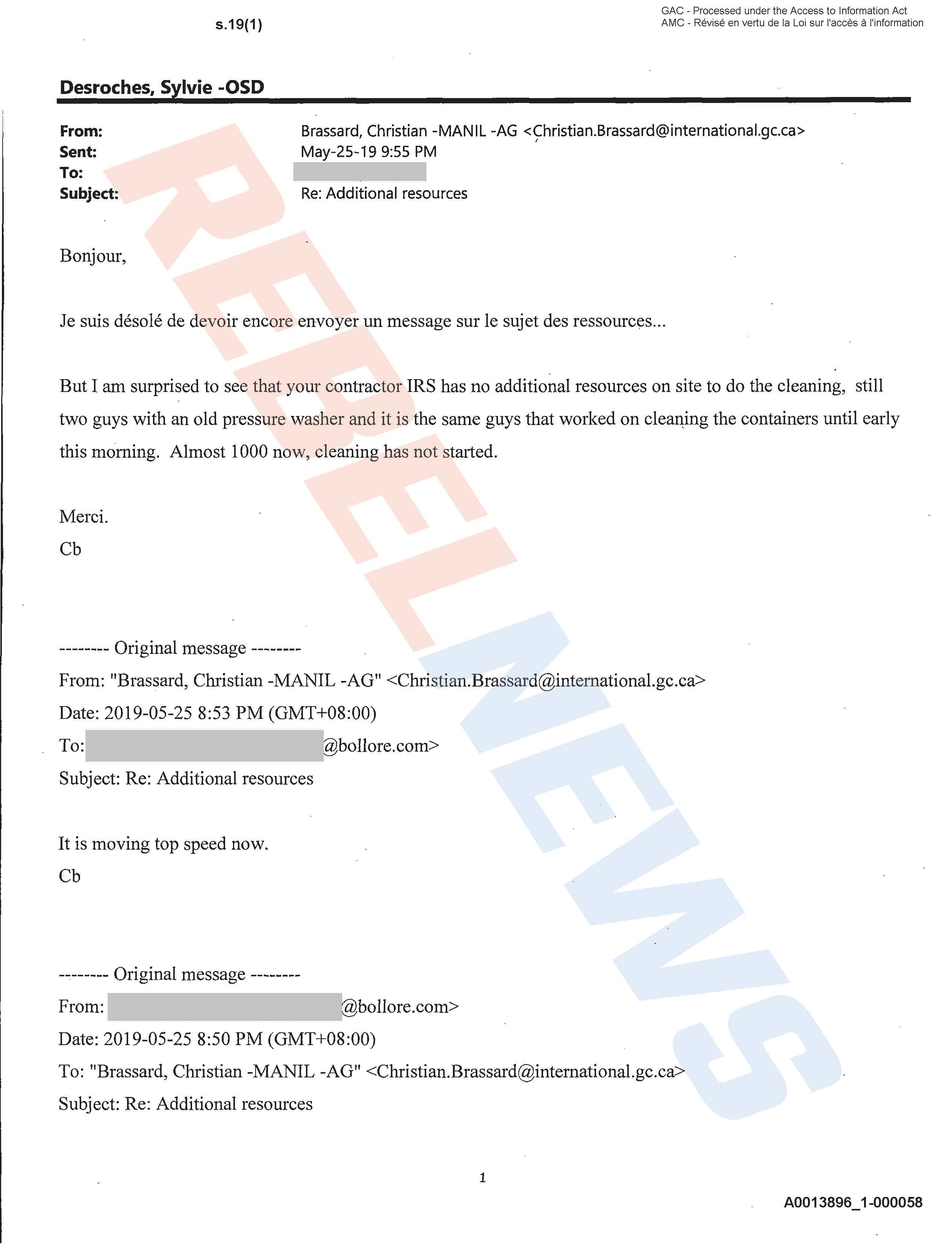 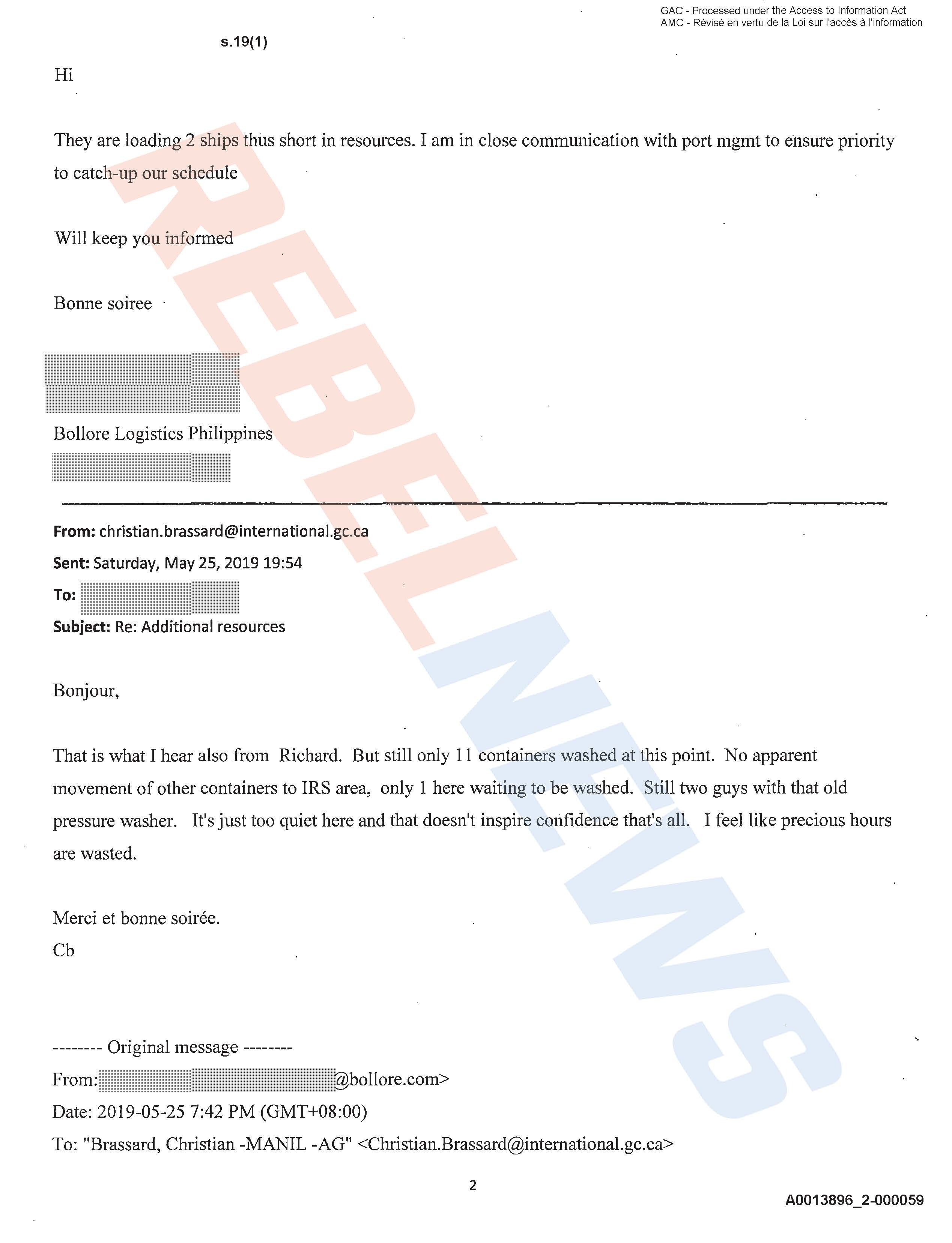 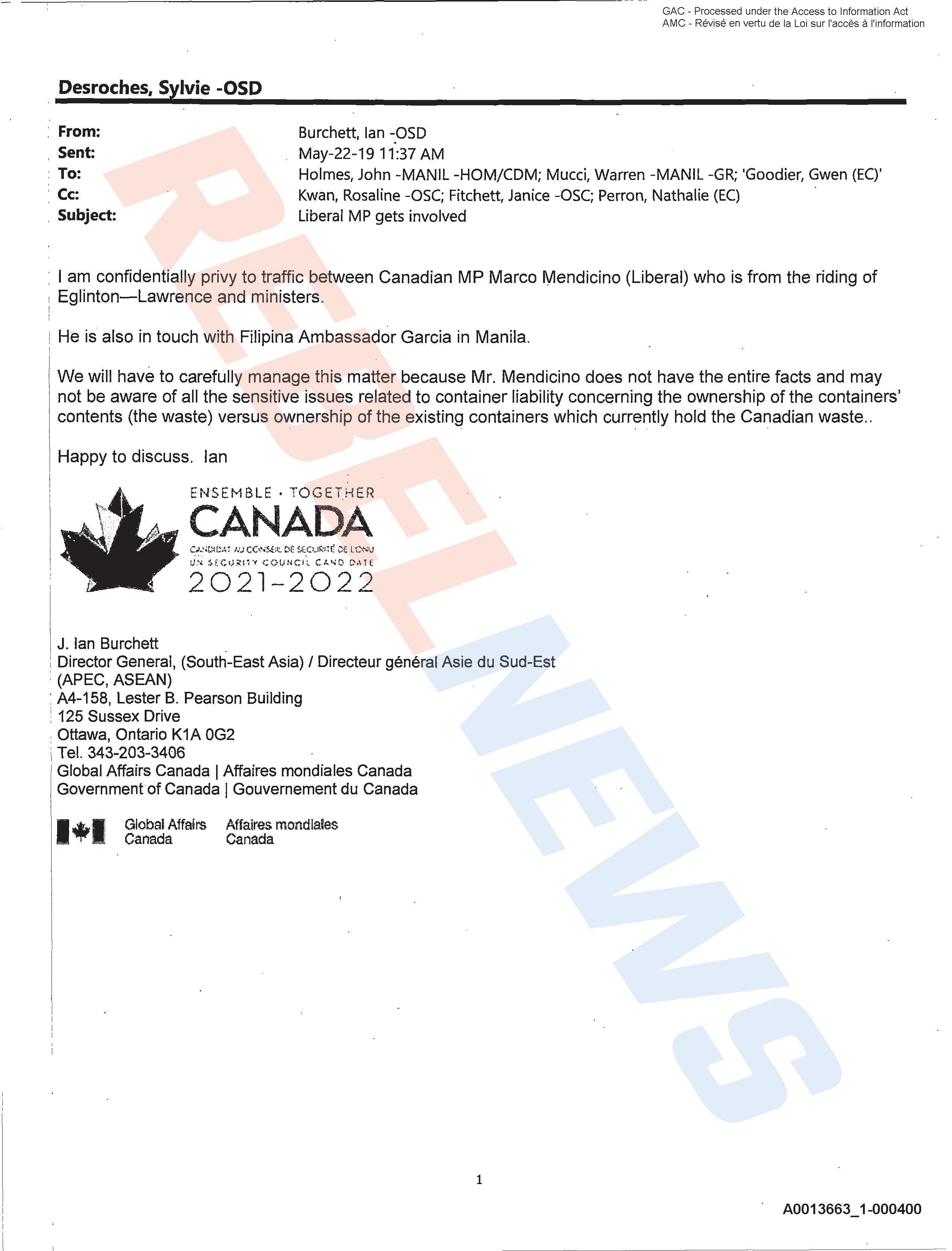