Russia warns US about dangerous incursions into airspace

The Russian foreign ministry described the U.S’s actions as “provocations near Russia’s borders.” 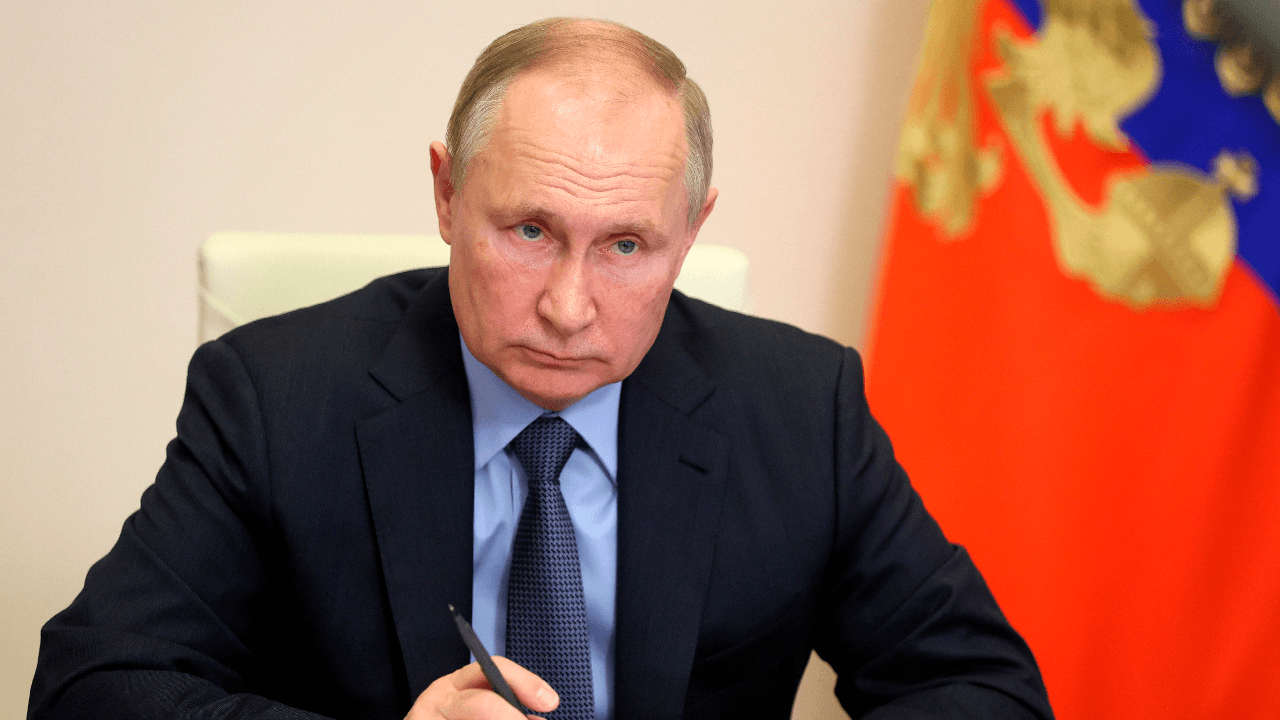 Russia is warning the United States of “dangerous consequences” amid its build-up along the Russian-Ukrainian border and vocal backlash from the Biden administration and NATO countries.

On Wednesday, the Kremlin sent a scathing letter admonishing the U.S. Embassy in Moscow “warning about the dangerous consequences” the U.S. will face if it continues to posture in Russian territory, which it claims is endangering the lives of civilians. The letter cited the U.S.’ continued military flights and naval activity near Russia’s borders.

“The military activity of the United States and NATO member states along the perimeter of Russia’s borders, including military flights and dangerous maneuvers by naval ships, continues to mount,” read the statement. “The US military and its NATO allies have gone from attempts to test the strength of our border protection system to provocations against civilian aircraft, which jeopardises the safety of the airspace and puts human lives in danger.”

“In connection with these provocative actions, on December 8, the US Embassy in Moscow received a note of protest warning about the dangerous consequences of this reckless behaviour,” the statement continued. “The note enumerates recent incidents which did not end in tragedy only due to sheer luck and the quick thinking of Russian pilots and air traffic controllers.”

The Russian spokeswoman cited an incident in which a U.S. reconnaissance aircraft performed a dangerous maneuver in an area under the management of Russian air traffic control. According to the spokeswoman, the route used by the surveillance aircraft was reserved for civilian flights, and potentially endangered them due to their failure to answer repeated calls from air traffic controllers.

“Thus, on the morning of December 3, the US Air Force CL-600 reconnaissance aircraft performed a flight over the open waters of the Black Sea near the area of responsibility of the Russian air traffic services and made a steep descent from an altitude of 11,000 m to an altitude of 9,200 m, having thus crossed the route reserved for civil aircraft. The crew failed to answer the airtraffic dispatchers' repeated calls.”

“Thanks exclusively to the professionalism and discipline of our aviation services, which promptly gave a command to the pilots of an Aeroflot flight, whose route was crossed by the reconnaissance aircraft, a collision was prevented,” she said. “In the same hours and for the same reasons, a Maltese airliner flying from Sochi to Skopje narrowly escaped a collision. Later that day, December 3, Russian military aircraft scrambled to escort the US Air Force RC-135 strategic reconnaissance aircraft over the Black Sea.”

“We observe these dangerous situations on a regular basis,” Zakharova said.

The Russian spokeswoman cited two other incidents that nearly resulted in mid-air collisions.

Earlier, on October 6, as the note presented to the US Embassy says, ​​flight PSD093 performed by the Special Flight Detachment Rossiya en route from Anapa to Moscow, at 3:50 pm (Moscow time), when it was above the Black Sea coast between Anapa and Novorossiysk, detected an unidentified flying object that was flying straight ahead of it and failed to establish communication. It was identified as the UAV Reaper (MQ9AReaper) which is used by NATO for reconnaissance missions. To avoid a collision, the air controllers from the Rostov Regional Air Traffic Management Centre swiftly changed the Russian air carrier’s route.

On October 13 at 9:58 am (Moscow time), a US Air Force Boeing RC-135 reconnaissance aircraft got dangerously close to a Boeing 767-300 ER passenger aircraft operated by Azur Air airline which was flying from Ramenskoye Airport to Sharm El Sheikh, Egypt. The incident took place in the area of responsibility of the aforementioned Rostov Centre. Given the circumstances, the air controllers instructed the pilots to make a steep descent in order to avoid a collision.

“Reserving the right to respond to the corresponding challenges posed by the United States and NATO members, we call for a substantive dialogue on security guarantees and a discussion of pathways to reduce military and political tensions and to prevent dangerous incidents in the air and at sea. Otherwise, all the means at our disposal will be used to prevent and neutralise emerging threats,” Zakharova said.