Sergey Karjakin, a 32-year-old chess grandmaster, who’s among the top 20 players in the world, was banned from international participation in the sport after he wrote an open letter to Russian President Vladimir Putin in support of the war. 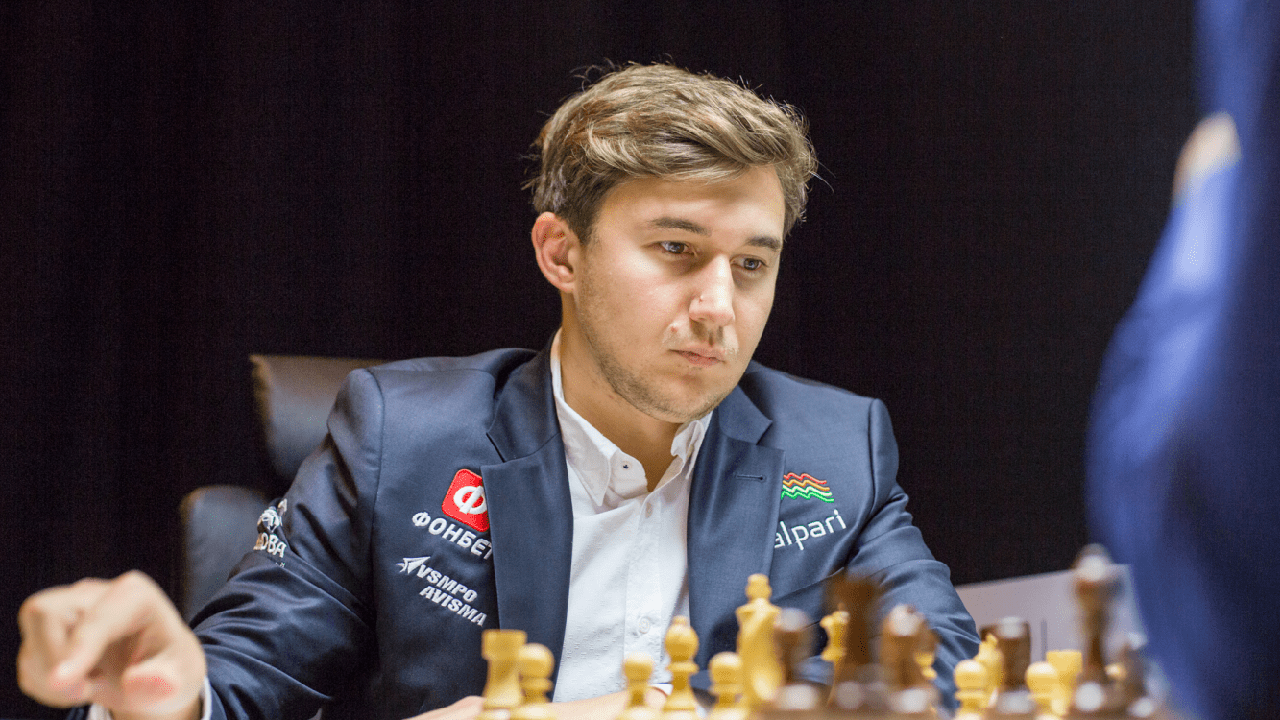 A young Russian chess grandmaster who expressed support for his country’s military operation in Ukraine has been banned from competing internationally by the International Chess Federation (FIDE) over his views.

While Western organizations pride themselves as bastions of liberal democracy and free speech, certain political views are clearly forbidden from being expressed.

Sergey Karjakin, a 32-year-old chess grandmaster, who’s among the top 20 players in the world, was banned from international participation in the sport after he wrote an open letter to Russian President Vladimir Putin in support of the war.

He argued that Russia is “fighting for the demilitarization and denazification of Ukraine with its ruling regime, which has put the security of all of Europe and our country at risk, for the sake of its political goals and ambitions.”

Echoing Putin’s justifications for the conflict, Karjakin wrote: “For eight long years we have been waiting with hope for salvation from countless shelling and loss of human lives, the ongoing genocide by the still acting Kiev regime.”

“I express to you, our commander-in-chief, full support in protecting the interests of Russia, our multinational Russian people, eliminating threats and establishment of peace! I wish you the speedy fulfillment of all the tasks assigned to our valiant army,” he added.

On his public Telegram channel, Karjakin addressed Ukrainians to tell their government to end their resistance to avoid prolonging this “senseless” war. According to Russian translators, Karjakin openly refers to the “special military operation” as a war.

On his Telegram channel, Sergey Karjakin addresses Ukrainians and advises them that since they have zero chance of defeating Russia, they should end their resistance and avoid prolonging this "senseless" war...https://t.co/YpmNoxAHNN
(And yes, for once he calls it a "war".)

“Sergey Karjakin is found guilty of breach of article 2.2.10 of the FIDE Code of Ethics and is sanctioned to a worldwide ban of six months from participating as a player in any FIDE rated chess competition, taking effect from the date of this decision, 21 March 2022,” the International Chess Federation (FIDE) said in a statement.

“The statements by Sergey Karjakin on the ongoing military conflict in Ukraine have led to a considerable number of reactions on social media and elsewhere, to a large extent negative towards the opinions expressed by Sergey Karjakin,” the FIDE continued.

The FIDE’s ban of Karjakin follows its blanket ban of Russia and Belarus from participating in team events. The FIDE’s suspension of Karjakin from individual events is expected to last at least six months.

In addition to the international suspension, Karjakin has been banned from European tournaments and blacklisted by the Grand Chess Tour from Chess.com.

“I’m disappointed,” said Karjakin of the bans. “You understand, this is not just a suspension for six months, everything was planned. The idea was to prevent me from playing in the Candidates Tournament and to deprive me of a possible entry into the [world title] match with Magnus Carlsen.”

“I don’t know if I’ll be returning in six months to tournaments under the auspices of FIDE,” added the chess grandmaster. “They dishonoured not me, but themselves. I just don’t remember such a precedent when a chess player was not allowed on principle. It’s a shame.”

Karjakin’s ban comes days after the British government threatened to ban Daniil Medvedev from participating in the Wimbledon tennis tournament unless he publicly denounced his country.