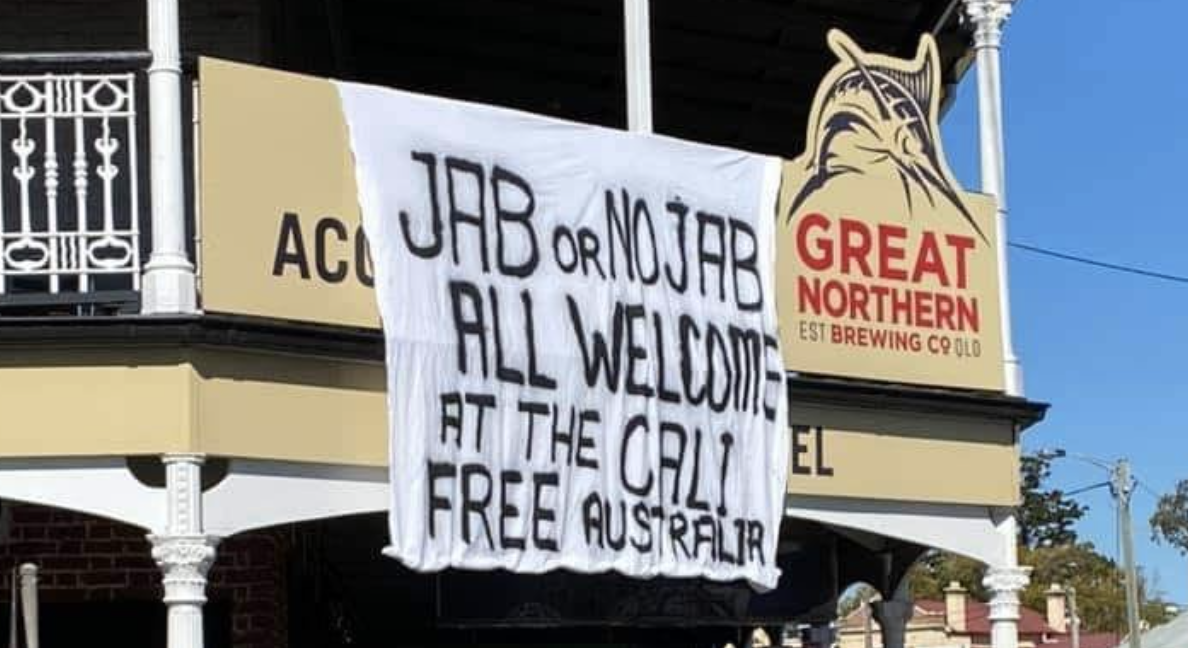 It forms part of their ‘roadmap to freedom’ for vaccinated members of society. Those who are not vaccinated will face increasing isolation from the rest of Australian society including being fired from their jobs and banned from public transport.

The state government intends to force all non-essential businesses to exclude unvaccinated patrons from their premises. Barilaro added that any business that serves an unvaccinated customer will face significant fines and severe penalties. Police will be sent to ‘keep an eye’ on businesses that do not check compliance.

“If you want to go and buy something which is regarded as a non-essential shop, you will put up the QR code and if it is not a green light saying you have been vaccinated, you won’t be welcome inside,” said NSW Premier Gladys Berejiklian.

It comes after a Facebook group was started to host family businesses who refuse to engage in segregation and discrimination against their fellow citizens.

The group, which has grown to 139,900 members, is full of messages promising equal treatment of all customers. They advertise themselves as pro-choice, pro-privacy, and pro-human rights.

(Meanwhile, parliament has exempted itself from mandatory vaccination.)

Scott Morrison tried to justify discrimination against vaccination status by claiming businesses should be allowed to refuse service to customers based on property law. He argued that businesses have a legitimate right to refuse entry to someone who has not been vaccinated.

The Australian PM may need to read the 1988 privacy act. pic.twitter.com/Z6wEXoyH7Z

This is despite existing privacy laws and anti-discrimination laws forbidding businesses from asking customers these details.

“A business under property law has the ability to say ‘no, you can’t come in’, and they can ask for that [proof of vaccination], that’s a legitimate thing for them to do, and they’re doing that to protect their own workers, to protect their other clients,” said Scott Morrison during a 2GB radio interview. “It’s got nothing to do with ideology, and these issues around liberty and so on. We all believe in freedom, but we also believe in people being healthy.”

If this is about a business owner’s right to choose who enters their property, then that business should be allowed to serve unvaccinated patrons if they want to.

“That’s not how I refer to them [vaccine passports] – people have certificates of vaccination,” added Morrison.

As soon as the last dying fragments of the free market in New South Wales banded together to do exactly that, Barilaro stepped in to frighten, coerce, and threaten small family businesses into compliance.

Denying businesses the right to serve their clients and forcing them to engage in segregation and discrimination against other Australians has left New South Wales in an unprecedented legal minefield.