Taiwanese leaders agree with being labelled “most dangerous place on Earth” 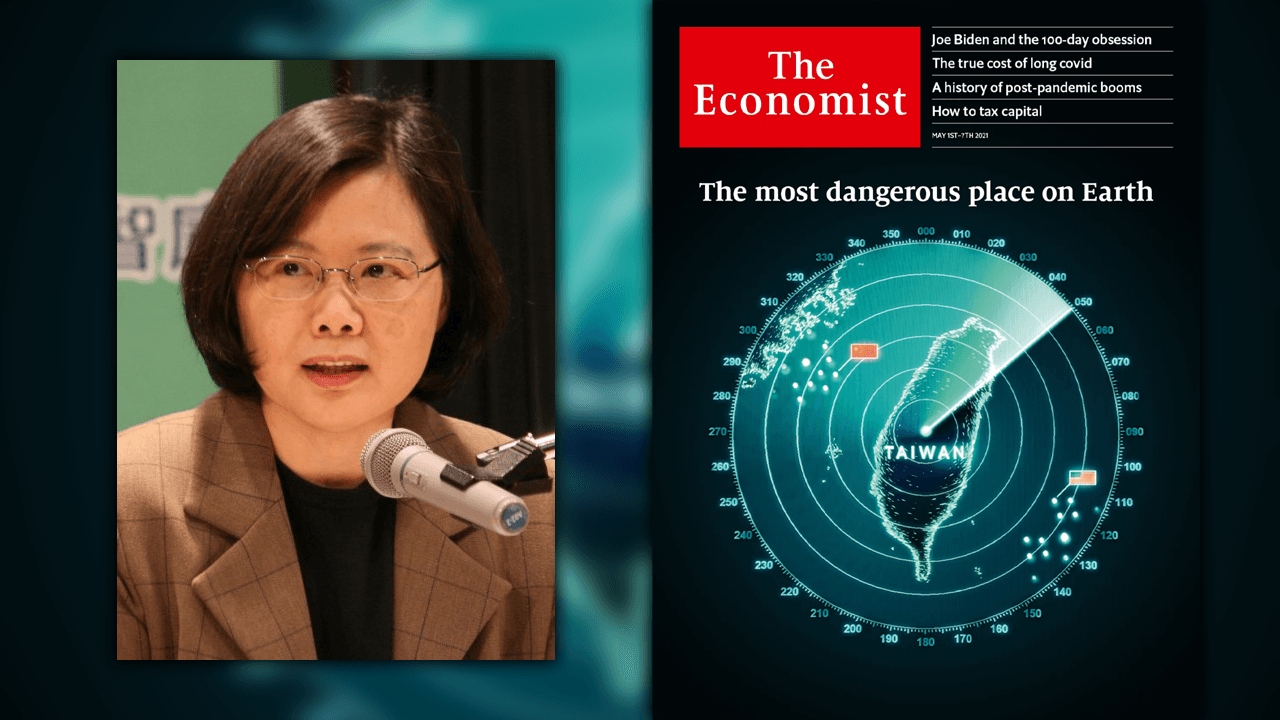 The nation of Taiwan has responded to a cover of The Economist that depicted the sovereign island nation as “The most dangerous place on Earth” due to its proximity to China and its rival’s territorial ambitions.

According to Radio Free Asia, Taiwanese politicians largely welcomed the headline and graphic of the May 1, 2021 issue of the magazine for drawing attention to the threat of China. The graphic shows Taiwan, whose 24-million inhabitants are routinely refused international representation due to pressure from the Chinese Communist Party, as the center of a radar with a Chinese naval fleet on the left and American forces on the right.

In recent months, Taiwan has faced increasingly hostile rhetoric from China, whose military leaders have promised to annex it by force and “reunite” it with the mainland. Taiwan has maintained its sovereignty from China since the mainland’s takeover by the Chinese Communist Party following the Second World War.

Taiwan is the world’s biggest producer of semiconductors, a primary component in in computers, automobiles, and other electronic devices.

Taiwan’s ruling president, Tsai Ing-Wen, said that the article “highlights the threat that China’s military expansion poses to the Taiwan Strait and surrounding areas,” adding that “[w]hile Taiwan does face a real threat from China, I want to assure everyone that our government is fully capable of managing all potential risks and protecting our country from danger.”

“The danger referred to in the article originates with China, and doesn’t only affect the Taiwan Strait,” said Taiwan’s foreign ministry spokeswoman Joanne Ou. “China has intimidated its neighbours and pursued expansionist policies across the East China Sea, the South China Sea and in southeast Asia.”

In April, U.S. National Security Advisor Jake Sullivan reiterated that the United States’ support for Taiwan remains unwavering, and that Washington unilaterally opposes any military aggression by China that would alter the status quo.

“That is how we are going to continue to approach the Taiwan issue going forward, with steadiness, clarity and resolve with respect to our view that there should be no unilateral changes to the status quo,” he said.