The Coutts truckers are being prosecuted — help them fight back!

The RCMP charged alleged 'key participants' of the Coutts blockade with mischief — we need your help to fight back. 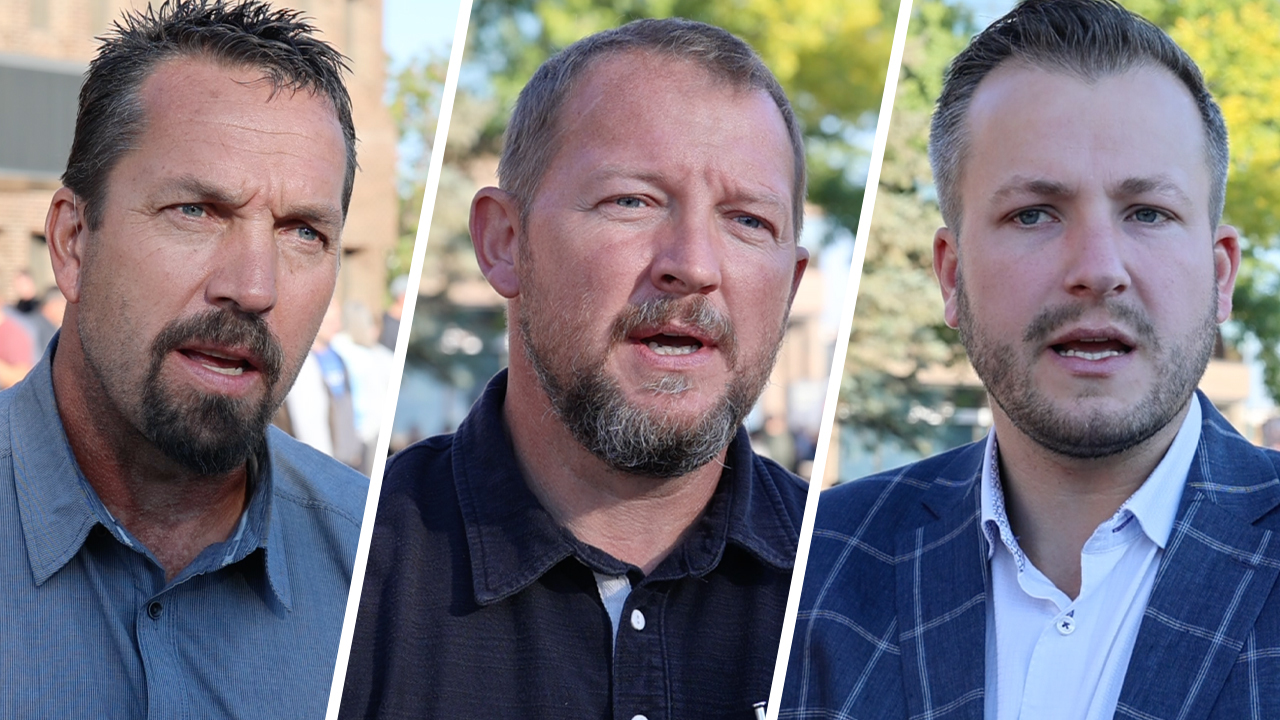 Check out our exclusive reporting from today, outside the courthouse in Lethbridge, Alberta, where supporters of the truckers have been gathering. You can view that report here.

These truckers bravely stood up for all of us and in response were threatened with fines and criminal charges by the RCMP.

WATCH: @EzraLevant is in Lethbridge, Alberta, where every street corner has police vehicles, because a trucker convoy is headed to the city to show support for truckers being charged in connection to the Coutts blockade.https://t.co/C9URgfjAL7 to learn more and contribute. pic.twitter.com/0BS52QDYlx

On September 16, the RCMP released an update to lay further charges on Marco Van Huigenbos, Alex Van Herk, and George Janzen, which came with three new charges of mischief over $5,000 and up to 10 years in prison for allegedly being key participants in the blockade.

The Crown is prosecuting the case in an abusive, radical vendetta style, which is completely unacceptable under the leadership of Alberta's new premier, Danielle Smith.

This is expected to be a long and complicated trial — the prosecutor is already playing tricks and is trying to move the trial to a less conservative city like Calgary.

So, Rebel News is gearing up to fight this mighty battle — but we need your help.

Rebel News journalist Sydney Fizzard (@SydFizzard) is closely covering the court proceedings. You can stay up to date with his coverage on this page.