The three-year-old was born in Sacramento, California, and has an American passport. 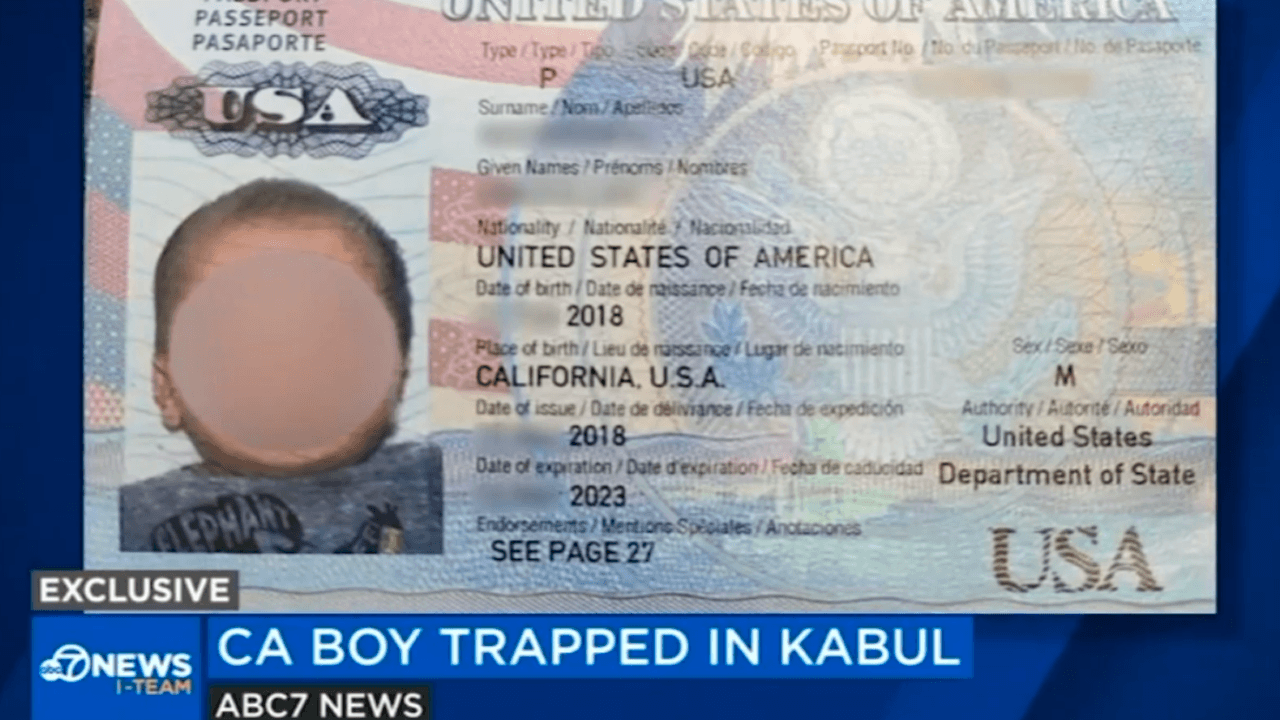 A three-year-old boy from Sacramento, California is one of the hundreds of American citizens who were abandoned in Kabul amid President Joe Biden’s disastrous troop withdrawal from Afghanistan, which officially concluded on Monday.

This three-year-old boy was born near Sacramento; his passport shows he is a US citizen, and he's going through a harrowing ordeal right now, unable to escape Afghanistan. We're hiding his identity and that of his father, a social worker, and other family members who are all US permanent residents, for fear of them being captured by the Taliban.

U.S. military veterans advocate James Brown told ABC 7 News, "I received a call Sunday morning at about 6 a.m. from a friend of mine who's an active duty Marine Corps officer stationed overseas, and he basically felt like his hands were tied and he needed some help getting this family out."

According to the news station, Brown has been working since Sunday morning to get the child and his family safe passage through the Kabul airport and into the United States, and contacted Rep. Jackie Speier and her staff who jumped into action.

Speier also penned an open letter to anyone in Kabul that might be capable of getting them through the airport.

"I believe it is of particular and urgent concern that these individuals be allowed to pass through the gate and be given safe refuge at Hamid Karzai International Airport ... so that they might be available for departure,” she wrote.

Armed with that letter, the boy, his father and several other family members approached the airport, but the Taliban attacked.

Brown said, "And they were stopped by a Taliban checkpoint, and they received physical beatings at the gate and they were pushed back where they had to flee and return to a safe house."

The I-Team spent Monday funneling questions through our ABC News colleagues in Washington to officials at the White House and State Department.

Secretary of State Antony Blinken promised that his department will “continue our relentless efforts to help Americans, foreign nations, and Afghans leave Afghanistan if they choose.”

According to the news station, the stranded family and the child are now “on the move” after connecting with other Americans still trapped in Afghanistan, who are “desperate to flee Afghanistan – without the normal channels of the U.S. government, in the chaos that we left behind.”