In August, the City of Toronto announced a vaccine mandate for all city employees, stating that they have until October 30 to get vaccinated against COVID-19. 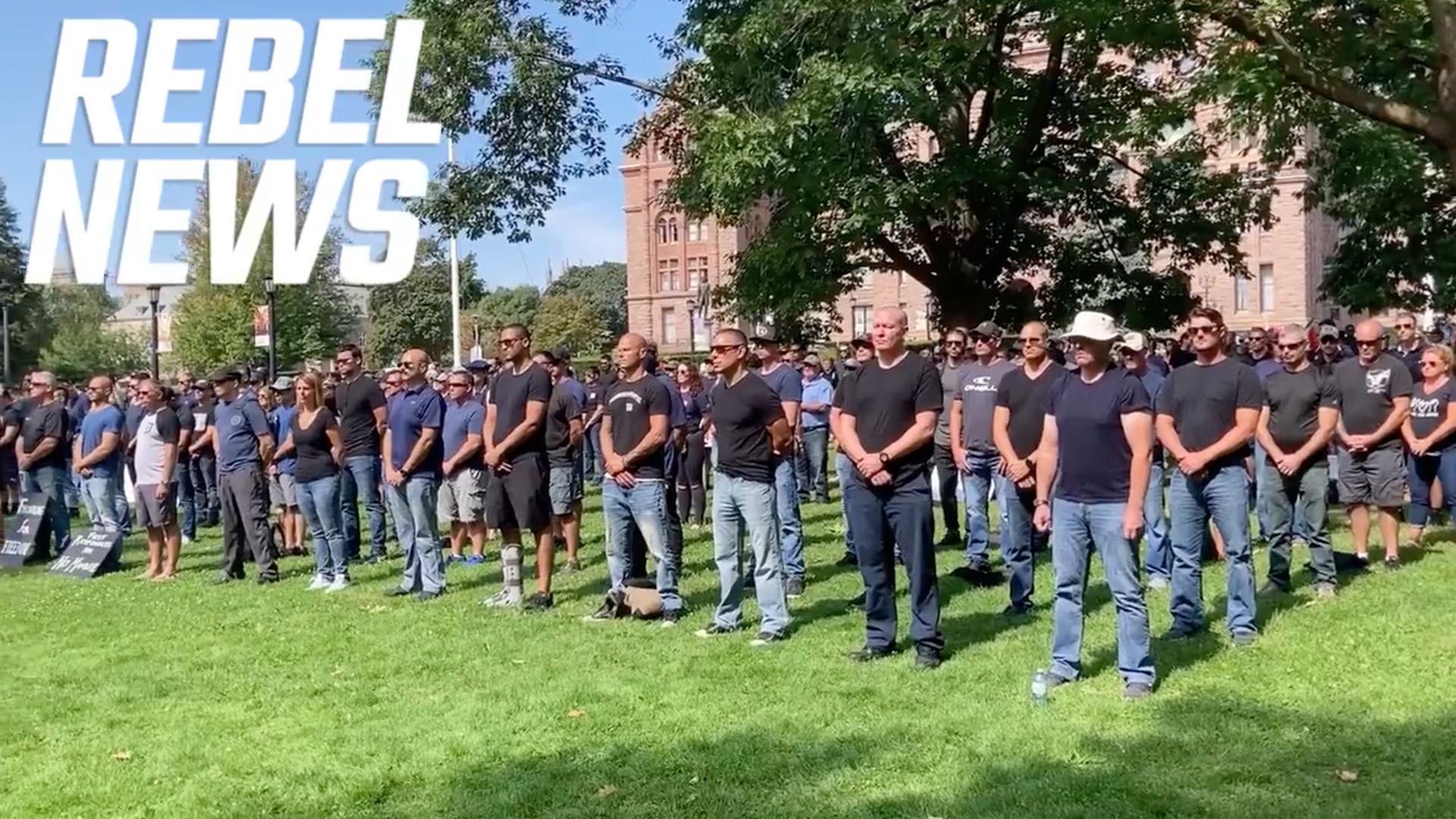 A group of more than 100 police officers, firefighters and paramedics have gathered in Toronto's Queen's Park for a silent protest against vaccine mandates for frontline workers.

The group of first responders stand in silent formation, with signs in front which read "Frontline for Freedom" and "First Responders for No Mandate."

In August, the City of Toronto announced a vaccine mandate for all city employees, stating that they have until October 30 to get vaccinated against COVID-19.

Shortly after, the Toronto Police Service announced its own mandate for all employees including both uniformed officers and civilian workers.

Today, we announced a mandatory COVID-19 vaccination requirement for our members, both uniform and civilian. The safety of the communities we serve, our members and our workplaces are of utmost importance. #Toronto #ToServe&Protect https://t.co/66EkzFiySS

The Toronto Police Association, which is the union representing Toronto's police officers, responded by announcing that it would oppose the mandate on behalf of its members.

Earlier this month, police officers and their supporters gathered outside of Toronto Police Headquarters to protest the vaccine mandates, and thousands of Torontonians took to the streets in protest following Doug Ford's announcement of a provincial vaccine passport for Ontario.