Addressing the matter, Trudeau said that the Emegencies Act would not stay in effect 'a single day longer' than is required, but that he intends to keep it in place for now amid concerns that protesters and trucks could be regrouping for a return to Ottawa. 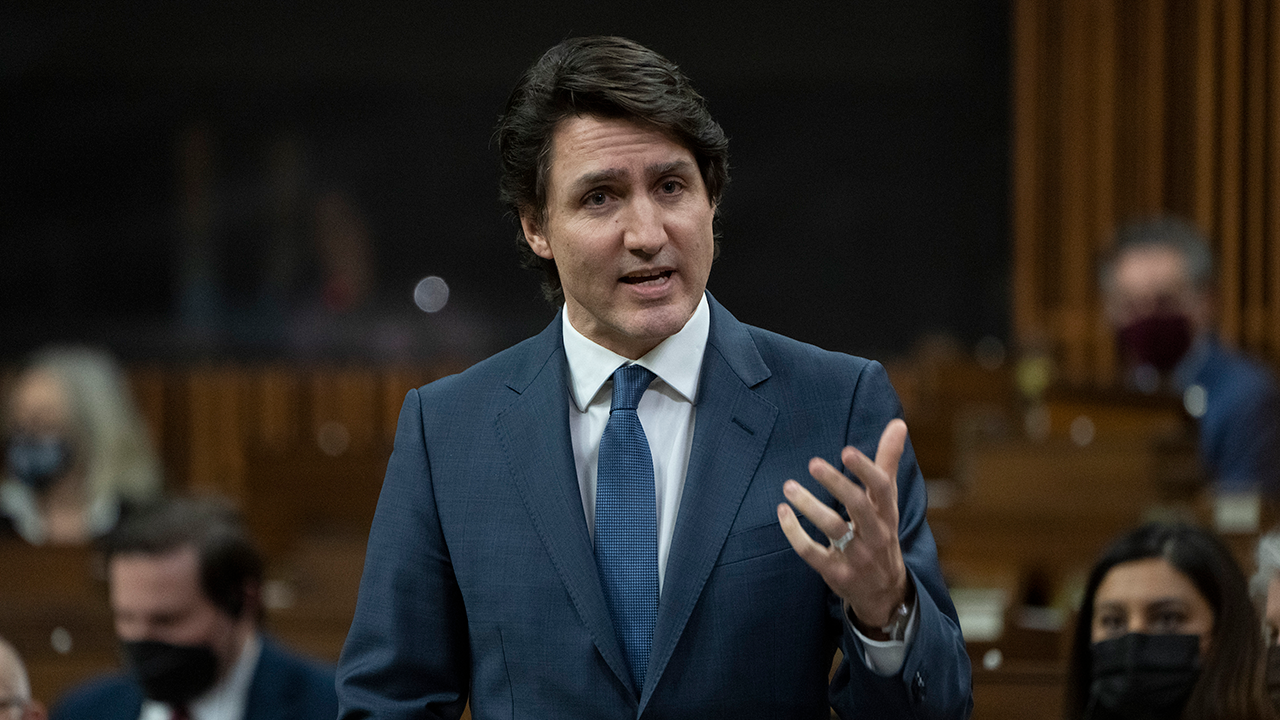 Canadian Prime Minister Justin Trudeau delivered his remarks regarding the ongoing use of the Emergencies Act, which were put in place following weeks of protests in the capital city of Ottawa and other parts of the country.

Addressing the matter, Trudeau said that the Emegencies Act would not stay in effect “a single day longer” than is required, but that he intends to keep it in place for now amid concerns that protesters and trucks could be regrouping for a return to Ottawa.

The powers will remain in effect until mid-March unless rescinded earlier by the government or by Parliament.

“This state of emergency is not over,” said Trudeau.” There continues to be real concerns about the coming days. But we will continue to evaluate every single day whether or not it is time,” said the prime minister during a press conference on Monday, calling the use of the Act necessary but “not something we ever want to see again.”

Asked if the emergency powers invoked by Trudeau are still required as the blockades at border crossings around Canada and the protests at the capital have all been alleviated and free from “Freedom Convoy” protesters after a week of police operations, Trudeau stated that the situation has not been entirely resolved.

Trudeau justified the decision to keep the emergency powers in place, citing how anti-mandate protesters still remained in Arnprior and Embrun, two towns adjacent to Ottawa. He also noted that truckers have expressed an interest in resuming the blockades.

“We will re-evaluate every single day, but right now, when the situation is still of people prepositioning, people being out there indicating that they are ready to blockade, to continue their illegal occupations, to disrupt Canadians' lives, we feel that this measure needs to remain in place,” he said. “We hope to only keep it in place for a number more days.”

By late Sunday, police arrested at least 191 protesters in Ottawa and towed 79 vehicles. Police have made nearly 400 charges against “Freedom Convoy” participants with charges ranging from mischief and obstruction, to assaulting a police officer.

During his address, Trudeau thanked law enforcement agencies for carrying out the large-scale operation, while noting that the situation over the past few weeks was “disturbing” and stressful for Canadians.

“This situation is not anything anyone wanted and, quite frankly, is not something we ever want to see again,” Trudeau said.

Later Monday, Members of Parliament are set to vote to confirm the powers. Trudeau suggested that he sees the vote as an indication of the level of confidence the House of Commons has in his continued leadership.

“I can't imagine anyone voting against this bill as expressing anything other than a deep mistrust in the government's ability to keep Canadians safe at an extraordinarily important time,” Trudeau said.

The motion is expected to pass, with the NDP supporting the Liberals to see the declaration of emergency motion pass. The Conservatives are expected to vote against it.

Over the weekend, Conservative members repeatedly condemned the Trudeau government’s use of emergency powers, which includes compelling tow truck drivers to remove vehicles, to freeze bank accounts and other financial assets of the “Freedom Convoy” protesters and their supporters.

“The rights and freedoms of Canadians must be defended at every turn. The prime minister with the help of the NDP are making a dangerous mistake by enacting the Emergencies Act,” wrote interim Conservative Leader Candice Bergen on Sunday on social media.