Speaking at CPAC 2022 in Orlando, Florida, Tulsi Gabbard denounced Trudeau and his government over the way they treated the peaceful convoy protests through martial law and freezing bank accounts. 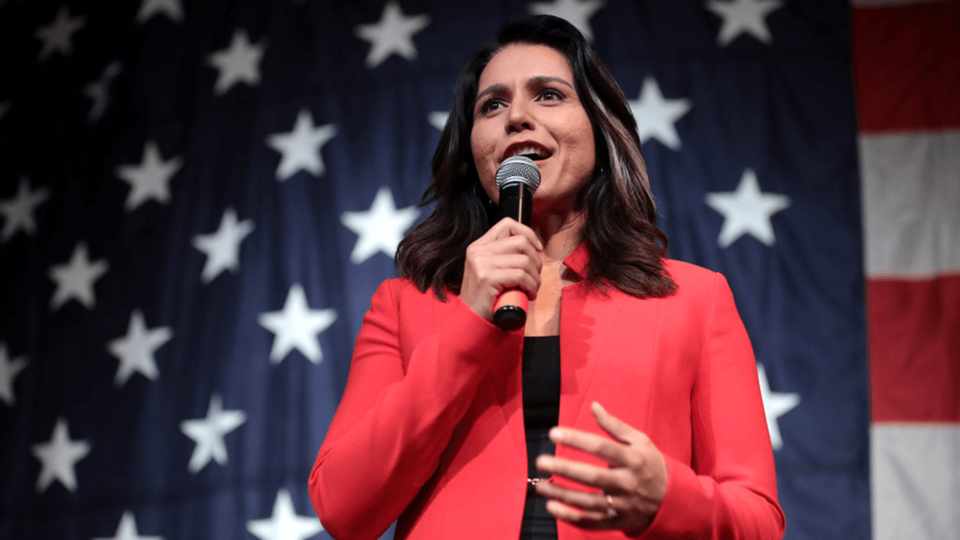 Tulsi Gabbard, the former congresswoman from Hawaii and vice chair of the Democratic National Committee, criticized Prime Minister Justin Trudeau for his “genuinely authoritarian and tyrannical” method of dealing with the Freedom Convoy.

Former Congresswoman Tulsi Gabbard, calls out Trudeau's handling of the peaceful trucker convoy as: "genuinely authoritarian and tyrannical" and refers to him as the "autocratic leader of Canada."

Speaking at CPAC 2022 in Orlando, Florida, Gabbard offered condemnation for the way the Canadian prime minister responded to the Freedom Convoy protests in Ottawa and across the country.

Describing how the Canadian government has taken extraordinary measures to deal with protests against COVID policies, Gabbard said “we have the autocratic leader in Canada who's resorted to genuinely authoritarian and tyrannical means to suppress a peaceful mass protest against the power elite there [in Canada].”

“Everything that we see happening up north, everything from the execution of emergency powers to the freezing of bank accounts, the seizure of children from parents, the destruction of livelihoods and small businesses — all of these things could happen here,” the former Democrat warned.

Gabbard explained that the Trudeau government, much like the Biden government in the U.S., is “afraid of a free society.”

“I've got to believe that Thomas Jefferson was thinking about these cowardly, fearful leaders when he said 'they prefer the calm of despotism to the boisterous sea of liberty',” Gabbard said. “They're afraid of the freedom that empowers each and every one of us to seek the truth, to speak freely, to question their decisions and their authority.”