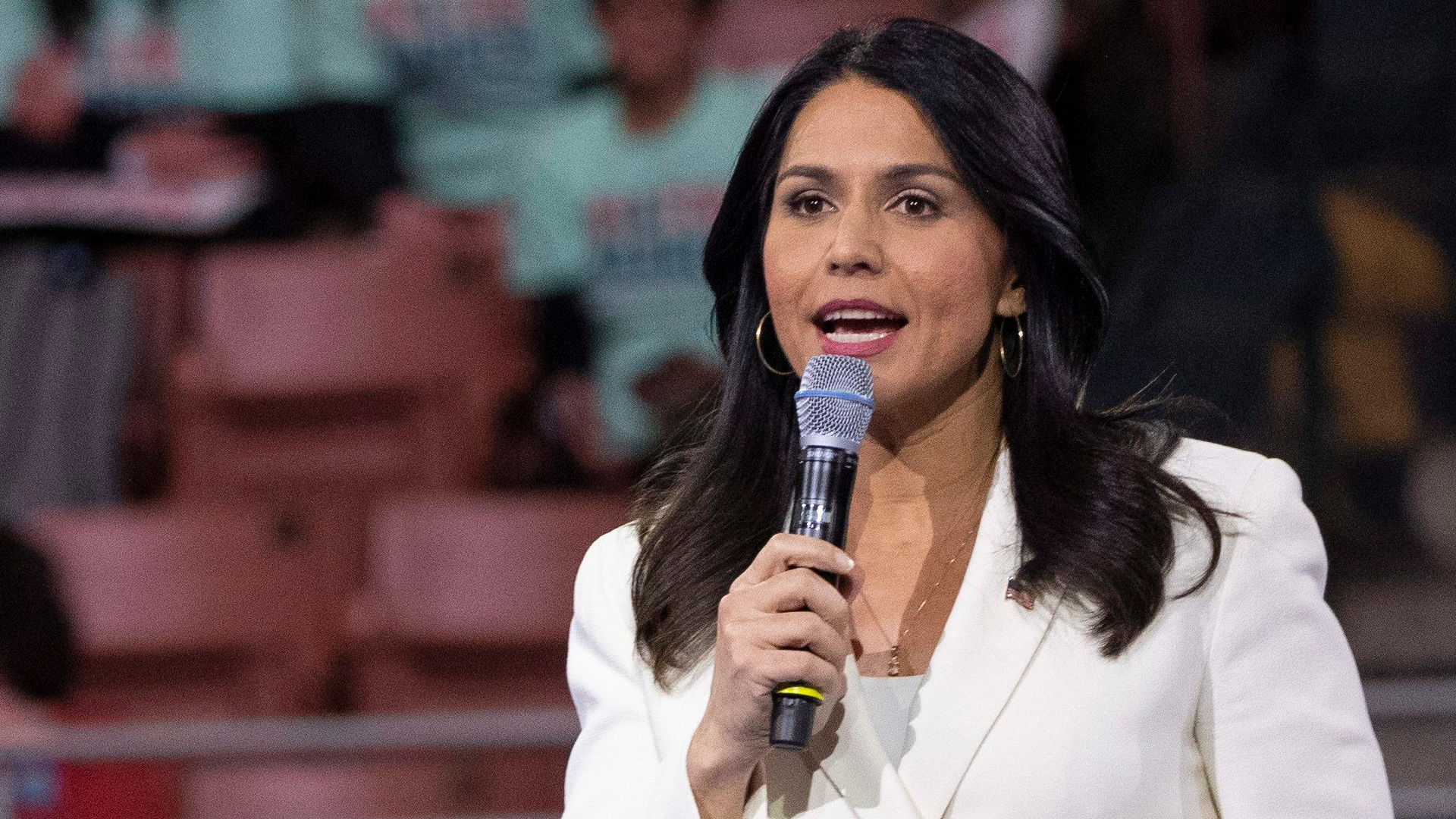 After recently announcing a departure from the Democratic Party, Tulsi Gabbard made a string of appearances on highly-popular programs such as Tucker Carlson Tonight, Jesse Watters, and of course Joe Rogan.

This is not the first time Gabbard has made waves and certainly angered Democrat-supporting outlets by appearing on these or similar programs; often being heralded as the most reasonable or logically consistent member of the national party. Gabbard, who ran for president in the 2020 election (suspended campaign March 19, 2020) has become the darling of many right-wing pundits for her anti-war and anti-Hillary Clinton stances. However, a simple review of Gabbard's policy positions from just a couple years ago in the aforementioned presidential race reveals that most of her opinions are more than left-leaning, but rather in lockstep with the establishment Democrats.

While it is difficult to find original, campaign website pages from Gabbard, Politico and BallotPedia both provide summaries of her stances from 2019/2020, for which we will give the benefit of the doubt to Gabbard for any unclear or possibly misconstrued positions.

Out of 31 policies listed, it is more than fair to say that 16 of Gabbard's positions easily align with the Democratic establishment, while six would certainly align with the current Republican party, with an additional 11 not easily attributable to either party. Of the previously mentioned 16 positions, here are the most liberal:

Gabbard supported ending cash bail, aligning with Joe Biden, Cory Booker, Pete Buttigieg, Beto O'Rourke, Bernie Sanders and Elizabeth Warren. The elimination of the bail process has been highly criticized by right-wing pundits, which in its most extreme case may be like in Illinois, where suspects charged with second-degree murder or kidnapping would not require bail.

Perhaps shockingly, Gabbard shares the view of Bernie Sanders and many, very-left politicians by supporting the closure of nuclear power reactors, the banning of off-shore drilling, and focusing investments "100%" in renewable energies.

"As president, I’ll tackle climate change by ending subsidies to big fossil fuel and agribusiness corporations, ban offshore drilling... We need to invest in 100% renewable and safe energy sources like wind, solar, and geothermal. I also support a ban on fracking, ending the $26 billion/year in fossil fuel subsidies, as well as all subsidies or waivers to the nuclear power industry, which should itself be completely responsible for paying for its own insurance and paying the long term cost for safe storage of nuclear waste over centuries."

As well, Gabbard said she would support universal background checks.

After reviewing 31 of Tulsi Gabbard's positions, I think it's fair to say only 6 align with Republicans while at least 15 are in-line with establishment DNC positions including:

"The time for action is now... Now is the time for us to come together and to take meaningful action towards responsible, common sense gun safety reform."

Gabbard proposed the federal minimum wage be raised universally to $15 per hour.

As we move closer and closer to a nuclear holocaust, we hear nothing but silence from so-called “progressives,” who supposedly care about the people and our environment/planet. Either they don’t really care, or… pic.twitter.com/X7HNqIYATW

Gabbard said she believes in free college, calling it "investing in the future of all our children."

"The cost of tuition keeps too many people from pursuing a college education. We need to resolve student debt and guarantee college for all."

Gabbard's views on abortion are listed as "few limits, if any." However, in December of 2020 Gabbard introduced a bill to block the abortion of fetuses 'capable of feeling pain.' In 2019, Gabbard came out against Georgia's abortion laws during an interview on TMZ.

Citing Tulsi Gabbard's official government website, the former candidate is said to be "working towards a system that will provide universal healthcare to all Americans—a standard met by nearly every other major industrialized country in the world," pushing towards a taxpayer-funded healthcare system.

Continuing, "We need a system that puts people first, ahead of the profits of insurance and pharmaceutical companies. The Medicare for All Act is an important step forward."

Her old website also stated "We need real healthcare reform that brings down costs, increases access to quality care, and ensures basic health services are available to all Americans."

The Democratic Party that I joined doesn't exist anymore. Today’s Dem Party is under the complete control of an elitist cabal of warmongers driven by cowardly "wokeness." If you can no longer stomach it, I invite you to join me.https://t.co/dhwhfqdK27 pic.twitter.com/FDWQkmoDN6

Tulsi Gabbard's platform included citizenship for 'Dreamers'/DACA members and immediate executive orders in the interim, "we must pass DACA to ensure children who know no other home are allowed to remain in the US and take steps to ensure children are not separated from their parents," she said on her campaign site.

Regarding the border, she asked for cooperative foreign policies with foreign countries, looking for a "humane pathway to citizenship."

Lastly, it may be important to note Gabbard's stance on impeachment. The former Congresswoman voted 'present' on the first impeachment of then-President Donald Trump, calling it a "zero-sum game."

Gabbard also endorsed President Joe Biden after dropping out of the 2020 presidential race.