The former Democratic congresswoman from Hawaii offered harsh criticism of President Biden and the Democratic Party. 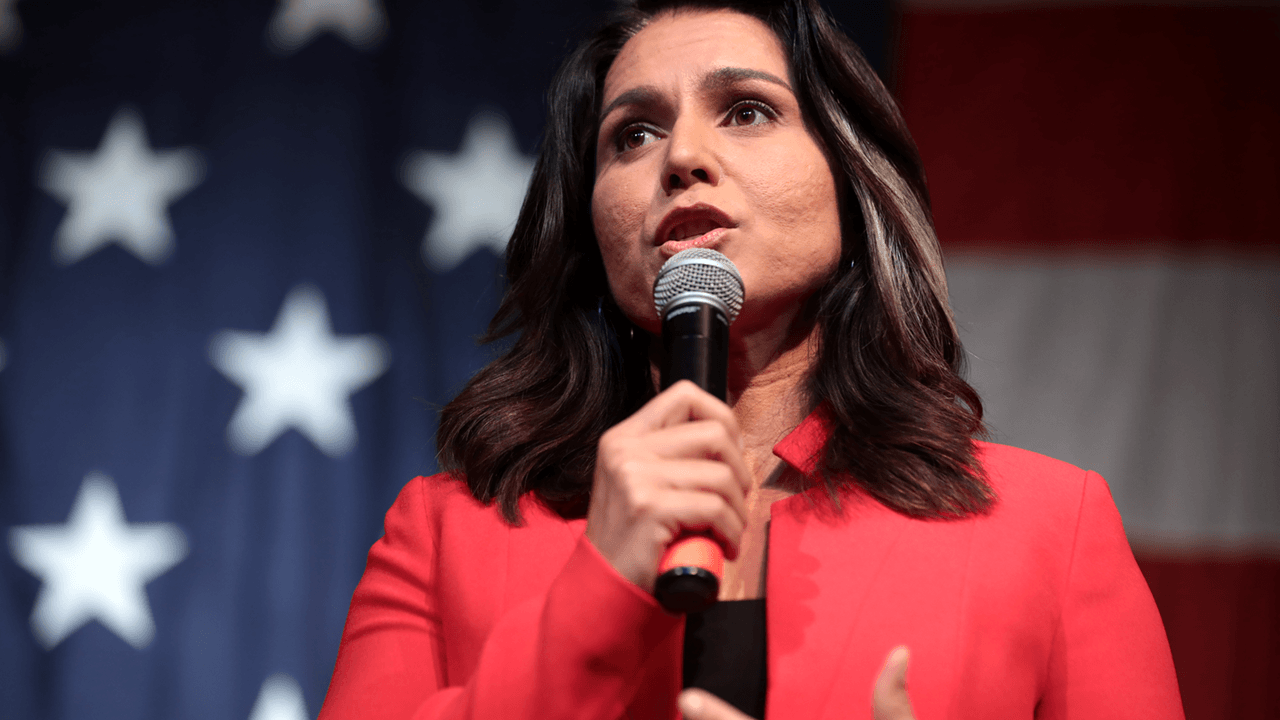 Former Democratic Rep. Tulsi Gabbard is continuing her streak of criticism against the left-wing establishment and mainstream media. During a Fox News interview on Wednesday, Gabbard slammed President Joe Biden for “tearing our country apart,” saying the Democrats are responsible for fomenting “anger and hatred.”

Speaking to Fox News host Neil Cavuto about a recent poll that found close to half of Democrats are rejecting Biden and do not wish to see him as the party’s nominee in 2024, which Rebel News reported on earlier this week, Gabbard said that it’s a sign that many Americans are rejecting the divisiveness and racialization by the Democrats.

“I think that the American people, it’s clear as we saw in Virginia, it’s actually a positive sign that they’re rejecting the kind of divisiveness, racialization of everything in this country, the fomenting of anger and hatred, that unfortunately, we’re seeing coming from so many of my fellow Democrats,” Gabbadrd said, referring to the Virginia gubernatorial vote that saw the election of Republican candidate Glenn Youngkin.

“And I think the Virginia governor’s election was a positive indication of voters taking a stand and letting their voices be heard through the ballot box,” she said.

When asked about observations made by a Democratic strategist on the party’s wokeness problem, Gabbard replied in the affirmative.

“It’s true, you know, when you have people in positions of power, who arrogantly believe that they’re not accountable to the people and who treat us like we’re stupid, like they know better, they know best what’s good for us more than we know ourselves and all we got to do is blindly follow along and listen, it’s no wonder that people are rejecting that,” said Gabbard.

“If there is no respect for us, as individuals, as Americans coming from our leadership, then how could they expect that we, the American people, should offer any respect or trust towards them?” Gabbard added.

Gabbard said that she was disheartened by President Joe Biden’s direction of the country, which she says is undermining core American values and dividing the nation.

“You know, I’ve considered Joe Biden a friend for many years and I’ve been disheartened to see the direction that he’s taken in this administration,” she said, adding that Biden’s agenda “is undermining the fundamental principles of our country that is actually tearing our country apart, rather than working to bring us together to find our way forward and have respectful dialogue, even as we may have disagreements or differences on different issues, but come together as Americans treating each other with respect.”

“And I think that’s, it’s something that makes me sad to be quite honest,” she said.