"People are upset because their senior leaders let them down. And none of them are raising their hands and accepting accountability, are saying we messed this up," said Lt. Col. Stuart Scheller. 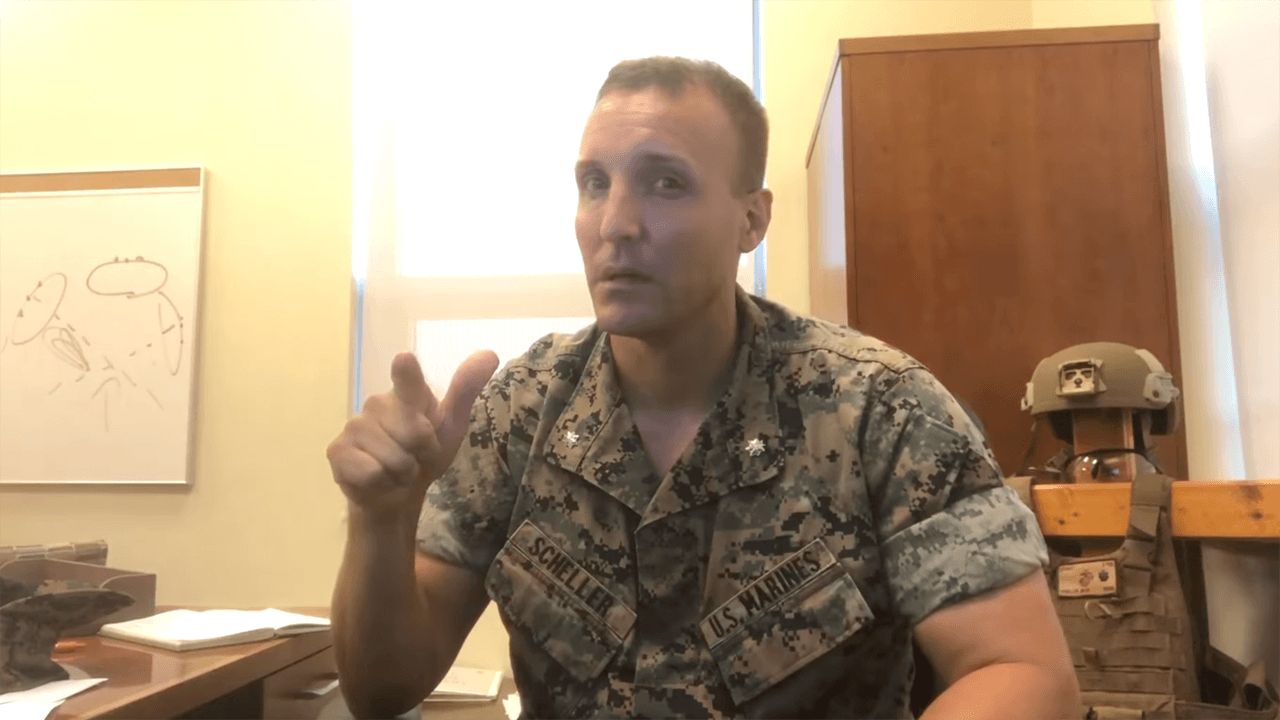 A U.S. Marine commander who spoke out against the Biden administration and demanded accountability from military leadership over the deaths of at least 13 U.S. service members in the recent Kabul airport attack was relieved of command for his remarks. He then resigned his commission following his dismissal.

Remarks by Lt. Col. Stuart Scheller, a U.S. Marine infantry officer and battalion commander, went viral last week as he called for members of the Biden administration to be held accountable for the disaster.

“[I’m] not making this video because it’s potentially an emotional time, I’m making it because I have a growing discontent and contempt for… perceived ineptitude at the foreign policy-level,” Scheller said. “And I want to specifically ask some questions to some of my senior leaders.”

“If I’m willing to risk my current battalion commander seat, my retirement, my family stability, to say some of the things that I want to say, I think it gives me some moral high ground to demand the same honesty, integrity, accountability from my senior leaders,” he added. “The reason people are so upset on social media right now is not because the Marine on the battlefield, let someone down, that servicemember has always rose to the occasion, done extraordinary things. People are upset because their senior leaders let them down. And none of them are raising their hands and accepting accountability, are saying we messed this up.”

“If an O-5 battalion commander has the simplest live-fire incident, EO complaint. Boom. Fired,” he continued. “But we have a secretary of defense that testified to Congress in May that the Afghan National Security Force could withstand the Taliban advance. We have Chairmen of the Joint Chiefs — who the commandant is a member of that — who’s supposed to advise on military policy. We have a Marine combatant commander. All of these people are supposed to advise. And I’m not saying we’ve got to be in the Afghanistan forever. But I am saying, did any of you throw your rank on the table and say, hey, it’s a bad idea to evacuate Bagram Airfield, a strategic airbase, before we evacuate everyone? Did anyone do that? And when you didn’t think to do that, did anyone raise your hand and say, we completely messed this up?”

“And what I’ll say is, from my position, potentially all those people did die in vain if we don’t have senior leaders that own up and raise their hand and say, we did not do this well in the end,” he concluded. “Without that, we just keep repeating the same mistakes. This amalgamation of the economic/corporate/political/higher military ranks are not holding up their end of the bargain. I want to say this very strongly. I have been fighting for 17 years. I am willing to throw it all away to say to my senior leaders, I demand accountability.”

According to Newsweek, Scheller gave up his commission after being dismissed from command.

"I'm currently not pending legal action and I could stay in the Marine Corps for another three years, but I don't think that's the path I am on. I'm resigning my commission as the United States Marine effective now," he stated in a new video on Facebook. "I have forfeited my retirement, all entitlements, I don't want a single dollar."

Scheller said that his boss asked him what he was trying to accomplish with his actions, and said that it was “a very tough question” and that his response was “I want senior leaders to accept accountability.”

“All I asked for was accountability of my senior leaders when there are clear, obvious mistakes that were made. And had they done that I would have gone back into rank and accomplished what I wanted,” he said.

At the end of his video, Scheller warned of the consequences for anyone who pursues stability and money, which he says can turn someone into a “slave to the system.”

"I don't need a single dollar. I just need every single person that's willing to go back outside the wire every single day to wear a blue collar, and just go into work every single day and feed their families," he said. "Those are the people that I need. Follow me and we will bring the whole f****** system down."