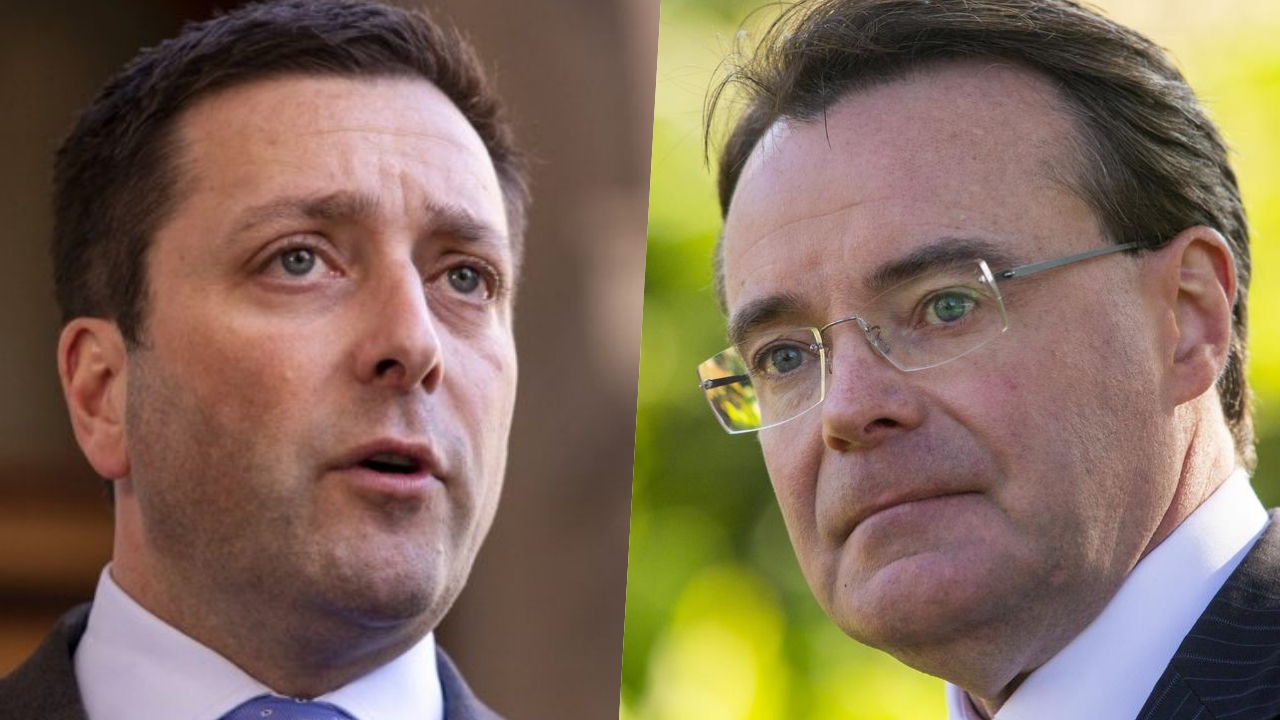 Whispers of a leadership spill within the Victorian Liberal Party are circulating as Matthew Guy closes in on current leader, Michael O’Brien.

Speculation intensified this morning when Matthew Guy, Tim Smith, and James Newbury resigned from the Shadow Cabinet. The likelihood that they are about to make a move on the Liberal leadership seems inevitable.

Matthew Guy and Tim Smith have resigned from the Shadow Cabinet ahead of a leadership spill coming tomorrow, if Michael O’Brien doesn’t step down today. Supporters of Mr O’Brien say it wouldn’t have got to this position if Mr Guy didn’t have the numbers @abcmelbourne #springst

A virtual party room meeting has been called for 7:45am on Tuesday. If true, O’Brien only has one day left.

“Michael O’Brien will be rolled this week. He has lost the support of the party room,” said a senior source.

This is not the first challenge that O’Brien has faced, although there is confidence that Matthew Guy has the numbers for a successful challenge.

O’Brien’s leadership has been shaky at best. Personal challenges have been smoothed over, but the party remains split into three distinct factions. Tim Smith, who has also had his eye on the leadership at one stage, is likely to support Guy’s return to the top job.

This is a dangerous time for O’Brien who found himself in a verbal brawl last week. Not only is his own party frustrated by the way O’Brien does business, they have genuine concerns that his leadership is election poison for the Liberals when the Victorian state election in rolls around in November 2022.

“[It’s] the greatest load of bullsh*t I’ve ever heard in my life,” said one of the party sources, regarding the strength of O’Brien’s electoral hopes. “There is no research that backs this. In fact, there is a significant amount showing Michael O’Brien is a net positive for Daniel Andrews.”

The source may be right. O’Brien has suffered his fair share of car-crash interviews over Covid restrictions and generally failed to differentiate himself from Daniel Andrews. The polls have Andrews firmly in front and destined to stay there, despite Andrews experiencing political catastrophes of his own, including becoming a figure of ridicule and mockery over health orders.

Political commentators talk of Matthew Guy as having stronger political instincts, which could be true on paper. The problem remains that despite whatever superior instincts he displayed in relation to O’Brien, it wasn’t enough to dethrone Andrews the last time when the Liberals began from a stronger position.

All Victorians wanted today was a little bit of hope. All we got instead was a lot more cruel lecturing.

Matthew Guy beat Michael O’Brien to the leadership role in 2014 and remained Leader of the Opposition between 2014 – 2018 until he retired in the wake of electoral defeat at the hands of Daniel Andrews.

In 2014, Matthew Guy was the Planning Minister with Michael O’Brien the outgoing Victorian Treasurer. Both had their eye on the prize of leadership after Denis Napthine resigned. Since then, they have had a fair go at the leadership – with equally lacklustre results.

Matthew Guy’s tenure as leader was marked with controversy, the most spectacular of which was nicknamed, ‘Lobster with a Mobster’ and saw him trailed around the campaign by activists dressed as lobsters. Already, the lobster memes have returned to social media – prepared to derail Matthew Guy’s prospects.

Everytime someone mentions Matthew Guy this gif pops up in my head pic.twitter.com/okEkbCJS0O

The 2014 loss sent the Liberal Party into a soul-searching expedition from which Michael O’Brien emerged. Now, as the next election looms over Victoria, the Liberal Party appears to be considering a course correction.

“The Liberal Party's values are about freedom of the individual, reward for effort, environmental stewardship, looking after the vulnerable, about making sure that people have got the opportunity to achieve their full potential in life,” said O’Brien, at the time of his appointment to leader.

Regardless of O’Brien’s statement, and the declaration of ‘A belief in the equal rights and dignity of every person,’ printed on the Victorian Liberal home page – the party and its leaders continue to support Labor’s vaccine segregation future and split class system.

Victorian Liberals have not attended or spoken at any of Victoria's Freedom rallies where their conservative base has been marching against Daniel Andrews and his medical mandates.

Kids on playgrounds. Dangerous super spreaders one day - causes some poor internal polling - then they’re totally safe the next! #ThePoliticsOfFearAndCovid

Indeed, most Victorians struggle to find any evidence of a coherent Liberal policy or plan that differs from the government or offers a genuine alternative to Labor. Given this, it is unlikely that a change of leadership will have any impact on their chances at the next election.

"We have a plan to get Victoria back"