WATCH: Freeland asks to spend $2 billion on a company that doesn't exist

The Trudeau Liberals did not mention the Canada Growth Fund as part of the 2022 federal budget they tabled on April 7. However, they introduced the fund with few details in November's Fall Economic Statement. 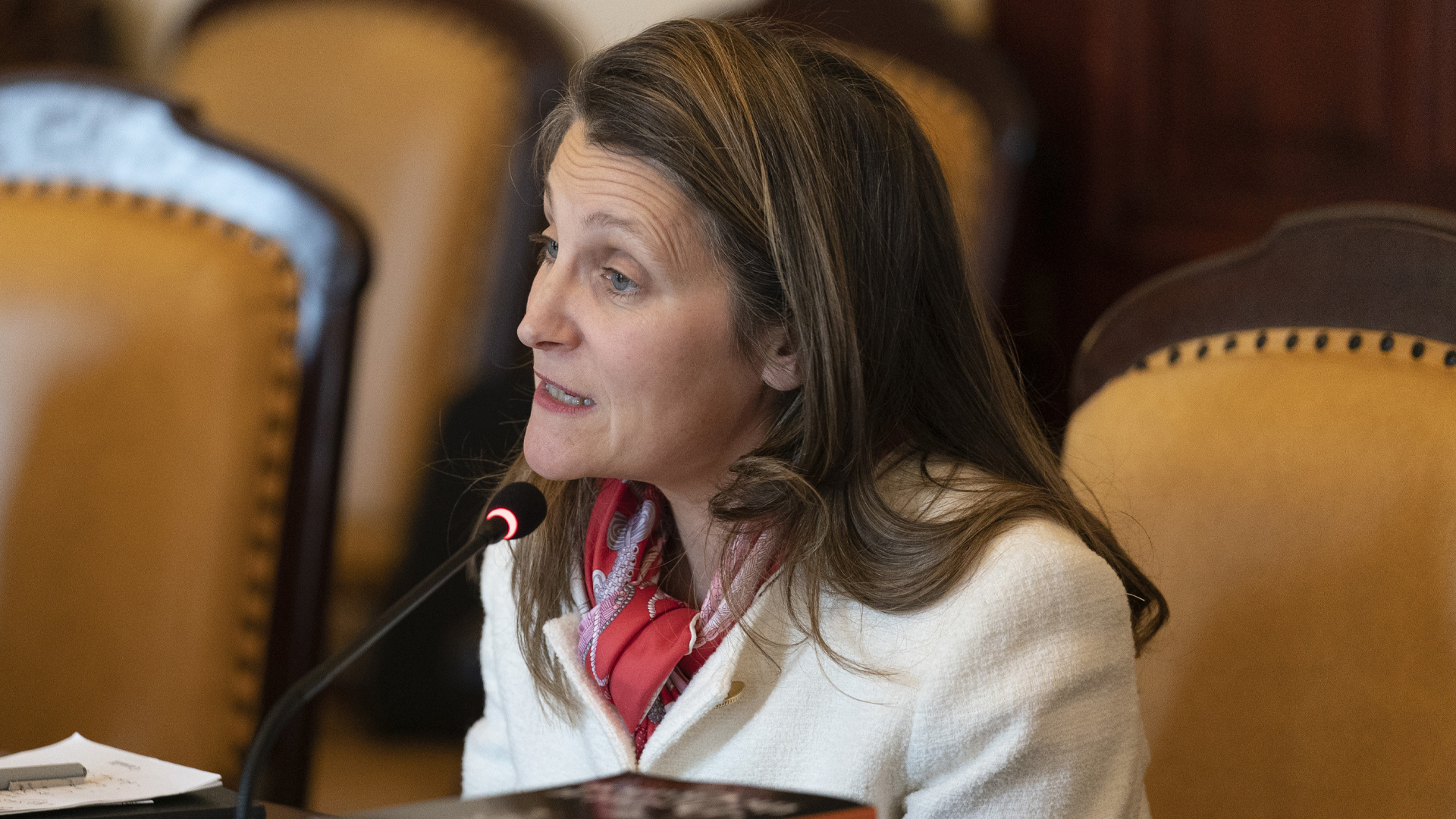 Finance Minister Chrystia Freeland has gone viral for all the wrong reasons yet again. In front of the Senate finance committee, she explained her government needs to spend $2 billion on a company that doesn't exist.

In a video clip from December 7, Senator Elizabeth Marshall, a former auditor general of Newfoundland and Labrador, asked Freeland about Bill C-32, which calls for creating the Canada Growth Fund without providing details.

"It's going to provide $2 billion to you as minister to buy shares in a corporation that does not exist," noted Marshall. "There's no legislation that tells us anything about this yet-to-be-created corporation. We don't know anything about the composition of the board or even whether there will be a board."

The senator expressed concern over the bill not articulating how this money would be spent, controlled, or governed and wanted to know why given that it became law on December 15, 2022.

It's rare for a Canadian Senate committee meeting to get much attention but I keep being sent a clip of Senator Elizabeth Marshall grilling finance minister @cafreeland in a meeting last December. It's over approving $2 billion to buy shares in a company that doesn't exist. pic.twitter.com/ShQZzT8FOx

Freeland dodged Marshall's question, responding that they needed to act quickly against climate change and the Americans.

"I would say to you two things: One, the green transition, we have to act quickly, but from my perspective, the Biden administration's Inflation Reduction Act added to the urgency with which Canada needs to act," said Freeland. "They are deploying hundreds of billions of dollars to invest in the green transition. We need to move fast, so getting this fund in place quickly is more important than ever."

Marshall then asked why this information wasn't explicitly mentioned in Bill C-32 to set up the fund, which seeks to attract $15 billion in addition to $2 billion in taxpayer dues.

"You're saying, 'Give me the $2 billion. I'll buy some shares, but the company doesn't even exist,'" continued Marshall.

The Trudeau Liberals did not mention the Canada Growth Fund as part of the 2022 federal budget they tabled on April 7. However, they introduced the fund with few details in November's Fall Economic Statement.

Bill C-32 stated, "The Minister of Finance may acquire and hold on behalf of His Majesty in right of Canada non-voting shares of a corporation that is incorporated as a wholly-owned subsidiary of the Canada Development Investment Corp. and that is responsible for administering the Canada Growth Fund."

The legislation has a meager three paragraphs discussing the fund but not the corporation's structure in the main body of the bill.

According to the feds, the goal of the Canada Growth Fund is to "attract the significant private capital required to accelerate the deployment of technologies required to decarbonize and grow their economies."

A government backgrounder on the fund states that it needs the information on how it will run but adds to expect that information in the first half of 2023.