Why the robbery from GoFundMe for the truckers is so dangerous 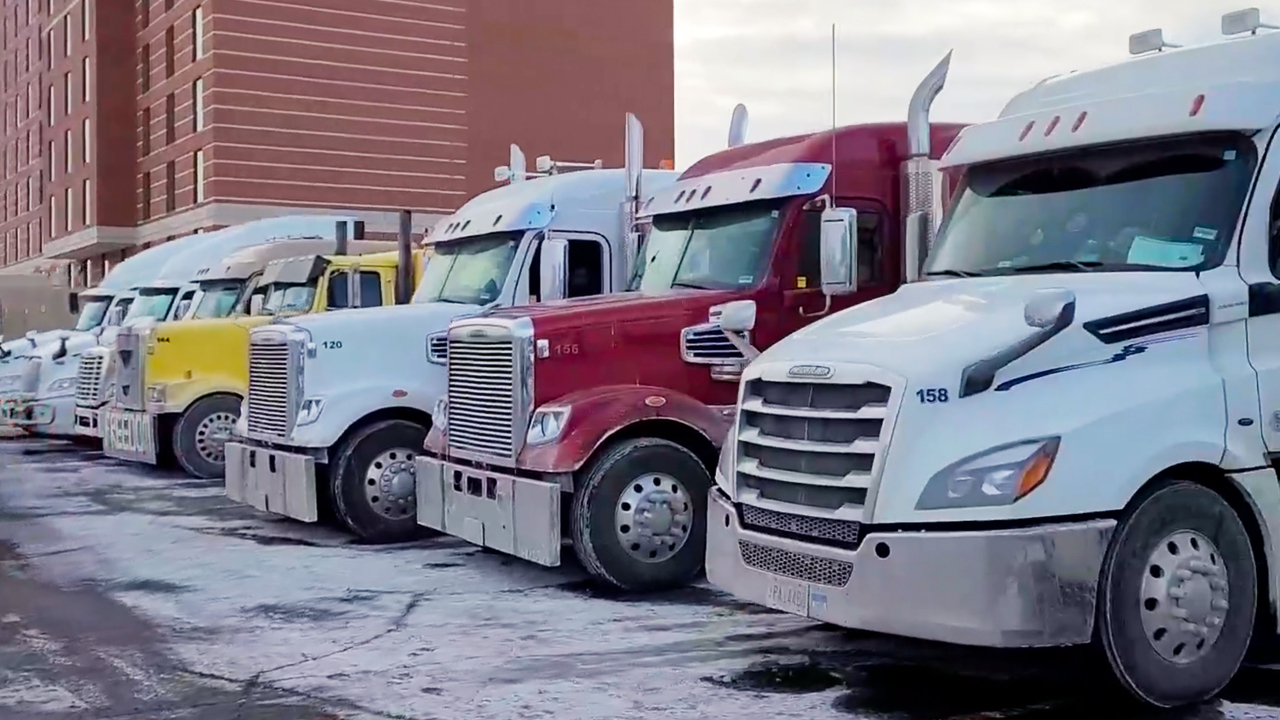 It's so low. It’s like someone's stealing money from the poppy fund on Remembrance Day.

Last night, the San Francisco-based crowdfunding site GoFundMe seized $10 million in donations that they had been collecting for the Canadian trucker convoy.

Without citing any evidence, GoFundMe claimed that the protest was engaged in criminal acts and was an illegal “occupation”. Of course, the truckers are not doing anything illegal — they’re peacefully protesting on public property. The front lawn of Parliament is pretty much built for public protests. Honking horns might be irritating, but it’s not a crime.

The truckers are not an “occupation”, nor have they been violent in any way, despite Justin Trudeau’s wild accusations. And how would he know? Trudeau bravely fled the city a week ago.

Ottawa police have reported no violence related to the truckers, and police statistics show that crime in the downtown-area of the city has actually fallen during the protests.

It’s political interference by a foreign company meddling in Canadian public affairs. It’s also fraud — until they finally relented early this morning, GoFundMe said they weren’t going to automatically refund the donations to the donors; they were going to give that $10 million to recipients that THEY trusted, instead.

I wonder if that would have included Black Lives Matter or Greenpeace?

The Canadian establishment’s reaction to GoFundMe’s highway robbery was jubilation — anything to embarrass or hurt this working-class rebellion. Even worse, many government officials — including the Ottawa Police — publicly pressured GoFundMe to seize the funds, and publicly thanked them afterwards.

NEW:
I want to sincerely thank the team at @gofundme for listening to the plea made by the City and the Ottawa Police to no longer provide funds to the convoy organizers. 1/3

Is this how it is now in Canada? That sounds more like a banana republic, like Trudeau’s beloved Cuba.

Politicians and police forces pressuring financial institutions into seizing assets from the opposition — that’s the sort of thing you’d hear from police states. It’s shocking to see it happen in Canada; and it’s depressing to see the cheers from the establishment, including from many journalists. Like a banana republic, they’re all on Trudeau’s payroll too, through his media bail-out.

And even with Erin O’Toole gone, where were the so-called Conservative politicians? Florida’s governor, Ron DeSantis, called GoFundMe’s seizure a “fraud” and announced that he would “investigate these deceptive practices.”

It is a fraud for @gofundme to commandeer $9M in donations sent to support truckers and give it to causes of their own choosing.

I will work with @AGAshleyMoody to investigate these deceptive practices — these donors should be given a refund.

Why were all 119 Canadian “Conservative” MPs quiet? And the seven Canadian premiers who claim to be conservative — why aren’t they investigating this attempted fraud, too? Are they little mini-O’Toole’s?

So many Canadian checks and balances have been broken — the courts, the media, academia, labour unions — everything. That’s the miracle of these trucker convoys: they are beholden to no-one, controlled by no-one, and therefore cannot be subverted as the other institutions have been.

I believe that Rebel News is also free like that. We have no outside owners — it’s just me. There is no-one who can call us up to call us off. And if they dared try, they know we’d do a huge story about their attempt.

YouTube has already tried — they demonetized us last year, cutting off the $400,000/year we made from ads. That didn’t kill us, it just forced us to discover other video platforms like Rumble, Odysee and SuperU, and it confirmed for us that our future must lie in crowdfunding and in paid subscriptions, directly from our viewers.

Despite the constant attacks on us by the left, and the cold hostility of establishment conservatives like Erin O’Toole, Doug Ford, and Jason Kenney, we’ve never been bigger and stronger than we are now. This trucker rebellion — that’s our spirit, those are our people. And this is our moment to live up to our motto to “tell the other side of the story”.

Today, we have Rebel News reporters on the ground in NINE different locations, all covering the trucker protests:

We have seasoned Rebels in the field; and we also have young journalists, including one in Ottawa who is doing her first reporting assignment. Rebel News isn’t just a news network. It’s a kind of practical journalism school for people who reject the woke sameness of the Media Party.

We’re compiling all of our trucker convoy stories on one website, at www.ConvoyReports.com. Please check it out throughout the day.

And if you believe in what we’re doing, and value the fact that we’re in the field, in the cold, telling the truth, please chip in. Unlike the truckers, we don’t rely on a third-party crowdfunding company — we do it ourselves, so we’re much harder to cancel.

You can chip in on this page — and you can even send donations to us by cryptocurrency too, if that’s your style!

Canada and the world are in a terrible place right now. But I truly believe that our work is making a difference. It’s letting people know that they aren’t alone; it’s rebutting the lies of the Trudeau media; and from time to time we actually get involved to help people too, like the lawyers we’re crowdfunding right now to defend the truckers at the Alberta-Montana border.

Thanks for your support. And keep on trucking!