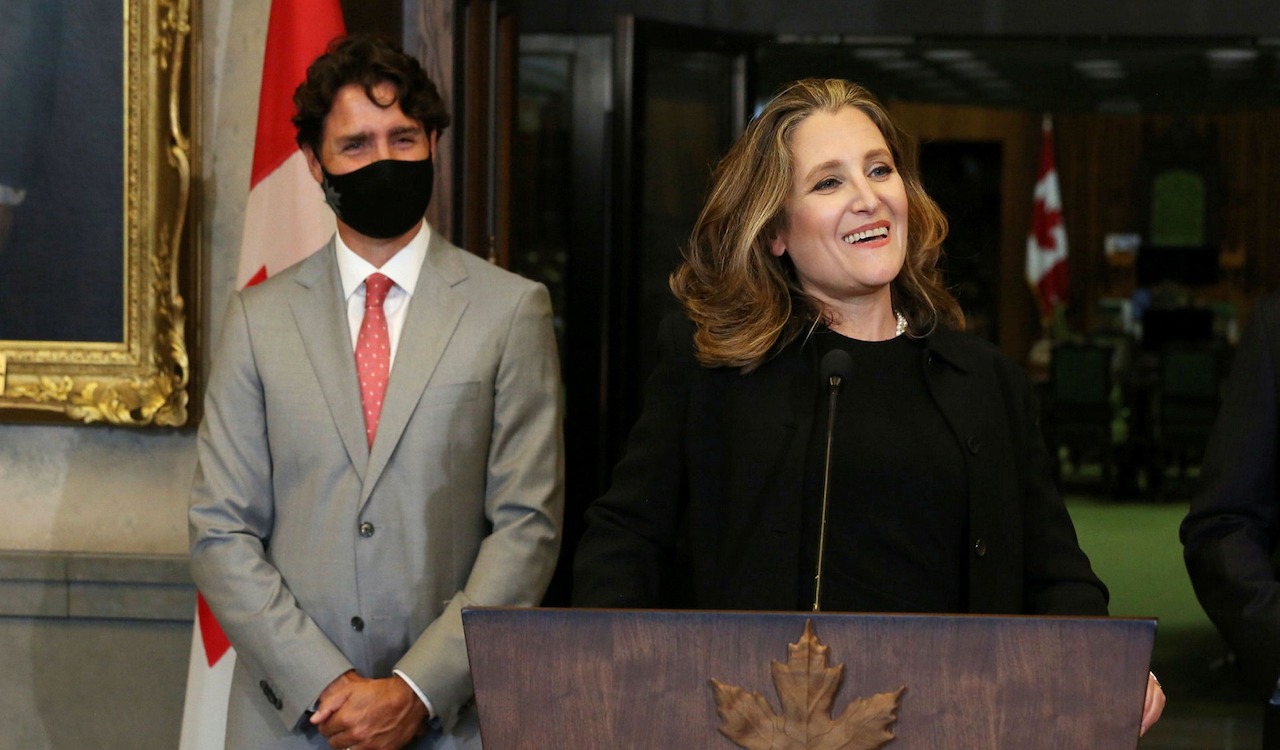 The Canada Emergency Business Account [CEBA] program, launched in early April of this year included a rule which forbids government entities from applying.

Minister Freeland in an Inquiry Of Ministry tab led in the Commons detailed categories of borrowers who qualified under the Canada Emergency Business Account program. It offered interest-free $40,000 loans with a quarter forgiven on repayment within two years. Types of borrowers included contractors, retailers, restaurateurs, truckers and others.

However the document said of $30.24 billion paid in loans a portion worth $203 million went to borrowers categorized as “public administration.”

...The finance department did not reply to multiple requests for details on what “public administration” businesses would qualify for public loans.

When the CEBA was announced earlier this year, there was a hitch: small businesses had to sign an attestation before they can qualify for emergency financial aid.

“...does not promote violence, incite hatred or discriminate on the basis of sex, gender identity or expression, sexual orientation, colour, race, ethnic or national origin, religion, age, or mental or physical disability, contrary to applicable laws.”

According to Statistics Canada, “public administration” refers to “establishments primarily engaged in activities of a government nature”.