The insects, which are known to destroy entire populations of honeybees by tearing their heads off, are potentially fatal to humans allergic to hornet stings. 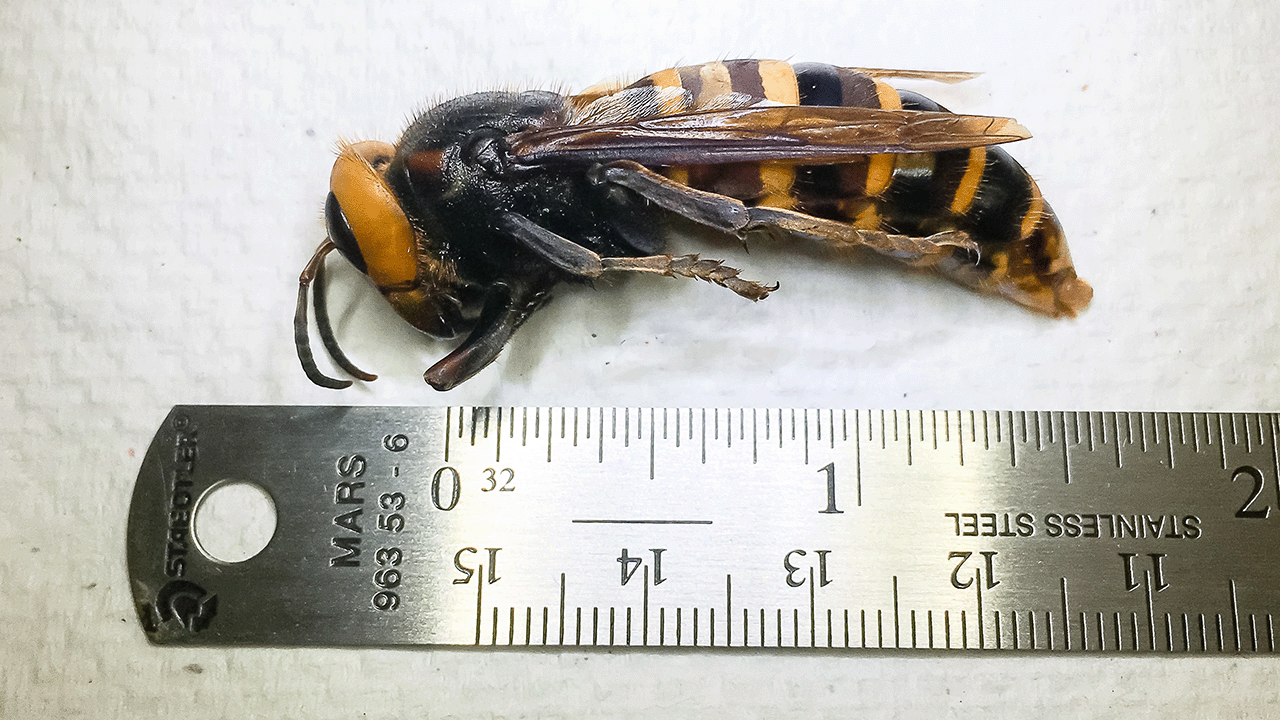 An American scientist who took issue with the official designation of the giant Asian hornet, commonly known as the “Asian murder hornet,” has successfully changed the name to the “Northern giant hornet” to avoid anti-Asian stigma.

The insects, which are known to destroy entire populations of honeybees by tearing their heads off, are potentially fatal to humans allergic to hornet stings.

The murder hornets, which originate from China, have become a growing concern in the Pacific Northwest, where wildlife experts are working to exterminate them in their entirety due to the threat they pose to local bee populations and to prevent their spread across the rest of the country.

Following concerns that the name of the colloquial label of the insect may be offensive to Asians, the Entomological Society of America has called for its name to be changed to the less offensive “Northern giant hornet.”

Washington State entomologist Chris Looney, who proposed the new name, admitted in his proposal that the original name was “accurate” but offensive. Looney cited three reasons for wanting to rename the bug, with stigma as the main reason, the Daily Wire reported.

“Indeed, in my personal experience I have heard statements like ‘another damn thing from China’ multiple times …,” he stated.  “Even if people do not explicitly ascribe negative feelings towards the insect, or their neighbors and colleagues of Asian descent, the prominence of the descriptor ‘Asian’ in the common name will, for some people, implicitly take precedence over other, more important, biological characteristics.”

“It is at best a neutral and uninformative adjective, potentially a distraction from more salient characters of the organism, and at worst a racist trope,” he added. “Finally, insisting on incorporating ‘Asian’ into the common name risks alienating some community members and deterring participation in an otherwise vibrant community science program.”

There has been a push among woke scientists to rename discoveries, viruses, and animal species to remove associations with regions, and in some cases even the white men who discovered them.

In 2021, the U.S. Fish and Wildlife Service described the push to rename the “Asian carp” to “invasive carp” due to complaints that signs reading “kill Asian carp” were offensive to Asians.