In a ruling issued Wednesday morning by Public Order Emergency Commissioner Paul Rouleau, Freedom Corp lawyers were denied the ability to subpoena the man accused of being part of an alleged government-linked plot to discredit the Freedom Convoy last January. 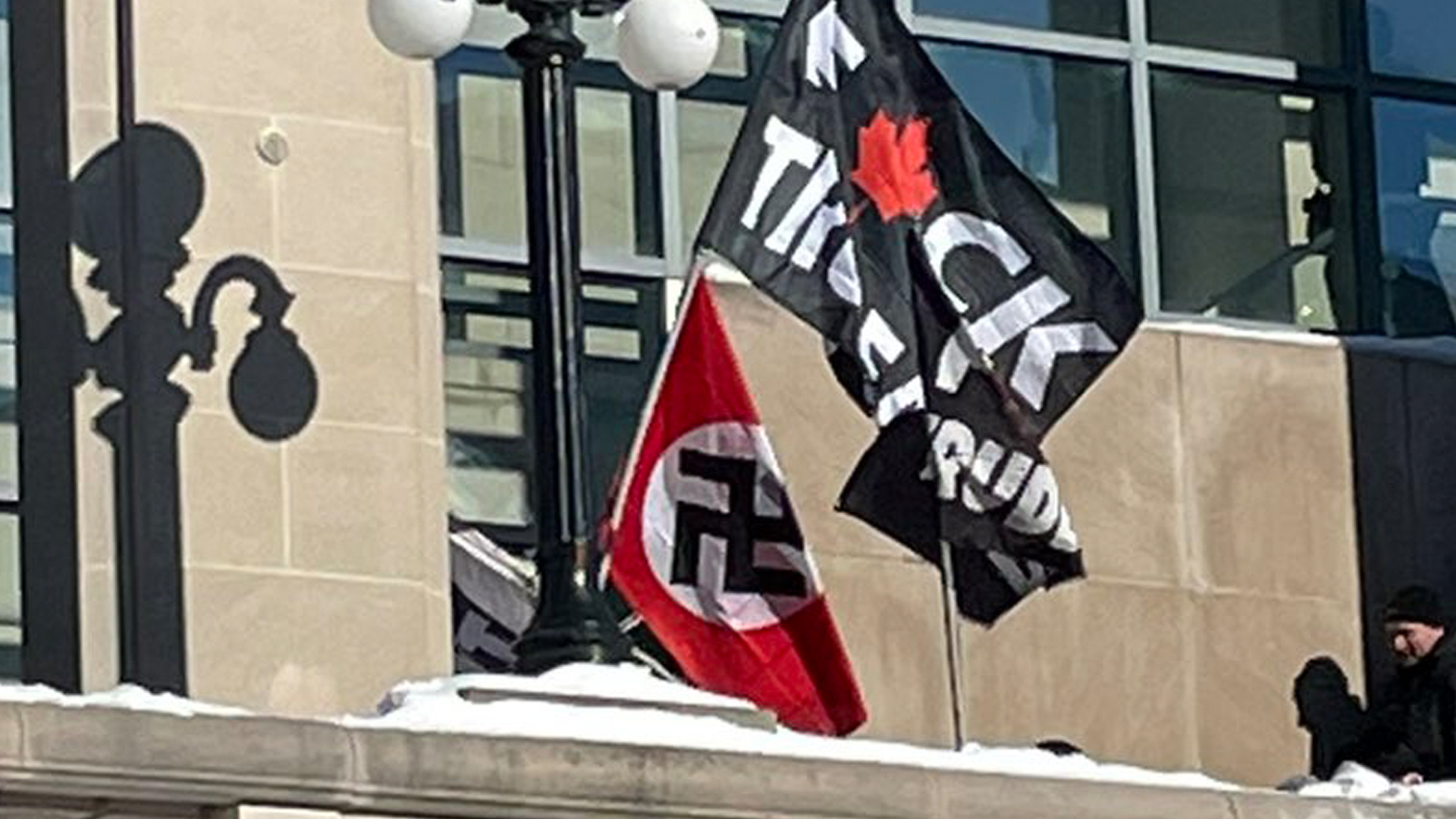 Lawyers acting for anti-mandate convoy protest, which demonstrated in the streets of the nation's capital in late January through to mid-February, were denied a motion to unredacted documents not protected by cabinet confidentiality.

WATCH: Convoy lawyer Keith Wilson calls for Commissioner Rouleau to release unlawfully redacted documents from the Government of Canada. This was after his co-council was removed from the room for asking for the same disclosure.

"I conclude that this is, in essence, a fishing expedition," wrote Rouleau in his 12-page decision.

The lawyers were also blocked from calling four further witnesses to testify at the Public Order Emergency Commission, including Brian Fox of communications firm Enterprise Canada, whom convoy lawyer Brandon Miller named as a potential bearer of the Nazi flag seen at Parliament Hill on January 29.

Convoy lawyers also wanted to call a member of the public whose sworn affidavit indicates he would identify Fox, and a freelance photographer, David Chan, who took the photo of the flag that was widely circulated by the media.

Today, an entirely unsubstantiated and deeply offensive accusation was made against Enterprise Canada principal Brian Fox.

There is no truth to this absurd and despicable accusation.

The hearing, which began October 13, is in the final week with senior cabinet ministers and the Prime Minister set to give evidence about the use of the Emergencies Act to end the protests in Ottawa and adjacent gatherings in other locations across the country.