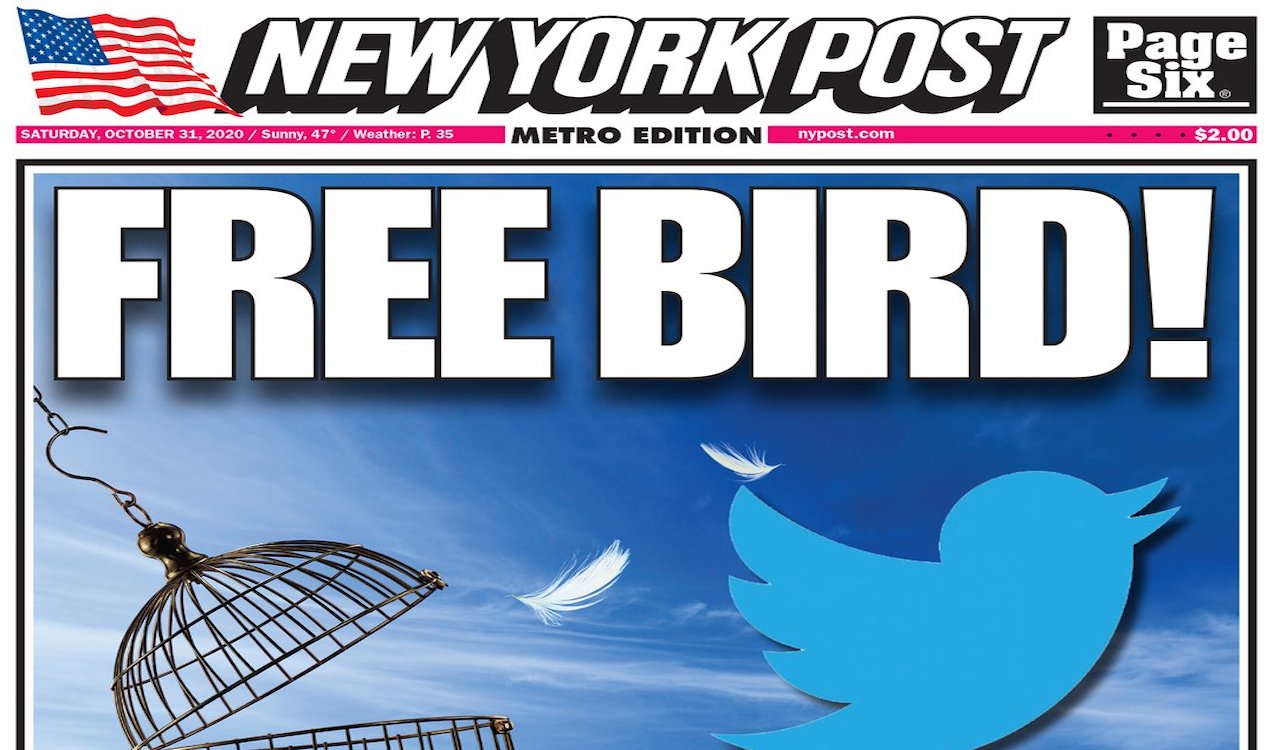 The ban followed the New York Post breaking the story about Hunter Biden's laptop, and leaking exclusive photos from the device which appeared to portray the younger Biden smoking drugs, partying, and having sex.

The exposé resulted in widespread controversy, with Twitter and Facebook rushing to censor posts containing links to the New York Post article, as well as any photos included in the article. Users found themselves unable to share or even private message the link, and many who posted the photos had their accounts instantly locked or banned.

Twitter locked down the Post's account, demanding they delete 6 posts to articles and related information on the laptop leak. But New York Post refused to back down, and appealed the process. Their account has been locked since October 14.

In a statement, Twitter Safety noted that the hacked materials policy the New York Post was suspended under had been updated. The policy was changed following massive uproar over the censorship, one that led Twitter CEO Jack Dorsey to have to personally address the situation.