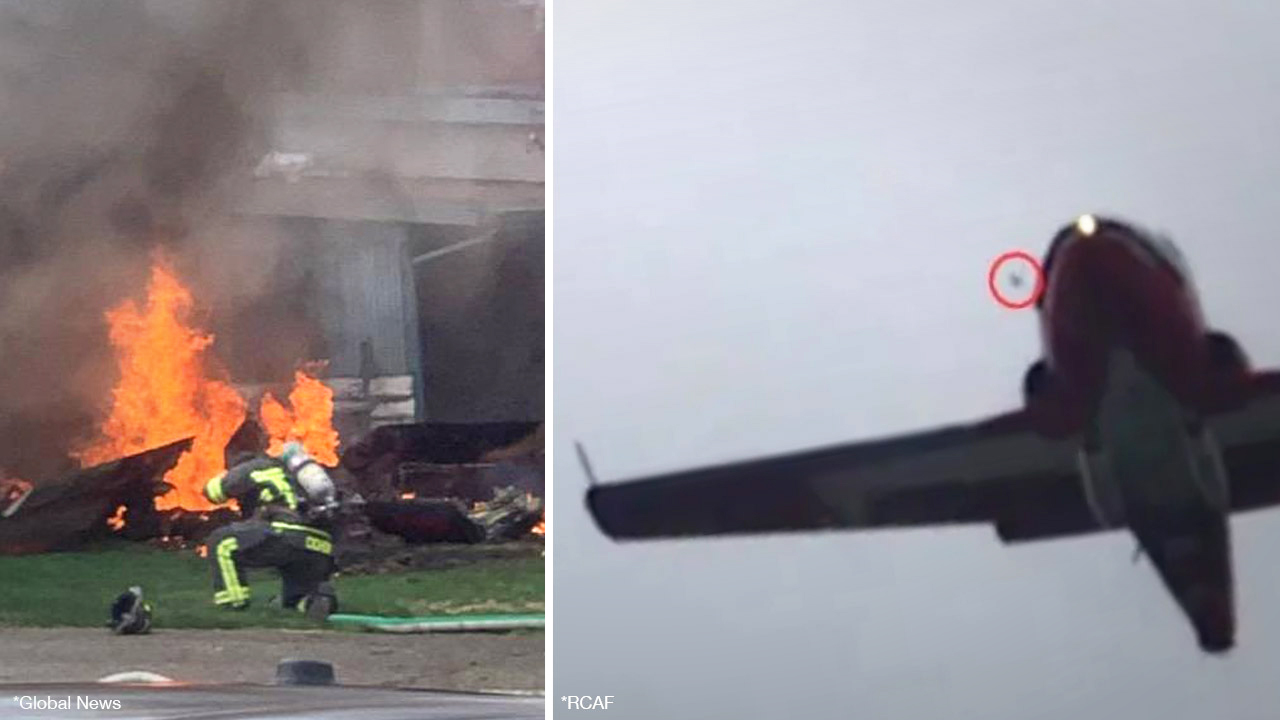 According to a breaking report in CBC, a bird strike likely caused the fatal snowbird crash that resulted in the death of Captain Jenn Casey, the public affairs officer for the aerial team, near Kamloops earlier this month.

CBC reports that preliminary information released Monday by investigators found video footage of the crash indicates a bird may have struck an engine intake:

In a preliminary report issued Monday, investigators say video footage from the crash showed a bird was in very close proximity to the right engine intake during take-off.

The investigation is focusing on environmental factors (birdstrike) as well as the performance of the escape system," said the report.

Captain Richard Macdougall was also injured in the crash but is expected to make a full recovery.

The Snowbirds had been deployed on a cross-country morale building tour amidst the coronavirus pandemic. The CT-114 Tutors flown by the Snowbirds were first brought into service in 1963 and had been initially slated for replacement by the Harper government by 2020.

However, the Trudeau government extended the lifespan of the aging jets until 2030.

Dave McConney, a former aircraft technician with the Canadian Forces Air Command told CTV News after the crash that the Tutor jets “should have been retired a long time ago. I was in Air Command back in the ’80s and they were considered old and past retirement then.”

Arthur Rosenberg, an aviation engineer and lawyer, expressed a similar sentiment, insisting the jets should be taken out of service, telling CTV News Channel that the Snowbirds are an, “absolutely spectacular” demonstration flight team, but “in my opinion, they do not belong flying these old planes anymore.”

“They’re a national treasure for Canada and to be flying around, with all due respect, in these putt-putts, is just not a good thing.”