Councillors voted 13-2 in favour of sending a letter to the Calgary Police Commission suggesting that weekly pro-freedom protests have 'damaging impacts to Calgarians who have been exposed to persistent protest activity over a prolonged period of time.' 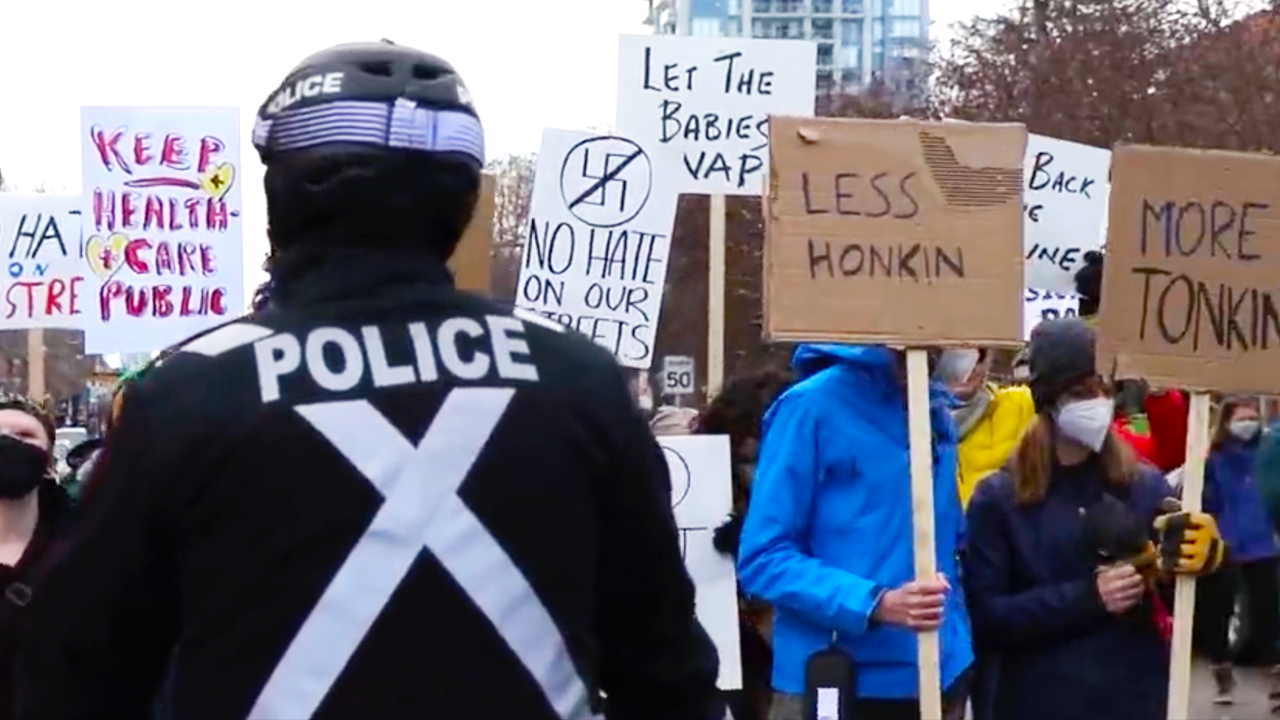 On March 15, four days after a standoff between freedom protesters and a counter-protest group, Calgary's city council voted 13-2 in favour of sending a letter to the police commission asking for officers to prioritize bystanders and businesses in the downtown core.

Social media has been taken by storm this week in Calgary, following a heated standoff between anti-lockdown protesters and a group opposed to the weekly demonstration that has been a regular occurrence throughout the pandemic.

Both sides of the political spectrum took to Twitter to hash out their differences regarding how the police handled the situation, eventually leading to a discussion about the actual topic — the continuation of the recurring Saturday freedom protests.

City council met on March 15 to discuss the “Beltline protests”, sparking a vote to send a drafted letter to the Calgary Police Commission. The vote passed 13-2 in favour, with councillors Sean Chu and Dan Mclean opposing.

Council votes 13-2 in favour of sending this letter to the Calgary Police Commission.

In the letter, councillors suggest that the recurring protests have “damaging impacts to Calgarians who have been exposed to persistent protest activity over a prolonged period of time.”

The letter also shares some perspectives from residents of the Beltline, with one citizen saying “We are trapped inside our own homes and neighbourhood, with an impending sense that something worse will come each week,” and another stating “I have changed my Saturday routine in the past year to ensure I do not have to leave my home. My ability to enjoy my community has been stripped of me.”

The last quote has some objective truth to it, as the protests have been happening for over a year, though there have been virtually no issues, until the counter-protesters began to gather in opposition the past two weekends.

Calgary Mayor Jyoti Gondek says “Something needs to change; what has been the practice is not working.”

Gondek took to Twitter to back the counter-protesters, saying “Community members standing their ground are not 'counter-protestors'. They are people with a right to a safe & welcoming community.”

3/4 Community members standing their ground are not “counter-protestors”. They are people with a right to a safe & welcoming community. And while Council has no formal ability to direct the police or other enforcement bodies, we can be vocal & stand with our fellow Calgarians.

Gondek's stance on how the city should deal with COVID is a major topic at these protests, her advocation for vaccine passports — and previously enforcing it — is a factor in why they even happen.

It remains unclear how police plan to respond city council's request and how demonstrations this weekend will be handled.