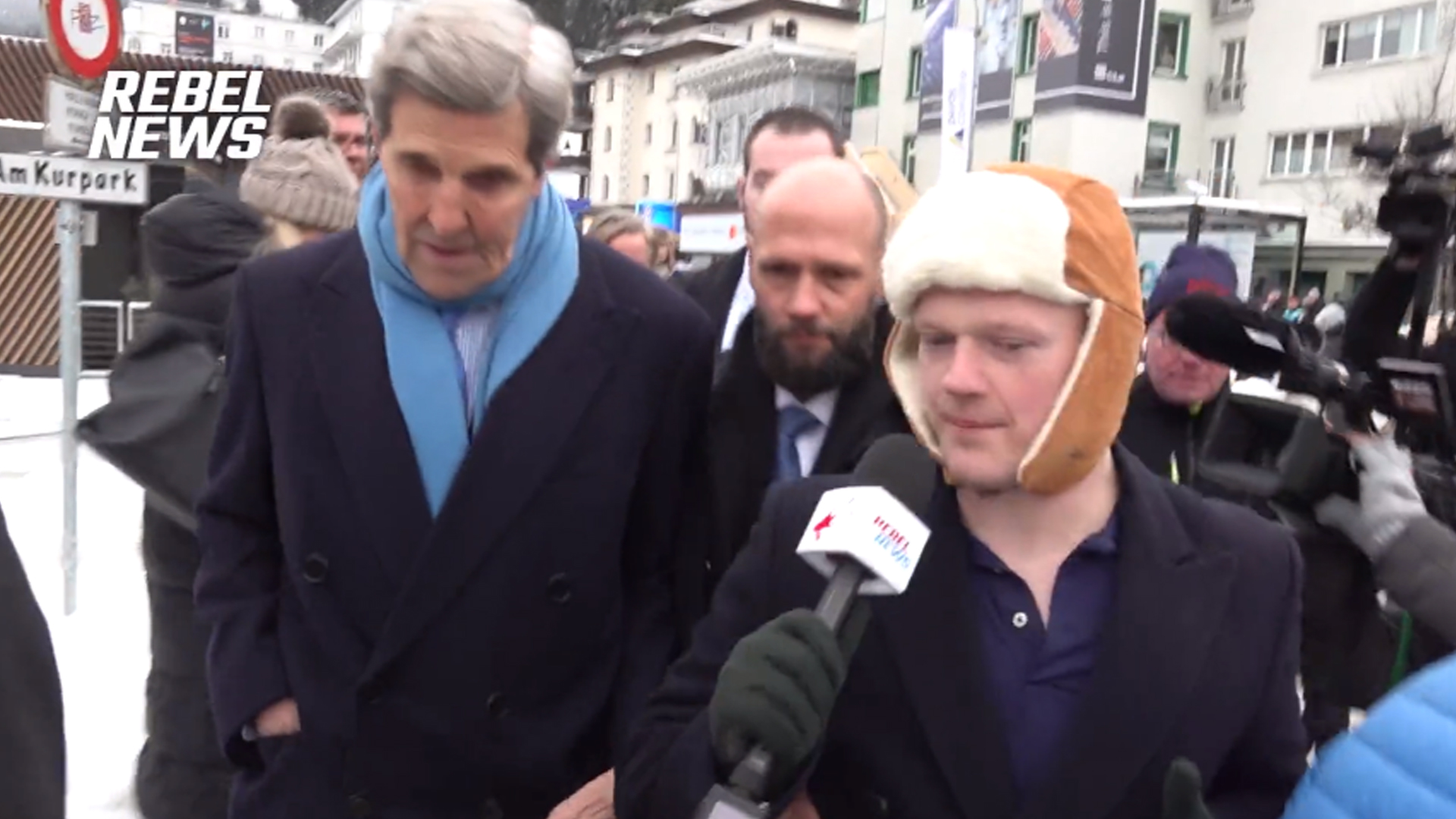 John Kerry the U.S. Special Presidential Envoy for Climate was in a rush to avoid journalist questions at the World Economic Forum event in Davos.

He’s been known for his use of private planes but told journalists he flys “commercial”... pic.twitter.com/IpXHbU5ZqC

When Fox News aired the Rebel News footage of the interaction with Kerry on the streets of Davos, host Jesse Watters reminded viewers that Kerry previously admitted to flying in private jets but justified the carbon-intensive travel because he thinks he is an important man doing important things.

Rebel News tracked down John Kerry in Davos and it it just aired on FOX!

Take a listen below.

Kerry wasn't the only climate hypocrite confronted by the Rebel News team of journalists at the 2023 WEF meetings in the Swiss resort town.

Former teenage climate truant and United Nations darling Greta Thunberg was asked about her failure to speak out against conflict oil from the middle east while attacking fossil fuel production in the western world.

Greta Thunberg was asked questions by @RebelNewsOnline during a long walk at the WEF Davos conference. @ezralevant asks her about Antifa (she was at the violent German occupation last week where Antifa assaulted journalists). pic.twitter.com/kwX8lfNdKV