DeSantis fires back at celebrities

DeSantis said he wears woke disapproval of his bill banning discussions of gender identity in some classrooms as a 'badge of honour'. 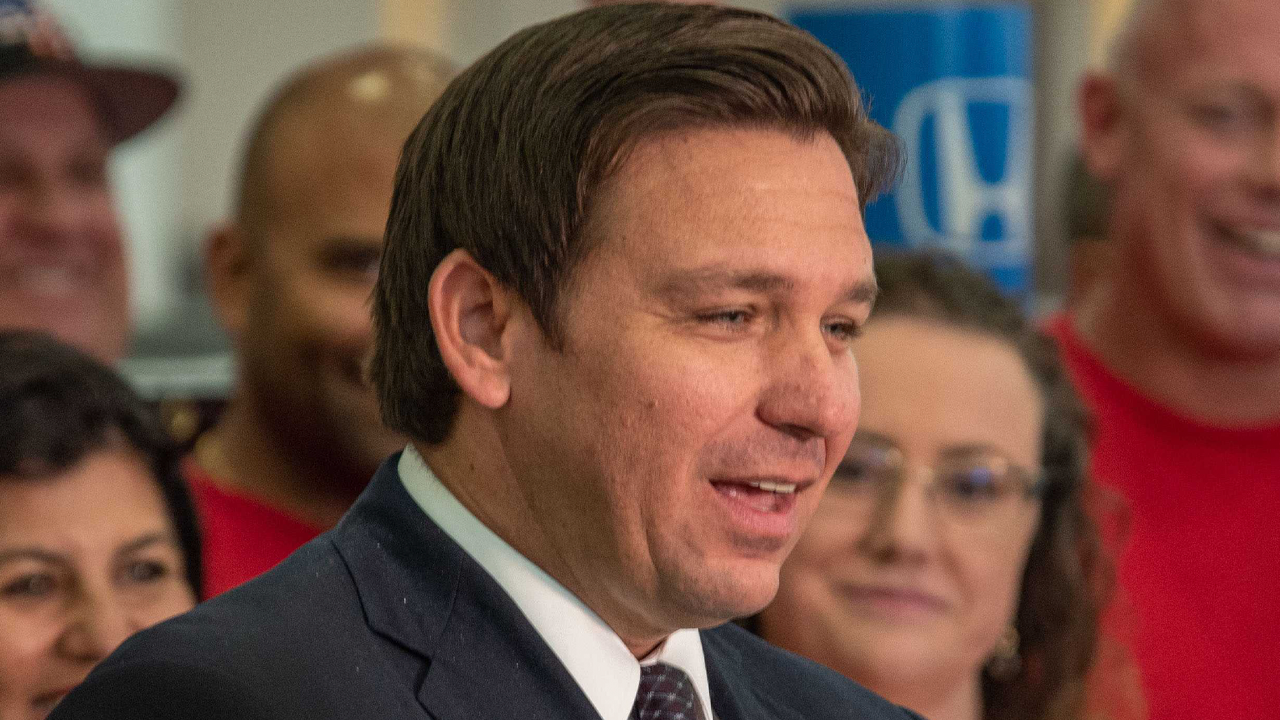 Following Florida Gov. Ron DeSantis’ signing of the state’s anti-grooming legislation, or HB 1157, which bans classroom discussions of so-called gender identity and sexual orientation in kindergarten through third grade, the governor addressed the bill’s woke detractors — stating that he would wear their disapproval like a “badge of honor.”

Addressing Hollywood celebrities and woke activists who oppose the bill, of which one is one of Florida’s largest corporations  — Disney — is a part, the governor said that he would never fold to criticism and continue to defend parents’ rights.

“Someone told me that there’s even people in Hollywood that are opposed to providing protections for parents and enforcing parents rights,” the Republican governor said. “The one thing I’ll say about that is, if the people who held up degenerates like Harvey Weinstein as exemplars and as heroes and all that, if those are the types of people opposing us on parents rights, I wear that like a badge of honour.”

DeSantis absolutely drops the hammer on Hollywood for their criticisms of Florida at the Oscars last night:

"If the people who held up degenerates like Harvey Weinstein as heroes are opposing us on parents right, I wear that like a badge of honor." pic.twitter.com/8XhiyckHuT

Gov. DeSantis says that Florida will not compromise on the rights of parents:

DeSantis’ remarks come following the Academy Awards ceremony on Sunday night, in which three celebrity comediennes expressed their vocal opposition to the Florida legislation. One of the three co-hosts, Wanda Sykes, sniped at Florida parents by saying, “Well, we’re going to have a great night tonight. And for you people in Florida, we’re going to have a gay night.”

During the event, Zero Dark Thirty actress Jessica Chastain used her platform to speak out against the “discriminatory and bigoted legislation that is sweeping our country with the only goal of further dividing us,” and general “violence and hate crimes perpetuated on innocent civilians all over the world.”

As detailed by Rebel News, the law prohibits teachers in kindergarten through third grade from indoctrinating children as young as five to gender ideology. The bill also requires schools to notify parents if there are any changes in their child’s physical, emotional, or mental wellbeing, and provide parents with the legal recourse to take action against the school if they believe it has violated any of those agreements.

The bill came into being as numerous reports of gender ideology indoctrination in public schools by teachers surfaced on social media, most notably by Abigail Shrier, who detailed cases in California where teachers had established a “Gender, Sexuality Alliance” (formerly Gay Straight Alliance) club to coerce school children into adopting transgender and so-called “non-binary” identities without informing their parents.

The pervasiveness of gender ideology (i.e. Queer Theory), which is a subset of Critical Theory, has been documented in detail by the popular Twitter account “Libs of TikTok,” which has showcased hundreds of public school teachers and preschool teachers across the country who inject gender identity and sexual orientation into their classrooms.