A dozen Rebels are going to Ottawa for the trucker convoy — including me! 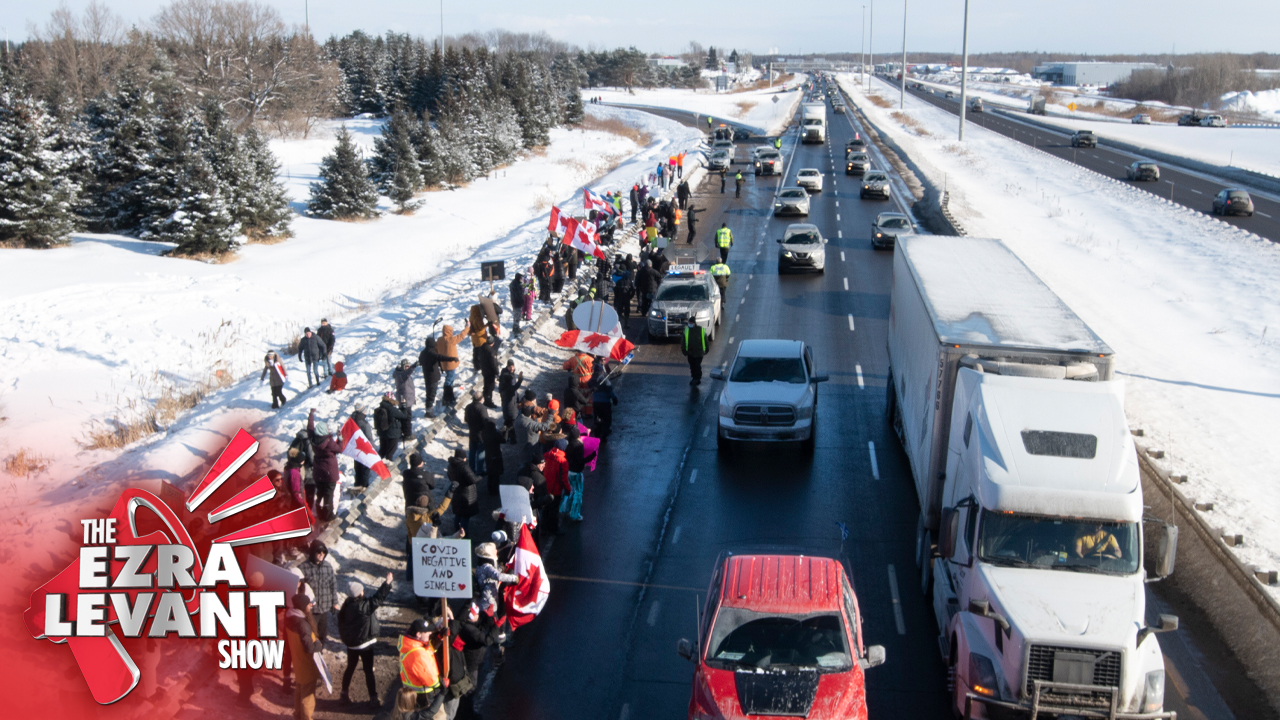 Well, the truckers started arriving in Ottawa last night, actually. Remember, the convoy is actually many convoys converging together from around the country. And they’re not one long line. They’re broken up.

There might be 20 or 30 miles of trucks; and then a big space; and then another 20 or 30 miles. Trucks decide to stop in towns; others go straight through. Some trucks join and some leave. It’s organic; which means it’s a bit chaotic. Another way of saying that is: it’s completely authentic.

You know, Trudeau denounced the convoy as racist and sexist and fringe just before hiding for five days. He made a point of saying how fringe it was. I just can’t get over the fact that the government now says there are some opinions there are unacceptable. I’d like to get a list of those — because I think, whether I agreed with them or not, I’d publish them, just to prove that the government doesn’t get to decide which opinions are acceptable; individual Canadians do.

But back to the fringe thing.

This, from the prime minister who literally won government with the lowest percentage in history, just over 32 per cent of the vote, in a low turn-out election. So just over five-million votes in a country of 38 million. I’m not quarrelling with our parliamentary system here; I’m just putting into laughable context the fact that this guy dares to call others fringe or extreme, when he has such a flimsy mandate.

Yesterday, I showed you how Canada’s rump “deep state” decided that “right wing extremism” is the threat. And they are lusting for this to be the moment that vindicates their madness. They want so very badly for this to go wrong.

And with so many people, and such an amorphous, organic group — really, almost leaderless; the Métis lady Tamara Lich who is organizing it is giving lots of pep talks and certainly doing lots of work, and she did an amazing job raising money, but she’s not actually directing all the convoy strands, and certainly not the thousands of joiners who have just followed along. I’m not putting her down at all — she’s amazing — I’m just saying, this isn’t a group of professional protests like the left has, who are used to obeying orders; these are people who have never protested before, in the main. They’re TikTok people. They’re Sikh truckers. They’re normies.

Well probably nothing. But that’s if it all goes properly.

But as you know, the deep state likes its hoaxes, just as much as CBC and CTV do; and it serves Trudeau’s interests to have “proof” that all these protesters were evil criminal terrorists.

So I’m worried about a fake event; a trap; a provocation.

And as you know, Ottawa is awash in actual dirty tricksters — Antifa thugs, who really do get violent; who really are professional activists and violent types. People who riot for hire; people who were the violent backbone to the Black Lives Matter riots, for example. The professional G20 rioters.

I’m worried about them coming to pick a fight. And that being turned into a spark that the deep state will use to justify their fever dream of an unlawful insurrection that proves we need to crack down on what remaining freedom we even have.

I’m going to Ottawa tonight for the weekend. I’ll let you know what I see. Half our team will be there covering the news. You can track it all at ConvoyReports.com.