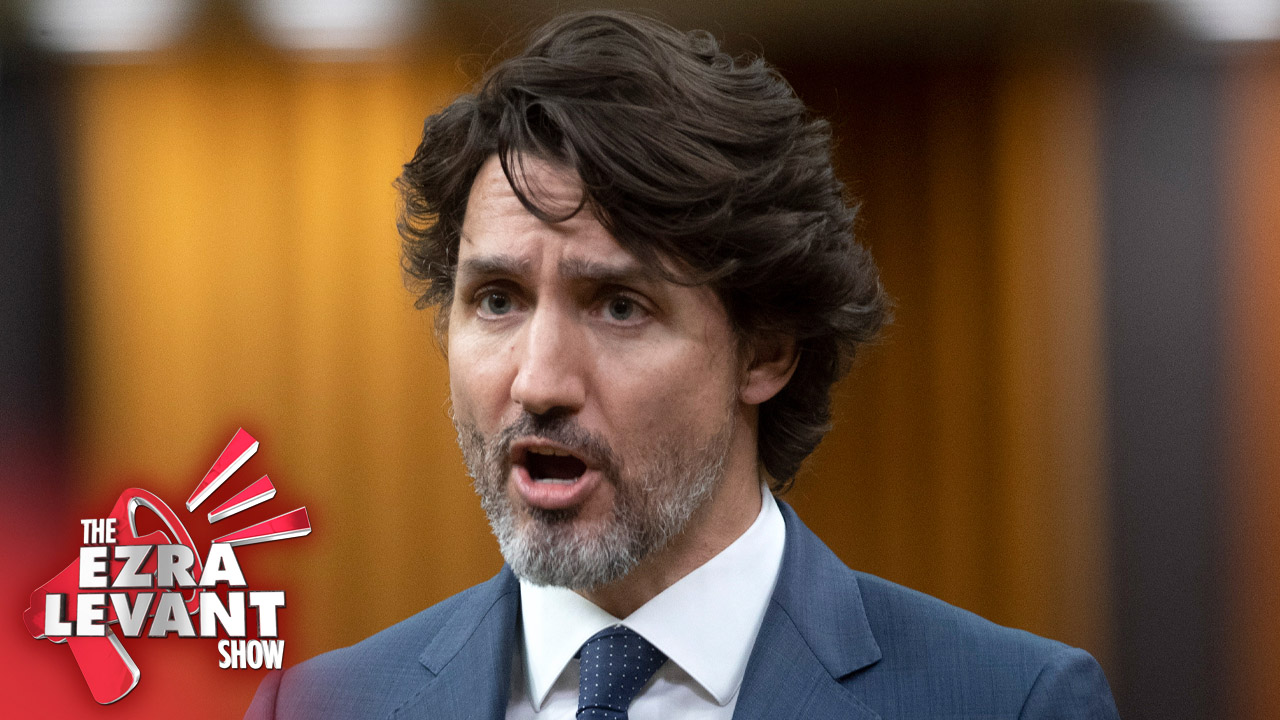 Rebel News went to court challenging that law under the Charter of Rights and Freedoms.

We hired two of the best constitutional lawyers in Canada.

I spoke with the lawyers this morning — I have instructed them to appeal this ruling to the Federal Court of Appeal.

Trudeau threw the unlimited resources of the Justice Department against us; it’s really a David and Goliath battle; I hope you’ll help us cover the cost of our fight — please go to NoCOVIDJails.com for that.

By the way, you’ll actually get a charitable tax credit for that from The Democracy Fund, so you can deduct it from your taxes. Please help if you can.

Let me tell you a bit about what happened, and then I’ll tell you why I think we have a chance on appeal.

But first, the ruling:

The judge, Chief Justice Paul Crampton, ruled that jailing healthy people, law-abiding citizens who have done nothing wrong, jailing them for up to three days and billing them thousands of dollars for the cost of it, is just a minor inconvenience, not an important violation of our liberties. (I’m guessing he himself hasn’t had to stay in one.)

And the fact that this quarantine makes no sense from a health point of view — it’s no safer to send someone to a hotel for three days, where they will have contact with many people, as opposed to sending them straight home by themselves — well, the judge didn’t mind.

He actually wrote that it’s Canadians’ duty to suffer through such indignities to save lives.

Even though the government provided no evidence that these costly schemes have saved lives. In fact, there was evidence that the COVID jails are dangerous — whether it’s COVID outbreaks at the jails, or cases of alleged rapes there.

Justin Trudeau and the rest of the ruling class themselves don’t follow those rules. The president of the CBC flies back and forth to Canada from her home in New York City every week — she doesn’t quarantine.

Trudeau himself just got back from a week of boozy parties in Europe, violating every quarantine rule, masking rule, social distancing rule — and when he came back to Canada he reportedly spent a few hours in one of these hotels, and then just left. So yeah — rules are for the little people.

We sued because we had sent our then-reporter Keean Bexte to report in Florida, and he had to come back through one of these COVID jails. And when he was in the hotel, he came into contact with 14 people there — as opposed to just taking his own car home. Ridiculous.

Our lawyers did an excellent job.

Sarah Miller and Robert Hawkes ran circles around the governments lawyers. In cross-examination, they were able to get some incredible admissions from the government's witnesses, and they really grilled the health bureaucrats the government sent out to defend the law.

But in the end, Crampton sided with the establishment, and against the people. I’ve read the ruling — in my opinion, it’s a political document designed to make this problem go away.

And fair enough — if the entire media and the entire political establishment and the airline industry itself seem fine with all this and the other awful parts of the lockdown, so why would a top judge go out on a limb? And what — become a pariah at all the Ottawa wine-tasting parties?

Our lawyers were in court alongside lawyers from the Justice Centre for Constitutional Freedoms, and there were a handful of other individuals who sued too — all our cases were bundled together. But I note there wasn’t a single lawyer in court from left-wing civil liberties groups; no tourism or travel or business group; no citizens group. No political group, no opposition political party.

Nobody. Nobody who we rely on in society to protect us from authoritarian measures. I think the government got the message loud and clear — no-one “important” cares.

Well, I care. And I hope you care. So we’re going to appeal.

“...like times of war and other crises, pandemics call for sacrifices to save lives and avoid broad based suffering. If some are unwilling to make such sacrifices, and engage in behaviour that poses a demonstrated risk to the health and safety of others, the principles of fundamental justice will not prevent the state from performing its essential function of protecting its citizens from that risk…”

Exactly what sacrifices has anyone from the ruling class made — a judge, or Trudeau himself?

He hasn’t lost a day’s pay. In fact, his work load has been a lot lighter, hasn’t it? I mean the government has a nice long staycation. The entire ruling class has had the time of their lives. Imagine comparing what’s happened to a war. The only comparison I see is to war profiteers — people who love the new rules and are doing just fine by them.

And what health and safety benefits does he mean? I read the ruling. There is no evidence that these COVID jails have stopped anyone from getting sick. The government doesn’t even try to collect any such data. But we know that there have been outbreaks at these very COVID jails. Of course there are.

What’s so weird is, if you land in Canada and say you have coronavirus, you are told to go straight home. Only healthy people are told to quarantine. I’m serious. This law is a joke, this government is a joke. And this judge stood by it.

Well, we’re appealing. Section 7 of our Charter of Rights guarantees life, liberty and security of the person. I think a court of appeal could be persuaded that detaining our reporter for no provable benefit deprives him of his liberty and isn’t in accordance with the principles of justice. It’s arbitrary. It’s over broad.

Section 9 of the Charter guarantees that Canadians can’t be arbitrarily detained. And then there’s the law itself — the Quarantine Act delegates certain powers and Trudeau's cabinet, in issuing these orders to detain people, has exceeded those powers. It’s just not there in the law to let them do what they’re doing.

You can read the case for yourself below.

It’s over 130 pages long; frankly it’s a very frustrating read. But you’ll see the importance of our participation — Rebel News and our arguments are mentioned more than 50 times in the document. If we hadn’t been there, there are ideas and facts that wouldn’t have been put to the court; and I think our lawyers were also the most effective at grilling the government’s own witnesses.

So if you think we have to continue to fight, please help us. I’ve already told the lawyers to start working on the appeal. We’ve spent about $100,000 on this so far, and I’m sure an appeal will probably come close to $50,000. This is a civil liberties case, so you’ll get a charitable tax credit for anything you can chip in at NoCOVIDjails.com, so that’s a plus.

Thanks for your help. We have to do this — because everyone else who is supposed to, isn’t.