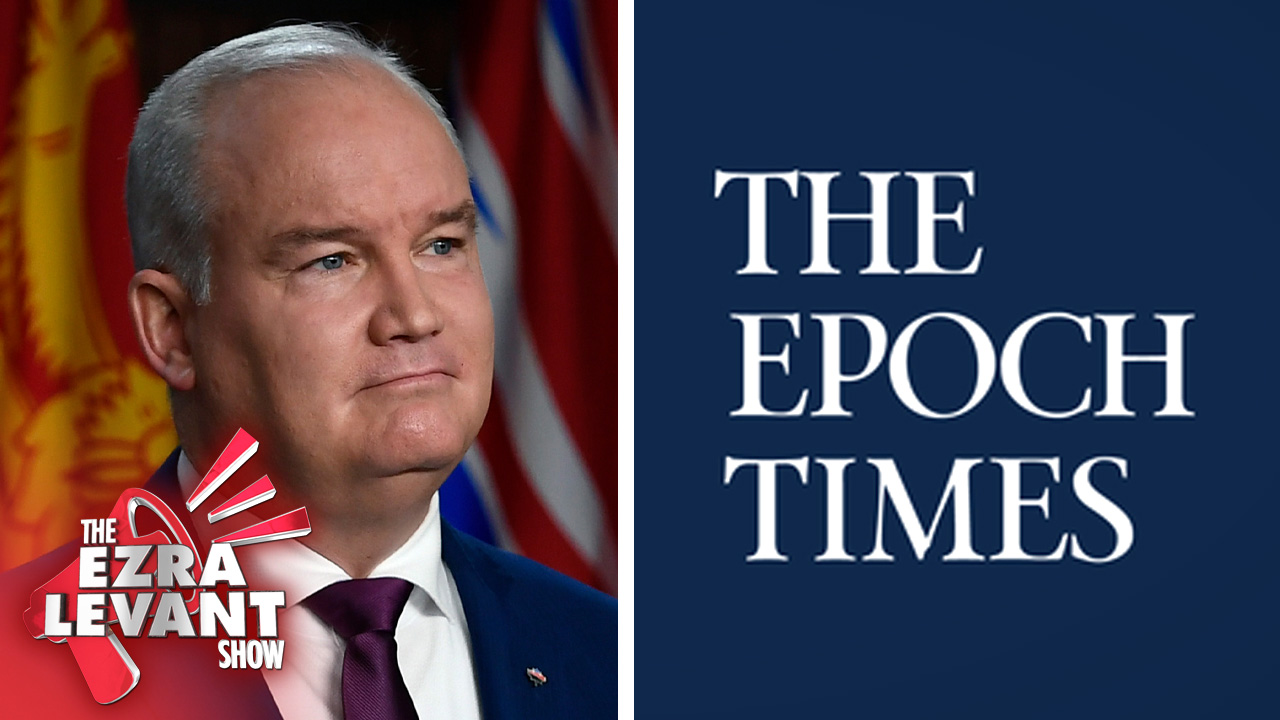 I don’t really know what Erin O’Toole stands for. He claims he’s against the carbon tax, but he says he’s for “net zero emissions”. He says he’s critical of Communist China, but he just hired the former Vice President of Huawei Canada, a position that is effectively a Chinese intelligence asset. What does Erin O’Toole actually believe?

Well, I think the answer is: cancel culture. It’s the only thing he truly seems to commit to with passion. It’s the thing he acts on most dramatically.

He had Jim Karahalios kicked out of the Conservative Party leadership campaign. He accused Derek Sloan of racism and kicked him out of the party. Derek Sloan is no racist, and neither are his visible minority wife and kids. And he sacked Pierre Poilievre, widely regarded as the most effective Conservative MP in Parliament. Which is probably why he sacked him — Erin O’Toole needs to be the brightest star in the sky.

I even think it applies to us.

You might recall that I did an exclusive interview with Erin O’Toole about my big China scoop a few months ago, where I revealed that Canada was training Chinese troops in cold weather warfare. O’Toole did an email interview with me, and I thought he came across pretty well in it. But as soon as we published it, the mean girls of Twitter just sputtered, and he immediately capitulated to them.

According to the CBC’s poll aggregator — which simply blends every public opinion poll out there — if an election were held today, O’Toole would lose more than a dozen seats, and the Liberals would pick up even more. So, not sure it’s working.

But look at this. It’s in French; I came across it by accident. It’s in La Presse, a left-wing newspaper in Montreal. Takes massive subsidies from Trudeau. Here’s the story in French, but I’m going to show you the Google Translate version of it, which is pretty good:

Grant of $455,000 A helping hand from Ottawa for newspaper fond of conspiracy theories

So — is this La Presse story about the government funding those conspiracy theories?

No. I’ll tell you what it’s about:

The Department of Canadian Heritage last March awarded a grant of $ 455,000 to The Epoch Times, a publication which, according to the majority of experts, has been promoting conspiracy theories for several years and which has become a forum for the movements of the far right.

Oh. The Epoch Times — one of the few media outlets that is actually skeptical of Communist China. They’re the conspiracy theory?

Conservative MP Alain Rayes said he was outraged that aid was being given to this newspaper when community newspapers were closing their doors.

Have you ever hear Alain Rayes say that about the CBC? Demanding they be cut off? I spent some time searching online, his Twitter feed, his parliamentary speeches. I couldn’t find such a statement. I haven’t heard him say he’d cut off the newspaper bail-out, have you? I’m open to correction here; but I can’t find any such thing.

The only newspaper in the country, the only media company in the country, that Erin O’Toole’s Heritage Critic hates so badly he wants to cut it off, is the Epoch Times. Because they’re “controversial”. It’s “totally unacceptable”.

Even the crackpot Steven Guilbeault won’t say that.

NEXT: China expert Gordon G. Chang (@GordonGChang on Twitter) provides an update on the upcoming show trial for Michael Kovrig and Michael Spavor.