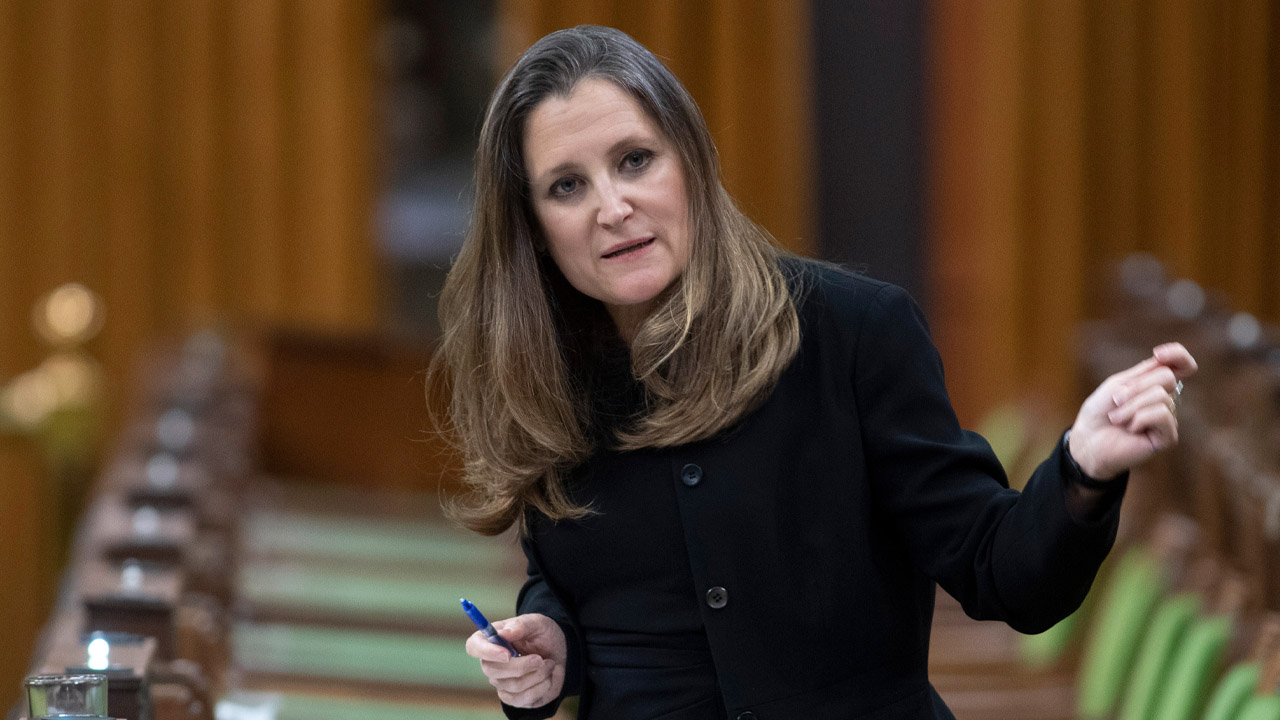 YouTube has suspended our channel for a week. It's only a matter of time until we are deleted entirely. Go to AfterYouTube.com and give us your name and email address or mobile number so we can stay in contact with you — or you may never hear from us again.

An email dated April 22, 2020 from Thao Pham of the Privy Council Office was directed to Freeland and her staffers Adam Grech and Bud Sambasivam and contains responses to several questions.

One of those responses was to Freeland's question on serological testing as a basis for “immunopassports”:

How many countries have used sero testing for immunopassports?

Consideration of “immunopassports” or other similar approaches where individuals who have antibodies and are assumed to be immune to further infection could be cleared to start to return to work, etc. Although many jurisdictions have raised the idea, efforts to introduce immunopassports have been hindered by limitations with the sero tests to dat (such as inaccuracy of testing have hindered progress (e.g., UK))

You can read the full email below.