'Heroes of Ukraine' honoured after 'deadly' Russian warship strike, but they may still be alive - Report 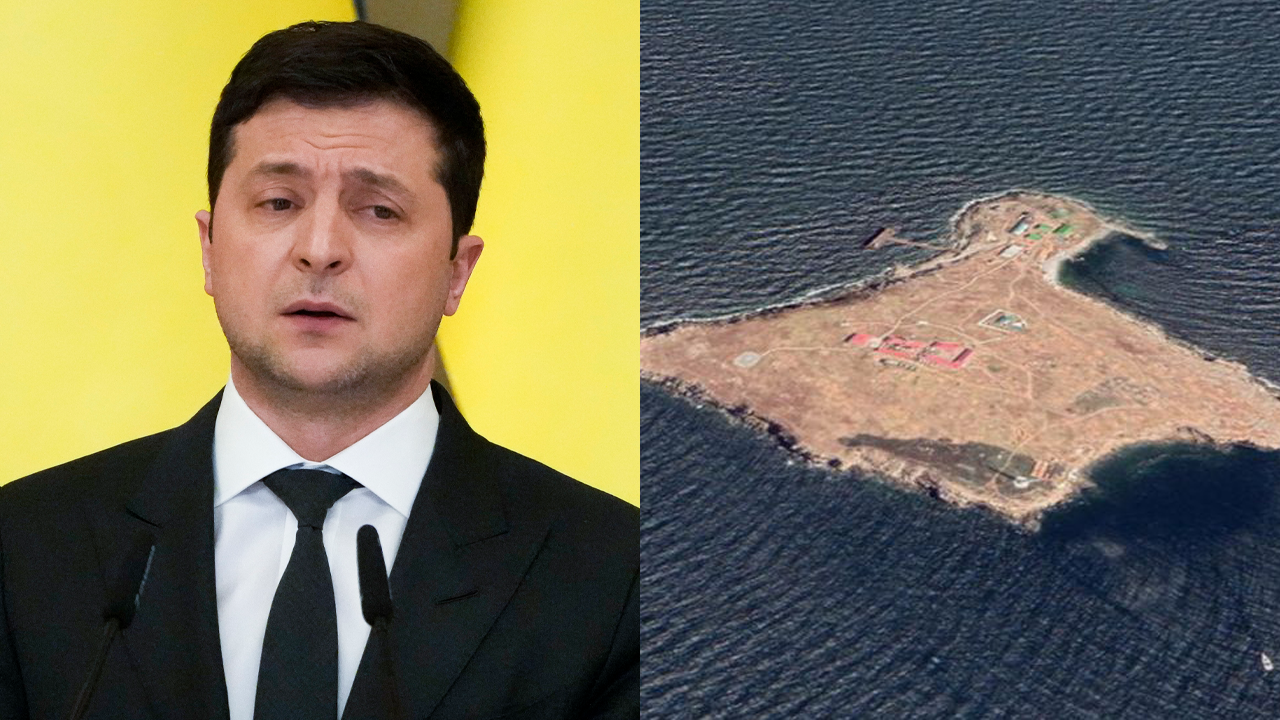 Ukrainian President Volodymyr Zelensky announced on Friday that he is awarding the “Hero of Ukraine” title to 13 Ukrainian soldiers who allegedly died on Thursday defending an island against a Russian military warship. Their deaths may have been greatly exaggerated.

According to a purported audio exchange, which went viral on social media, soldiers on Zmiinyi Island, also known as Snake Island, refused to surrender to a Russian warship that had its sights targeted at their outpost.

“This is a military warship. This is a Russian military warship. I suggest you lay down your weapons and surrender to avoid bloodshed and needless casualties. Otherwise, you will be bombed,” a Russian officer purportedly said, to which a Ukrainian soldier replied, “Russian warship, go f*** yourself” following a brief deliberation with other soldiers. “On our Zmiinyi Island, defending it to the last, all the border guards died heroically,” Zelensky said, Business Insider reported. “But [they] did not give up.”

“May the memory of those who gave their lives for Ukraine live forever,” he added.

“Snake Island, also known as Zmiinyi Island, is 30 miles off the coast of Ukraine and less than one-tenth of a square mile in area,” The New York Times reported. “The island grew in importance for Ukraine’s maritime territorial claims after nearby Crimea was seized by Russia in 2014.”

Ukrainian post at Snake Island in the Black Sea told Russian warship to "go fuck yourself" after being told to surrender. The 13 service members were killed pic.twitter.com/2FuKHc04D3

The purported attack on the island came a day after Russian President Vladimir Putin launched a full-scale invasion of Ukraine.

New information suggests that the Ukrainian soldiers stationed on the island may not have been killed, but their condition after losing contact with Ukraine's Ministry of Defence remains unknown. Footage produced by the Russian government appear to suggest that many of the troops surrendered to Russian forces. It is unclear if any of them were killed.

The Ukrainians on Snake Island that were supposedly
killed apparently are actually alive.

"Confirmation of the voluntary surrender of the Ukrainian military on Zmeiny Island. Earlier, Ukrainian sources stated that they did not surrender and died in battle." pic.twitter.com/MwEHFMcCMb

The Ukrainian Ministry of Defence released the following statement:

Preliminary information that border guards may be dead came before the defenders lost contact.

As previously reported, on February 24, the aggressor fired from naval weapons and used combat aircraft on border guards and soldiers of the Armed Forces on the island of Zmiinyi.

According to available information at the time, the infrastructure was destroyed and the island captured. Prior to that, the enemy repeatedly tried in vain to intimidate Ukrainian defenders with demands to surrender and received only one correct answer - no one will surrender.

We understand that Russian propagandists know how to make the necessary information attacks and use them, noting that Ukrainian defenders have surrendered.

Border guards and fighters of the Armed Forces bravely defended themselves, especially in the face of the overwhelming means of defeat and enemy forces.

Work to learn about the fate of Ukrainian defenders continued in all possible directions.

Currently, after receiving information about their probable location, the SBGS together with the Armed Forces is working to identify our soldiers, which is common in open networks.

We sincerely hope that the boys will return home as soon as possible, and the information received at the time of the attack on the death will not be confirmed.

On Friday, Zelensky lamented the lack of support for Ukraine from the “world’s most powerful forces,” whom he accused of “watching from afar” despite their promises to aid the country against Russia.

“This morning we are defending our state alone. Like yesterday, the world’s most powerful forces are watching from afar,” Zelensky said. “Did yesterday’s sanctions convince Russia? We hear in our sky and see on our earth that this was not enough.”

Note: This article has been updated with new information about the fate of the soldiers on Snake Island.