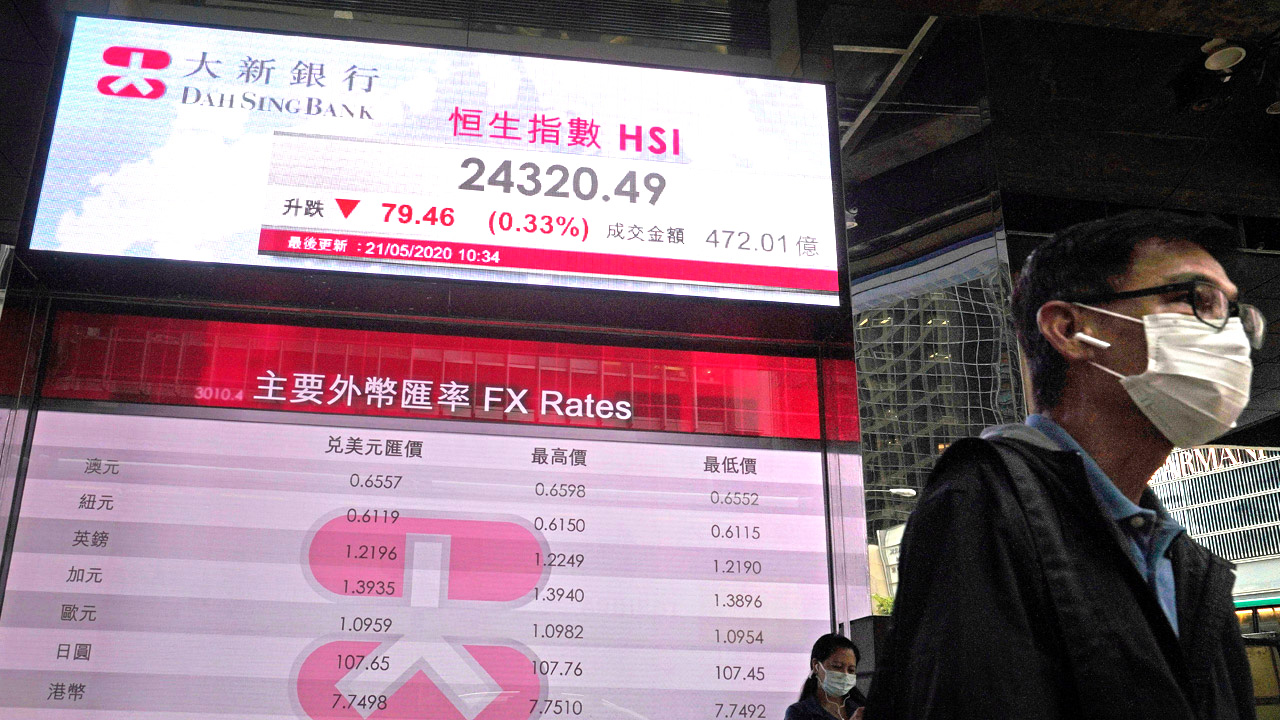 China’s continued takeover of the Hong Kong government has sent shockwaves throughout the island nation’s markets. Hong Kong’s real estate companies and financials were among the hardest hit after China submitted a security law proposal for the city that has raised the possibility of mass protests from citizens living under the shadow of Beijing’s authoritarian regime.

The market thrived in Hong Kong following Britain’s transfer of the island nation to China in 1997 due to its ability to maintain its status as a semi-autonomous state ungoverned by Beijing’s communist regime. That may soon be at an end.

Earlier this week, Hong Kong’s legislative council became a battleground as opposition lawmakers were forcibly removed from the National People’s Congress by pro-China lawmakers and security guards. The committee was previously at a standstill as pro-democracy lawmakers opposed the passing of China’s security legislation and saw months of widespread street protests that crippled the city.

Following their removal, pro-China lawmakers were able to pass the security laws without opposition, essentially bringing about the death of democracy in Hong Kong.

US Secretary of State Mike Pompeo issued a strong condemnation of the Chinese government and its imposition of the security law. “We stand with the people of Hong Kong,” he wrote.

President Trump has also promised to respond to China following the development. “I don’t know what it is, because nobody knows yet,” he said. “If it happens, we’ll address that issue very strongly.”

Last year, the United States passed a law that would remove Hong Kong of its preferential trading partner status should Hong Kong no longer enjoy autonomy from the Chinese government.

AFP reports that the economy, which managed to weather the coronavirus pandemic, is now in disarray as investors are fleeing en masse due to fears about Beijing’s increased influence on the semi-autonomous nation. Beijing previously remained hands off in its control of the formerly British territory but has in recent years exerted its influence in the local government and courts.

News of China’s takeover sent the Hang Seng Index plummeting by more than four percent on Friday morning. Property firms were among the hardest hit. AFP reports that HSBC was down by 4.7 percent and BOC Hong Kong lost almost six percent of its value. The Hong Kong dollar also dropped as traders sold their holdings in bulk.

The market is expected to see even further losses as China continues its march for total dominance of Hong Kong in the wake of the coronavirus pandemic.