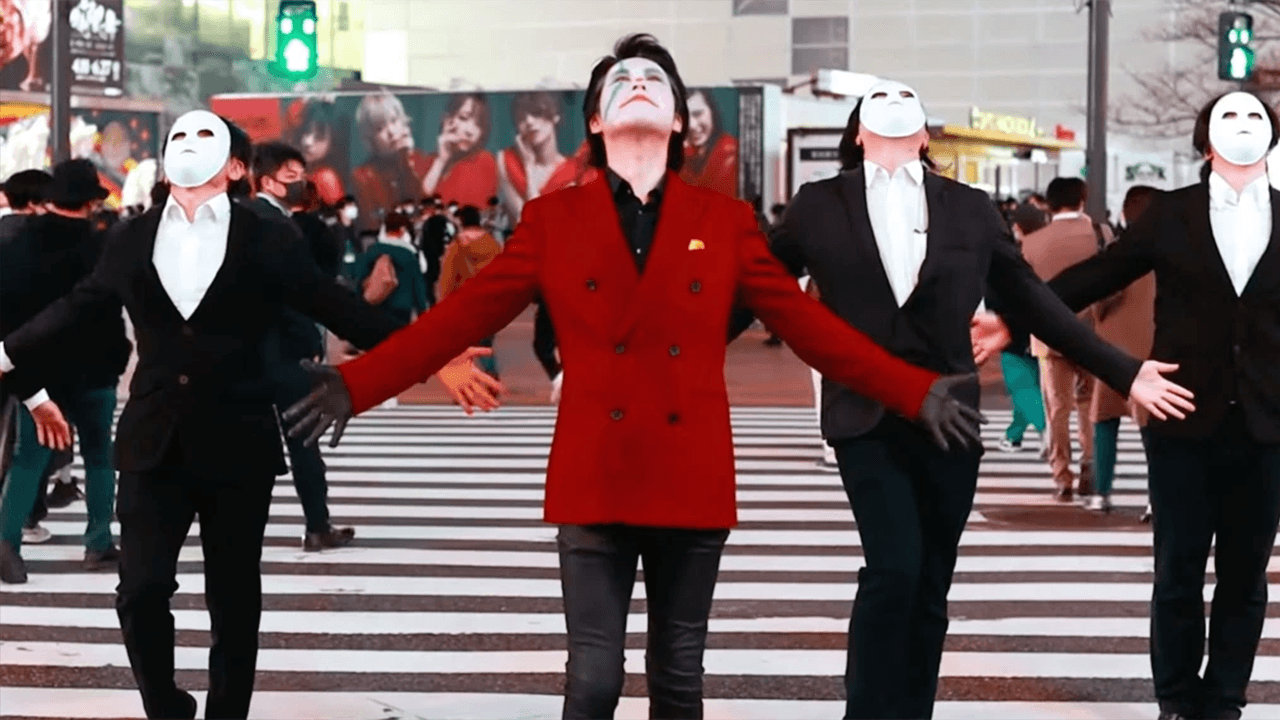 A Japanese political candidate is campaigning dressed up like Joaquin Phoenix's Joker character from the 2019 movie of the same name.

Sora News 24 reports that Yuusuke Kawai announced his candidacy with the Party to Make All of Chiba a Land of Dreams and Magic, running for the position of governor in Chiba Prefecture. He wore white face paint and a burgundy purple jacket akin to the Joker.

The Japanese publication states that the reason for Kawai’s flamboyant outfit was to rile up his political rival, Masayuki Hiratsuka, a former Protect the Nation from NHK member, who currently leads the People’s Sovereignty Party. Hiratsuka's party has become infamous for downplaying the coronavirus and playing up the dangers of vaccines.

The New York Post reports that Kawai instructed viewers to record his remarks and share them on social media. He then talked about his platform, which includes building a red tower, renaming the local airport to Disney Sky, and turning Disney’s “Let it Go” from the movie Frozen into the prefecture’s official theme song. He also intends to outlaw the word “trash” and replace it with “star fragment.”

Beyond his mockery of the political process, the Joker impersonator took aim at anti-maskers who downplayed the risks of COVID-19 and explained to them that proper precautions can prevent them from getting sick and catching regular diseases.

Asked about his makeup, Kawai told the media that he saw the Joker as an antihero and used the outfit to garner public support. Kawai reportedly quit his job and tried to pursue a career as a stand-up comedian.

When he was unable to land on TV, he turned to YouTube and created a music video called “It’s Show Time.” He says that he did not try to fully replicate the Joker character, due to potential copyright issues.