While speaking to comedian Duncan Trussell, Rogan weighed in on how Joe Biden’s apparent cognitive difficulties were getting harder and harder to conceal. 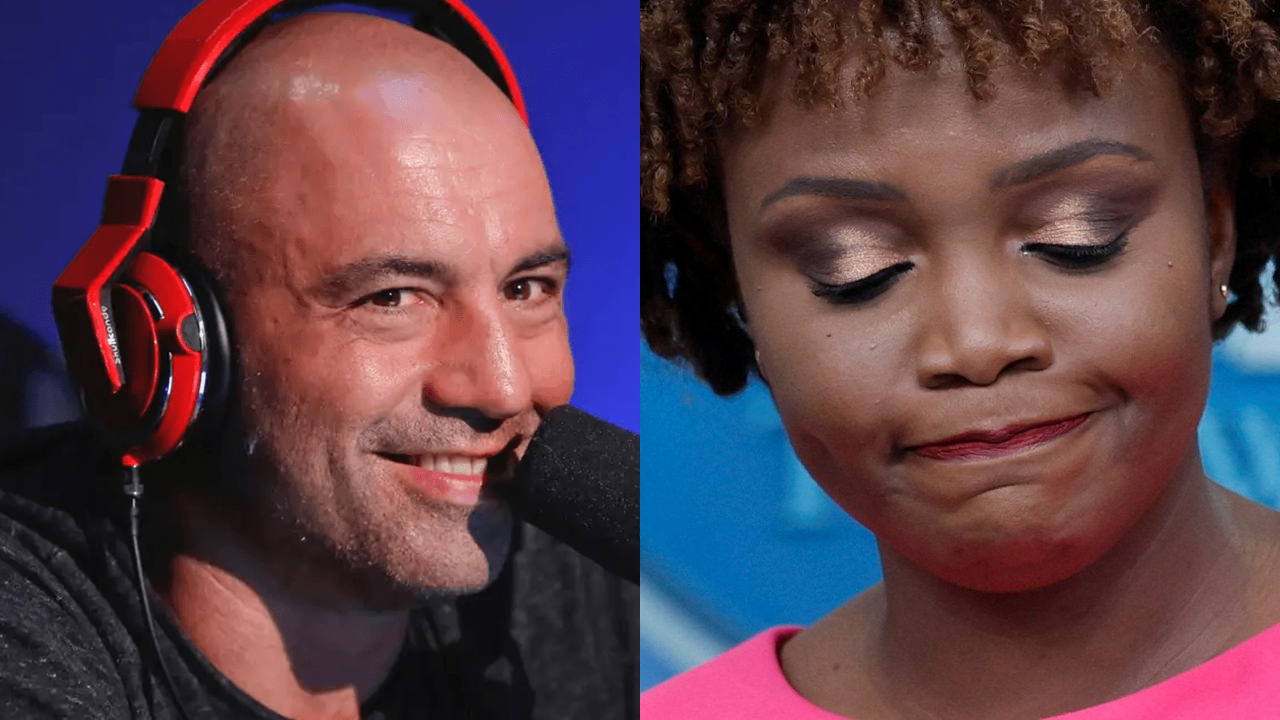 Joe Rogan took a metaphorical pickaxe to White House Press Sec. Karine Jean-Pierre and the liberal mainstream media, tearing into the spokeswoman and her allies for her “incredible gaslighting.”

While speaking to comedian Duncan Trussell, Rogan weighed in on how Joe Biden’s apparent cognitive difficulties were getting harder and harder to conceal.

“If you’re a lawyer, your job is not to make a judgment in your head. ‘I think maybe this guy’s lying and maybe he did it.’ Your judgment is to try to get your client off. And that’s why a lot of defense attorneys, man, that’s a slippery f*cking weird world to be in. Well, don’t you think it’s the same way in the government? If you’re that poor lady who’s the White House press secretary?” Rogan asked.

“It’s the f*cking worst job. It’s the worst job. You get all the hate of the president and none of the power. Like f*cking everybody hates you,” he said.

In his remarks, Rogan highlighted a recent incident in which Biden looked for Rep. Jackie Walorski in the audience, asking “Where’s Jackie?”

Walorski had died in an automobile crash weeks prior to Biden’s apparent lapse of memory. The president even released a statement of condolences to Walorski’s family following her untimely death.

When asked by journalists what Biden was thinking when he made his remarks, Jean-Pierre tried to downplay the incident by claiming that he was looking for her because she was “top of mind,” and not because he had any memory problems.

“’Top of mind. She was top of mind.’ I mean, it was really like the — it was like for what she had to work with, it was some incredible gaslighting,” Rogan stated. “Top of mind’s a good one because it’s nonsense.”

Trussell responded to suggest to Rogan that there is no way Jean-Pierre came up with the excuse on her own and that she got outside help to cover for the president’s difficulties.

“I think that exactly is probably what happens,” Rogan replied. “There’s probably some consultation on what’s the best phrasing … So that’s her job, just like a defense attorney. It’s their job to try to get their client off. That’s her job.”

In addition to the “top of mind” incident, Rogan highlighted another episode in which Dr. Mehmet Oz, who is running for the Senate in Pennsylvania, debated Democrat candidate John Fetterman.

As detailed by the Rebel, Fetterman struggled with his words throughout the interview, and his appearance left many of his supporters questioning his fitness for office.

“It might just be f*cking propaganda, it’s so dangerous some of the gaslighting that you’re seeing,” Rogan stated. “I’m sure you saw that debate between Dr. Oz and that guy Fetterman for the Pennsylvania Senate. And the gentleman Fetterman had a stroke five months ago. And he’s clearly compromised, to the point where while he’s communicating, he’s not just stumbling.”

“He kind of lost in thought and can’t form a coherent sentence and bounces around from it,” Rogan said of the Democrat. “He looks… he looks troubled. And I was watching MSNBC and they were trying to say, ‘well, I mess up sometimes when I talk and you know, I misspeak and I stumble on my words.’”

“Of course you do, everybody does, we’re human. I do it all the time,” Rogan continued. “But there’s a big difference between the overall one hour debate. You’re looking at a guy who seems to have something really wrong with his brain. And for you to gaslight and pretend that’s not the case just because it doesn’t fit with your narrative, that’s not news. That’s propaganda and it’s f*cking dangerous.”