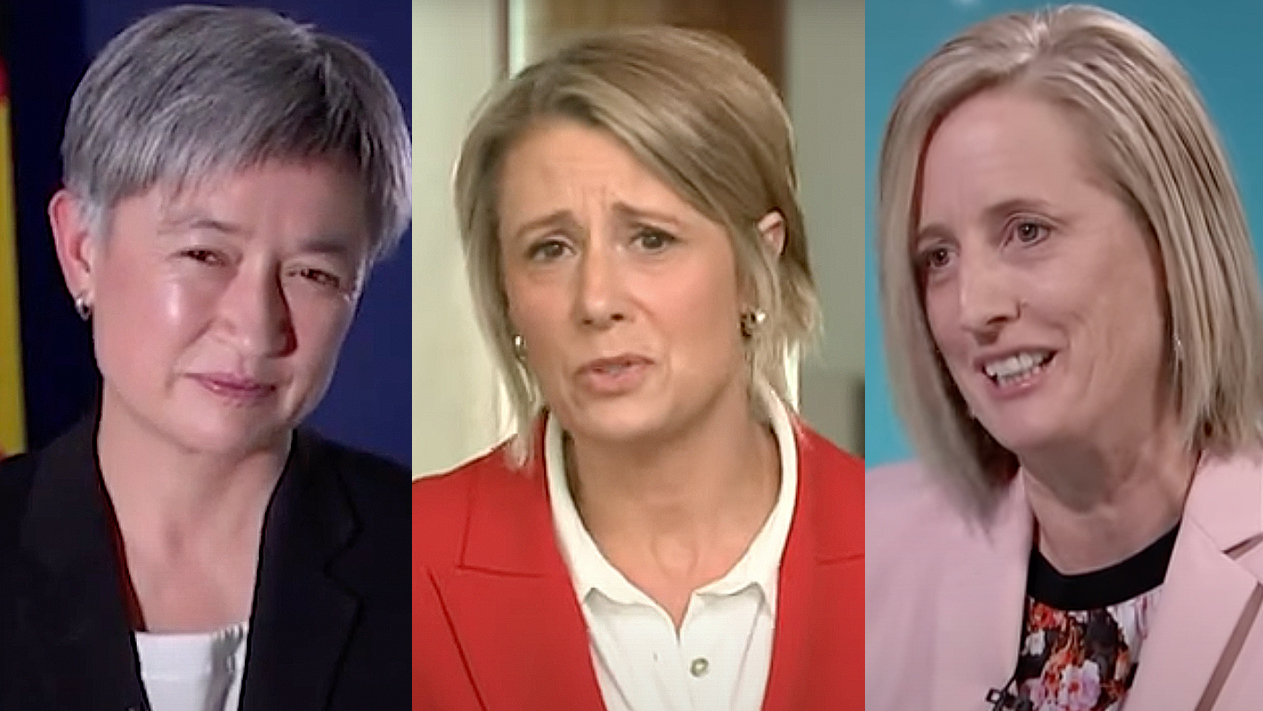 Labor Leader Anthony Albanese made a mistake when he accredited the ‘Mean Girls’ title to journalists trying to smear the Labor Party. It was the late Kimberley Kitching herself who referred to the trio of Labor Senators who allegedly bullied her as ‘Mean Girls’ – an allegation that Albanese shrugged off as an attack on women.

“I find it astonishing that in 2022 I get a question using the term ‘mean girls’,” said Anthony Albanese. “I find that extraordinarily disrespectful to describe strong, articulate, principled women like Penny Wong, Katy Gallagher, and Kristina Keneally. I find it astonishing and a throwback – decades…”

The subtitle on Sharri Markson’s article in The Australian said, “The ALP Senator [Kitching] endured a pattern of hostility, isolation and cruel treatment by senior Labor colleagues that put her under stress for a long time before she died.”

The article, and others like it, detail various behaviours from Labor Senators that, according to Kitching’s conversations with friends and co-workers, left her feeling stressed and ostracized from her Labor colleagues.

Senators Wong and Gallagher have strongly denied the claims made against them by Kitching.

Prime Minister Scott Morrison has urged that Kitching’s ‘distressing claims’ made against the trio of Senior Labor Senators should not be dismissed.

“These reports of her treatment are not ones that I can confirm, obviously, as the leader of the Liberal Party, but they’re certainly things I would expect to be taken very seriously and addressed. The reason she had so many friends on our side is because she [Kitching] stood up very strongly for issues of our national security and sovereignty,” said the Prime Minister.

Minister for Defence, Peter Dutton, has also commented. “Putting politics aside, there are serious allegations here that have been made. Out of respect for Kimberley and her family, they need to be properly investigated and properly understood.”

Dutton added, “It’s obvious from the accounts of Labor people themselves, they’ve spoken about the conduct and the way in which Kimberley was treated over a long period of time.”

This is also not the first time that the Labor Party has been accused of having a ‘problem with women’, even when that bullying originates from other female staff. Victorian Premier Daniel Andrews is currently fending off claims from a now ex-Labor MP about repeated and prolonged bullying at the hands of Labor powerbrokers.

Albanese denies that the Labor Party has a cultural problem with women, citing its 50% quota.

“Out of respect for Kimberley, I think the idea that people go into who might have had a disagreement here or there is totally unbecoming,” said Albanese. “I’m going to pay respect to Kimberley Kitching by treating her with the respect that she deserves. She made a contribution for too short a time to the Labor Party and to the Labor cause.”

Now, a senior government minister has alleged that these fresh allegations about female Labor senators being bullied by their own party serve as proof that Labor does not support women despite leaning heavily into #MeToo politics.

Home Affairs Minister Karen Andrews has spoken about the claims saying, “The Labor Party likes to portray itself as the party to represent and support women. My experience of the Labor Party is that could not be further from the truth. And I think what we’re seeing being played out now is really what the Labor Party and particularly the Greens are really about. They don’t stand up for women. They don’t support women – and they need to.”

The Labor Party have come out in a defensive manner, protecting themselves and their Senators from the allegations.

Tanya Plibersek, serving as Labor’s spokesperson for women, has also denied that there is any truth to Kitching’s claims of bullying.

“I’m just not going to get into this. We haven’t even had her funeral yet. I don’t think it’s appropriate to be making this into a political issue. We have lost a colleague way too young. We want to respect the wishes of her family and support her husband and her friends in any way that we can.”

The problem for Labor is that they have spent years politicising women in politics, especially when it comes to blaming the Liberal Party for the safety of women in Canberra. As for potential problems regarding the treatment of women inside their party, there does not appear to be the same enthusiasm for the ‘believe all women’ narrative.

“It’s a fine line, people are entitled to fierce disagreements, but it was too much in my opinion, what was done crossed that fine line and people should say they’re sorry and they regret it,” said ex-Labor MP Michael Danby, in relation to comments allegedly made by Senator Wong about Kitching not having children.

Labor Deputy Leader Richard Marles has insisted that, “If there are any concerns that anybody has around bullying or harassment, that there is a way in which those grievances can be pursued.”

Regardless, colleagues and friends of Ms Kitching have been speaking out on TV and radio since her death, recounting what they remember of Kitching’s treatment inside the Labor Party.

Yesterday, Senator Penny Wong was asked about the allegations, which include her, and said, “I’ve seen those reports and I just want to say this. Senator Kitching has passed away. That was tragic and shocking and many in the Labor family are grieving and her loved ones are grieving. So, I’m simply not going to engage in commentary about some of the allegations have been raised, even if I and others disagree with them.”