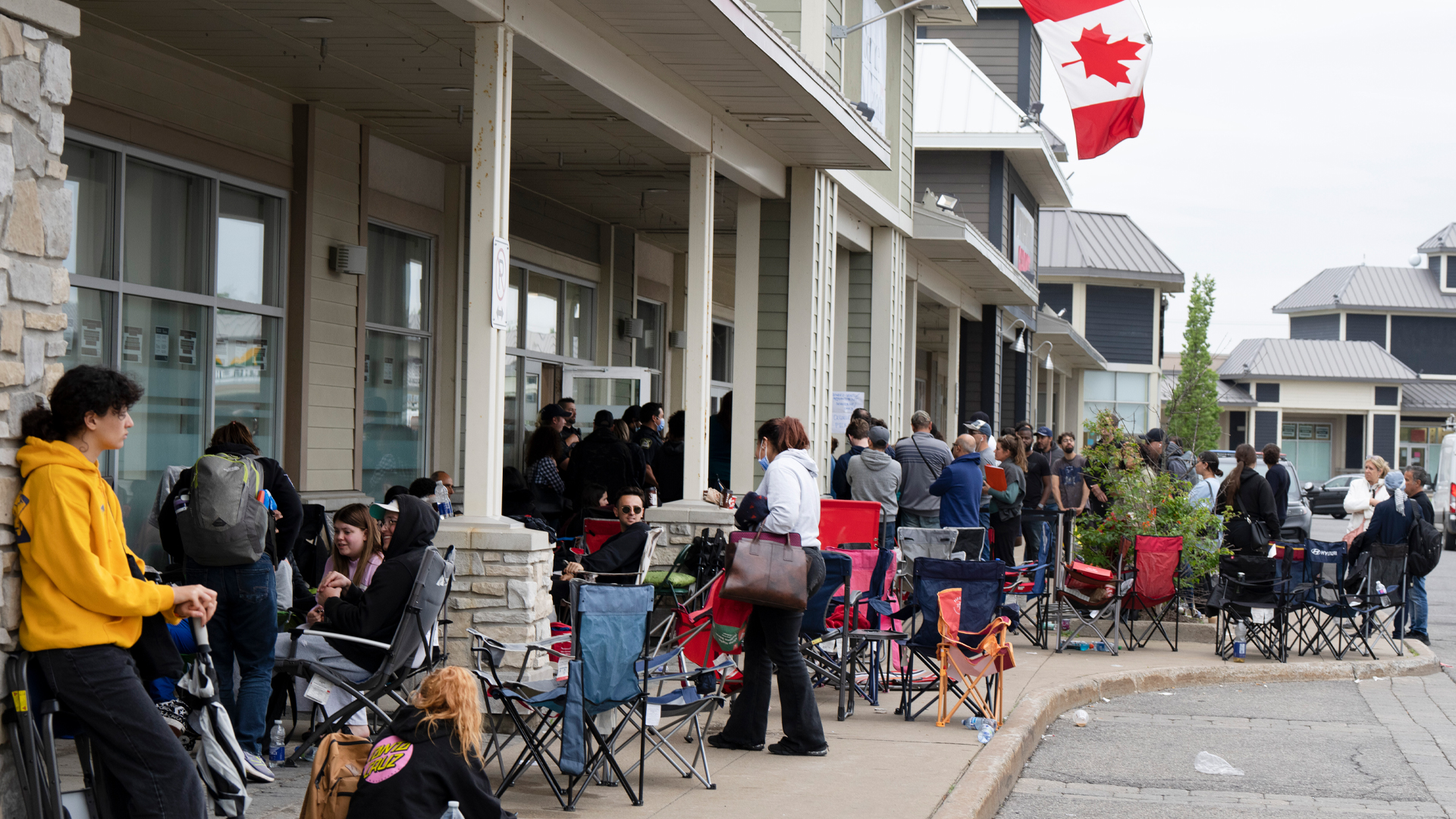 The Liberal Party is now trying to control the crowds in Quebec passport offices by adding potential barriers.

Documents provided to Blacklock's Reporter in June showed that of the more than 26,000 employees of Service Canada, the agency in charge of passport processing, a total 18,362 were still working from home.

DOCUMENTS: Of 26,136 employees @ServiceCanada_E agency that handles passport applications, a total 18,362 are working from home.

Instead of ordering Service Canada bureaucrats back to work in the passport offices, the Liberals ordered more chairs to deal with the sometimes blocks-long line-ups for service and months-long processing delays at Canadian passport offices.

Long wait at the passport office?

Don't worry, the Liberals are buying more chairs so you can sit comfy while you wait all day!https://t.co/U1TIL5nKEF

Rebel News journalists visited the Montreal passport office where these crowd-control barricades are destined, and the line-up looked like something seen for Garth Brooks tickets rather than a government service.

Conservatives have been hammering the Liberals in the House of Commons on the passport delays since early summer.

Today in QP: The PASSPORT BACKLOG is an absolute MESS caused by Liberal incompetence. My constituency office is doing all we can to assist those who can't get through to Passport Canada, but my staff has waited hours on the 'HOTLINE' #passportdelays #pittmeadows #mapleridge pic.twitter.com/8KNhaK9FaC

New Conservative leader Pierre Poilievre took a swipe at the Liberals' passport office fiasco in his inaugural speech upon winning the leadership.

Pierre Poilievre calls out the Trudeau Liberals during his leadership win speech: "[Canadians] don't need a government to run their lives, they need a government that can run a passport office" https://t.co/U3rVpK1Wmj pic.twitter.com/IQU8nQxVja

Liberal MP Karina Gould, the minister in charge of the passport office disaster, must be held accountable for the processing delays, line-up, and street camping Canadians face to access their travel documents. To sign our petition calling for her to be removed, please visit www.FireGould.com.