LIVE UPDATES: Chris Scott of the Whistle Stop Cafe back in court 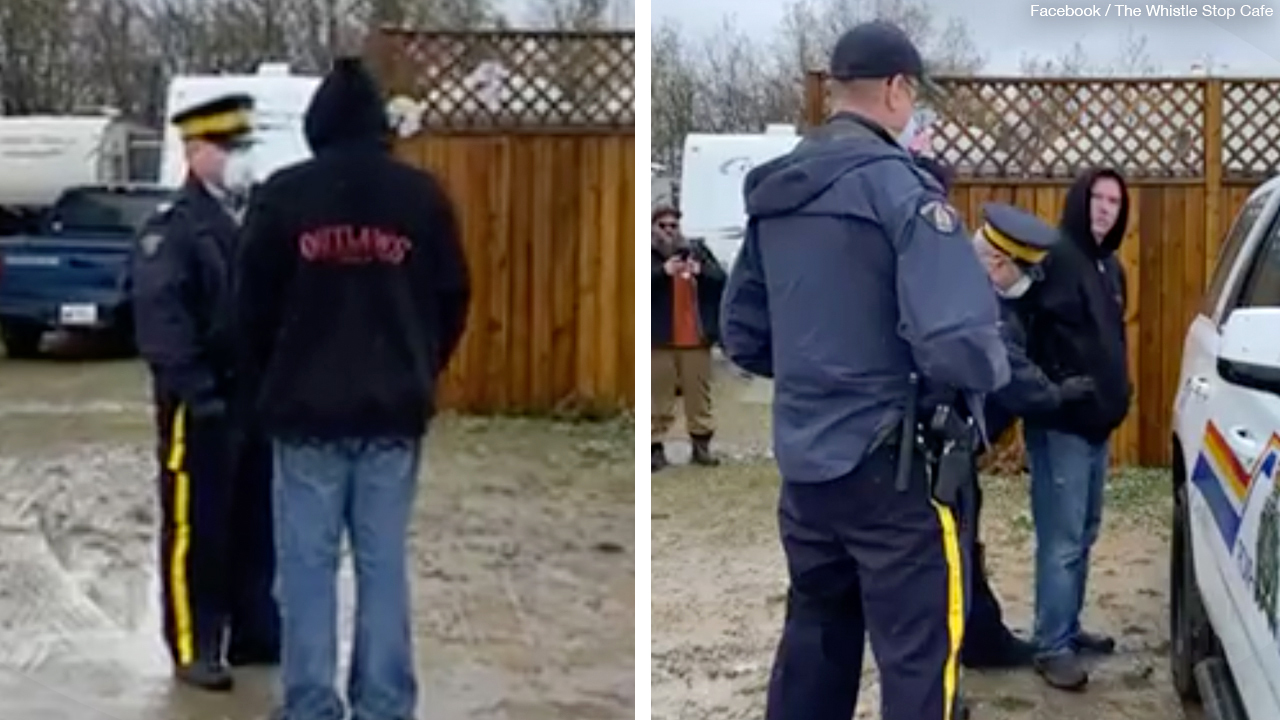 Chris Scott of the Whistle Stop Cafe is set to hear a decision on their contempt of court orders today at 10:00 a.m. MT.

And that's a wrap. Adam Soos (@ATSoos) and I will be filming respective video updates about the cases today.

To help offset the legal cost to fight for religious and entrepreneurial freedom, you can donate two ways. SaveArtur.com Or FightTheFines.com Thanks everyone

Williamson and Scott are back in court Wednesday in front of the appeals court arguing the ex parte Rooke order was procedurally flawed. So this situation could change if the order is tossed because it was obtained in the sleaziest and sneakiest of ways.

Judge is asking Albert Health Services to outline in writing if they are seeking a period of imprisonment as a sanction against Scott and Pawlowskis These men were locked up for three and two days respectively. And yet this sickening government could ask for more?

Court will hear arguments on sanctions for Pawlowskis and Scott on the afternoon of July 27. However Scott and Williamson are headed to the court of appeal, fighting the original order against him. So this isn't close to over yet. You can donate at FightTheFines.com.

There you have it. The govt can get a secret order against you without informing your lawyer (that they know about), stick the order in your hands, or in the case of the Pawlowskis, drop it at your feet in a plastic bag, and if you don't immediately obey, you can go to jail.

3 elements required for contempt. 1. the order clear with the act and the named respondents. 2. People who breach must have actual knowledge of the order 3. the people accused must have meant/intended to breach the order

Judge summarizes Williamson's argument: that there was an abuse of process by AHS getting an ex parte application against Scott when they knew full well Scott had a lawyer and that they knew how to get a hold of the lawyer and yet AHS failed to tell the judge these things

Judge summarizes Miller's arguments. 1) that he wasn't given enough time to understand and respond to the Gates order. 2) that the Rooke order didn't apply to him or religious services.

The Gates order required an on-demand viewing of Pastor Pawlowski's church services. The Rooke order restrained Chris Scott, and unnamed Jane and John Does, from holding a protest.

Germain is now laying out the history of the so-called coronavirus third wave. "Pawlowskis and Scott openly defied the efforts of AHS to control the third wave"

Williamson calls what happened to his client a gross abuse of process by the government. (Williamson was excluded from the hearing in which AHS failed to inform the court that Scott was represented by a lawyer. AHS knew of Williamson.)