CBC said they're going to leak a letter I sent to Alberta Premier Danielle Smith discussing charges issued during the lockdown. 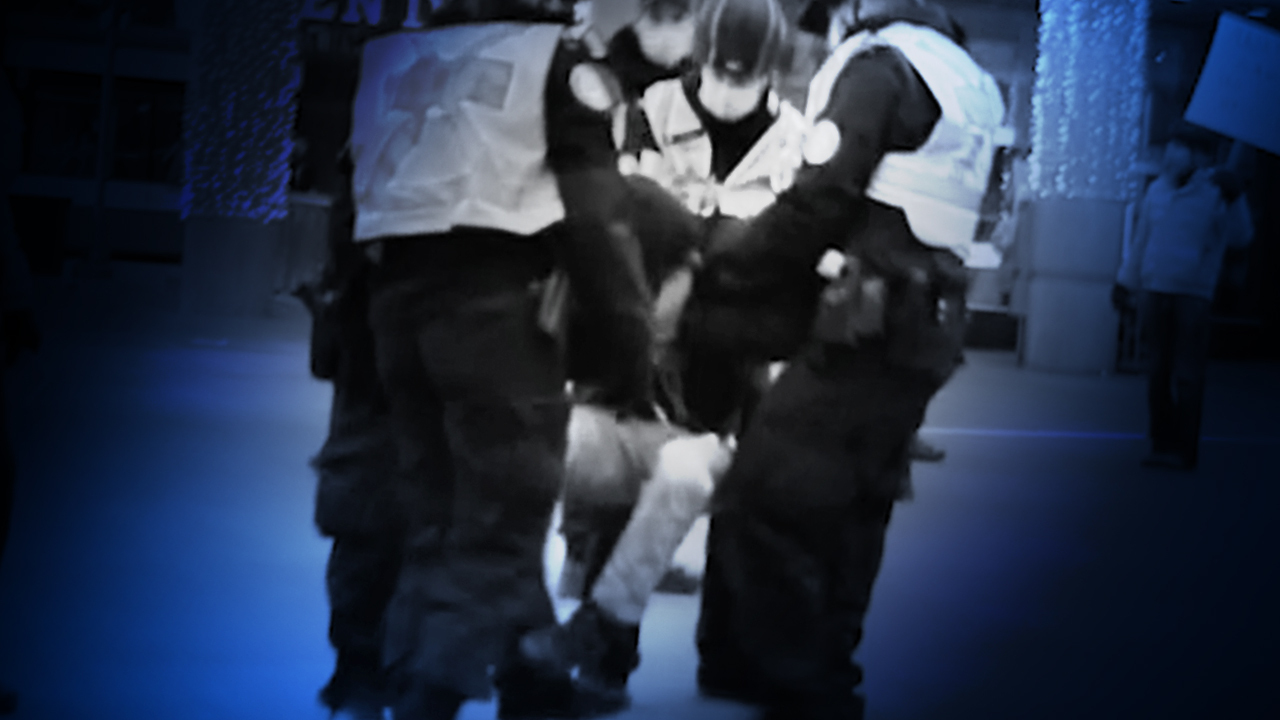 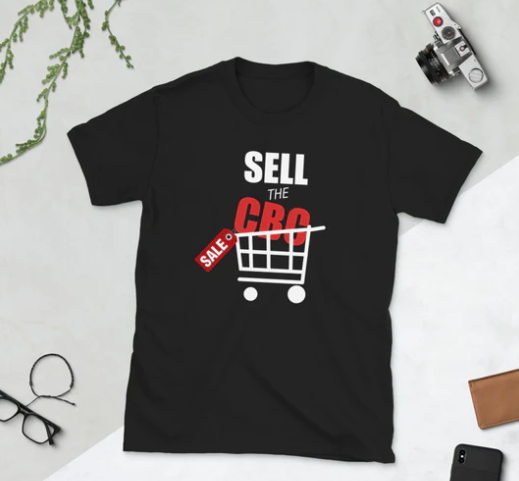 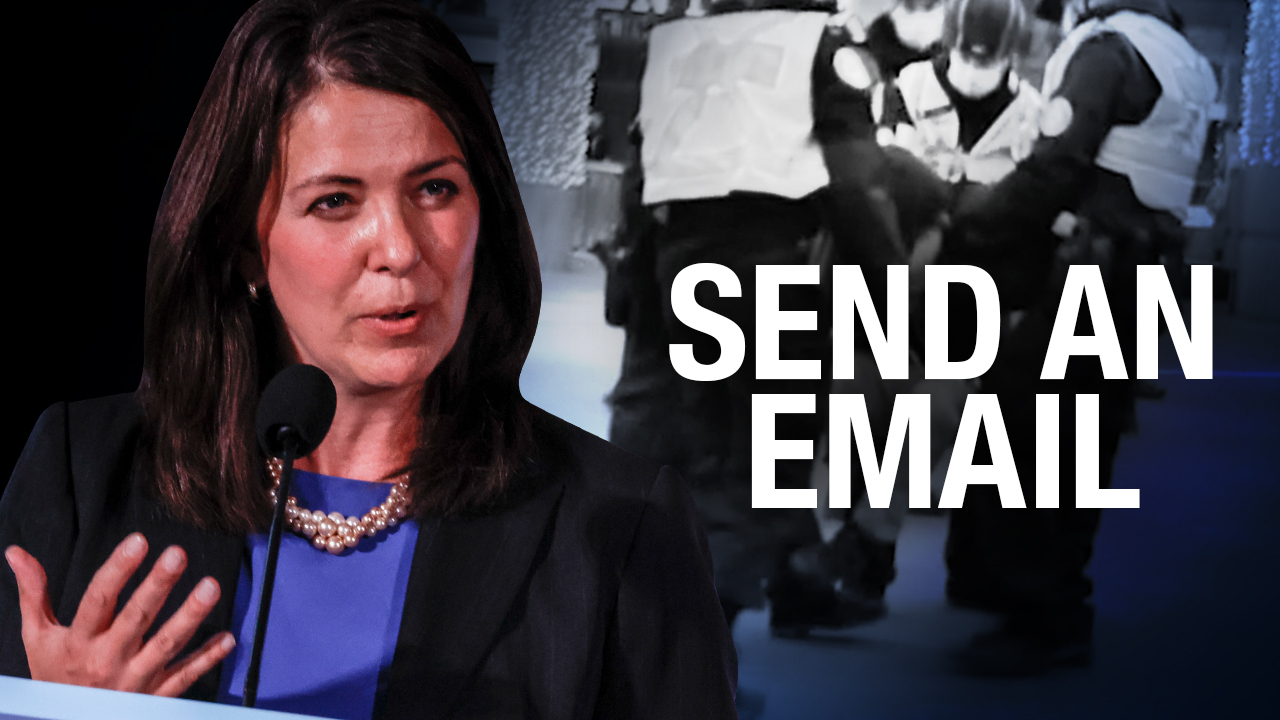 I just got an email from Trudeau’s CBC state broadcaster telling me they’re coming to smear me. They even told me exactly when it would happen: 12 noon Alberta time.

They say they have a secret letter, written by me to the premier of Alberta, Danielle Smith, and that they’re going to publish a story about that letter at 12 noon.

They say I’d better explain myself to them now.

What would you do if the CBC threatened to blackmail you with a gotcha story?

MY LETTER TO THE PREMIER

Here’s what I’m doing: I’m publishing the letter myself, here, first, so everyone can see it. I’m calling their bluff.

They really can’t threaten to release my letter if I do it first, can they?

Take a look for yourself:

As you can see it’s a five-page letter that I sent to the premier’s chief of staff back in November after I had a chat with the premier in person.

I’m very proud of that letter, and I stand by every word of it.

WHY DOES CBC CARE ABOUT THIS LETTER?

It should come as no surprise that the CBC is coming to throw mud at us.

They are Justin Trudeau’s state broadcaster. They are his attack dogs. And they hate nothing more than Rebel News, and the people who support us. They hate you.

But let me pause for a moment and tell you what this is really about and why it’s happening.

See, when Danielle Smith was first running for the leadership of Alberta’s United Conservative Party, to succeed Jason Kenney, our reporter Adam Soos asked her a great question that the CBC would never ask: would she call off Jason Kenney’s politically-motivated lockdown prosecutions?

It was a good question and she answered it well — and calling off Kenney’s prosecutions of churches and small businesses became part of her campaign platform.

But right then, the CBC resolved that they would do anything in their power to destroy Danielle Smith.

So far they’ve failed — she’s now the premier. But they know they’ll get another chance just four months from now in the general election. So they’re campaigning against her, full tilt.

By the way, we’ve asked Smith this same question several times. In fact, I personally asked her about it in my one-on-one year-end interview with her, at the Legislature. And the ongoing lockdown prosecutions were the number one subject I raised with her.

If you haven’t seen that interview yet, it’s worth watching — you can see the whole thing by clicking here, if you want.

So they hunted for proof that someone did something wrong. And — huge scoop! — they found the smoking gun. They wrote a blockbuster story last week, claiming that Smith’s office inappropriately wrote to prosecutors to tell them to call off the case against truckers in Coutts.

They said that Smith’s staff “sent a series of emails to the Alberta Crown Prosecution Service, challenging prosecutors’ assessment and direction on cases stemming from the Coutts border blockades and protests”.

What a bombshell. A smoking gun. In fact, it caused an emergency caucus meeting. Her MLAs were in revolt.

Except: it wasn’t true. There were no such emails.

And the CBC didn’t disclose — until later — that they actually didn’t see any emails. It was just a rumour from a secret source.

Yet because of this false accusation, the public service of Alberta made an emergency search of all emails between the premier’s entire staff and the Justice Department. They literally reviewed one million emails. And there wasn’t a single one.

And yet the original CBC story is still on their website, even now.

Whatever credibility the CBC had in Alberta — and that’s not a lot — just got torched.

But Meghan Grant, the lying CBC reporter, is trying in some way to salvage her credibility.

So she sent me a letter this morning. You can read the whole thing here for yourself:

She said she has a letter from me to Smith’s office and is demanding to know why I wrote it, and if I had interfered with these prosecutions.

It’s obviously a smear. And it’s obviously an attempt by the CBC to salvage their story in some way. They lied about Smith sending inappropriate emails. But maybe they can substitute another scandal — that I wrote a letter to Smith.

It’s a gotcha. And she says I only have a few hours to reply — or she’s going to leak my letter. So I’m going to leak it here first.

MY RESPONSE TO THE “BLACKMAIL”

You know, Rebel News and I have been saying the same things about these lockdown prosecutions in public and in private for nearly three years. You might even know, we actually have a billboard at the side of the main highway in Alberta, calling on Smith to drop the prosecutions.

Here’s an excerpt from my letter. The one the CBC thinks is a smoking gun. It’s five-pages, with legal footnotes, so I’ll just show you an excerpt. But you should read the whole thing for yourself, here.

“I am only suggesting that the Prosecutions which have been politically motivated, targeting people who only sought to exercise their constitutional freedom of expression and religion, be stayed, or discontinued. From my knowledge of the Prosecutions, most people charged were either attending a protest or a religious gathering. Usually, the people charged were the low-hanging fruit - the most vocal or the ones sharing their message on social media. None of the Prosecutions that The Democracy Fund or Rebel News supports have any violence or firearms involved. The Premier’s action on these Prosecutions will promote democratic principles and ensure an appropriate use of our Court’s limited resources.”

Here’s another excerpt. But really, go and read the whole thing here.

“Withdrawing charges, staying proceedings, or declining to prosecute (or continue a prosecution) is justified if there is no reasonable likelihood of conviction (this standard varies by the facts of each case) or if the prosecution does not serve the public interest. The Prosecutions that I am aware of do not meet either element of the test, let alone both, so staying the charges is well justified. There are clear legal issues with many of the Prosecutions that I am familiar with. Prosecutions under the Public Health Act are likely to fail because, as the Premier likely recalls, the CMOH [Chief Medical Officer of Health] Orders were vague, confusing, inconsistent, and did not specifically prohibit certain activities.”

“The Premier can, should she choose to, direct the AG [Attorney General] to review and withdraw or discontinue any cases arising from the CMOH Orders under the Public Health Act, criminal charges being prosecuted by ACPS [Alberta Crown Prosecution Service], charges under the Critical Infrastructure Defence Act, or any pending charges or applications stemming from alleged breaches of the Court’s Orders to refrain from public gatherings or otherwise. The Premier could request that the review be undertaken with respect to each Prosecution held with ACPS and cases where there is no reasonable chance of conviction or where prosecution does not serve the public interest be discontinued immediately. Obviously, the AG would take into account the Premier’s view that, without more (i.e., violence), proceeding with these prosecutions is not in the public interest.”

WHY IS CBC SO UPSET?

They can’t stand that Smith actually talks to me, and gave me a great year-end interview.

Look, I have no idea what Smith did or didn’t do with the letter I wrote to her. I’m just glad that she’s interested in more points of view than the Trudeau shills at the CBC. And that’s what the CBC hates.

So that’s why I’m not scared about the CBC leaking my letter. Because I’m proud of it. In fact, I’d be grateful if you read it — and in fact, if you’re an Albertan, I’d encourage you to send a version of that letter to Smith, yourself, or your local politician.

HOW TO FIGHT BACK

And while you’re here, take a moment to sign our petition. I just checked, and nearly 25,000 people have signed it so far, to call off these prosecutions. Let’s see how high we can get it!

If you’re like me, and you despise the CBC, and you’re deeply embarrassed by the unethical journalism published by Meghan Grant, do something positive about it. Sign our petition calling for a lockdown amnesty. And while you’re here, feel free to chip in to support our journalism and advocacy.

Meghan Grant and the CBC are bought and paid for by Justin Trudeau — and it shows.

Rebel News is supported only by our viewers — and it shows, doesn’t it?