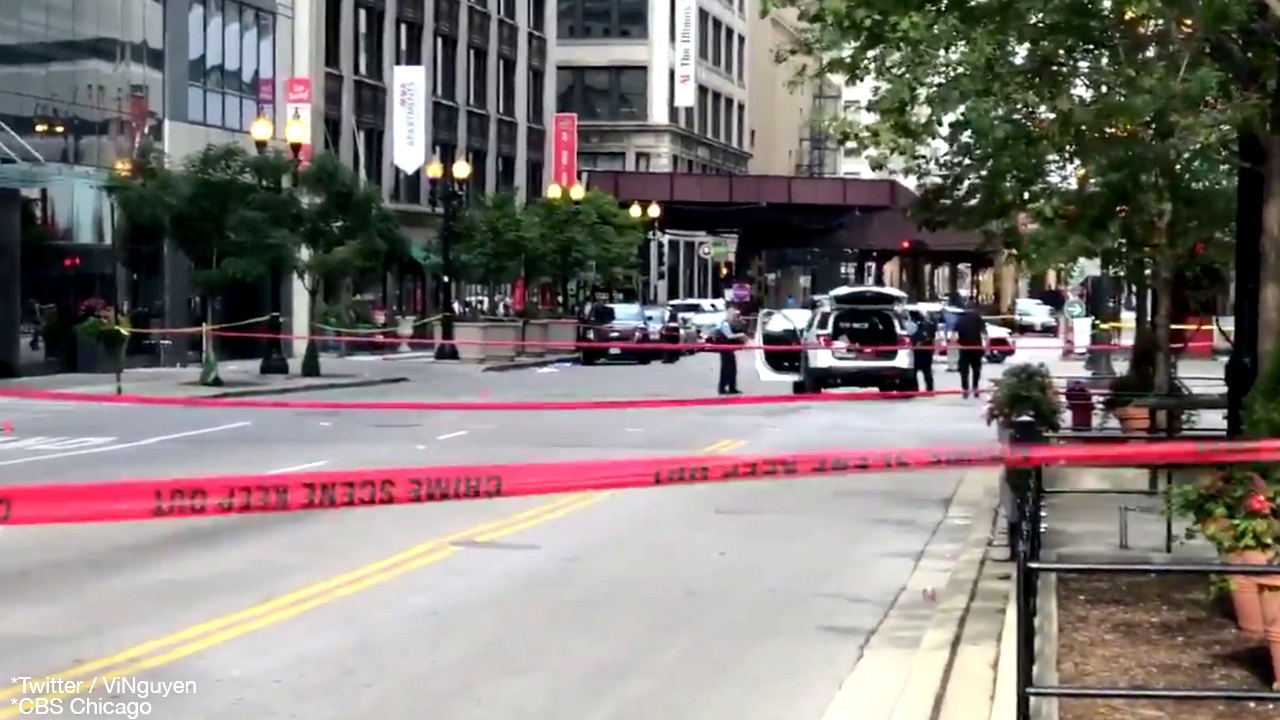 Chicago looters ransacked dozens of retailers on late Sunday night, using a police-involved shooting as an excuse for the mass violence.

Hundreds of people travelling in a convoy of dozens of vehicles, swept through Chicago’s Magnificent Mile, an upscale part of the city where many shopping stores are located. They smashed windows, looted stores, set fires, and exchanged gunfire with police officers and security guards, wounding several.

Much of the chaos unfolded over social media under the hashtag #ChicagoRiots, with the media blaming a police-involved shooting as a justification for the violence. On Sunday afternoon, Chicago police shot and wounded a man in Englewood who had opened fire on them when they attempted to stop him.

The man, who was not identified, has four previous arrests.

What happened overnight was an act of violence against this city. We will not tolerate these actions and we will hold those responsible accountable. pic.twitter.com/liaRoMIgUp

Chicago police superintendent David Brown said that the looting was sparked by false reports on social media that the person who was shot was a 15-year-old boy. He wasn’t.

A security guard was shot by looters during last night's looting spree in Chicago. pic.twitter.com/0NiayBKMtx

Brown said that the violence was “fuelled by misinformation,” and described the rioting as “an incident of pure criminality.”

“Criminals took to the street with the confidence that there would be no consequences for their actions,” Brown said. “And I for one refuse to allow these cowardly acts to hold our city hostage.”

Another normal night in Chicago. pic.twitter.com/dKTyemyf7k

Brown added that the criminals felt “emboldened” by the lack of prosecutions after being arrested during previous riots sparked by the death of George Floyd in late May.

There are literally hundreds of looters in Chicago right now, hitting all the stores. pic.twitter.com/rXpdhZFEOZ

Speaking at a press conference on early Monday, Mayor Lori Lightfoot described the chaos as “an assault on our city,” adding that she did not care about “whatever justification was given for this.”

“To be clear, this had nothing to do with ... First Amendment protected activity,” she said.

Mayor Lightfoot, who is facing increasing scrutiny for her failure to keep violence under control in Chicago, called on Cook County State’s Attorney Kim Foxx to prosecute everyone arrested in connection with the looting.

“These people need to be held accountable and not cycled through the system,” Lightfoot said.