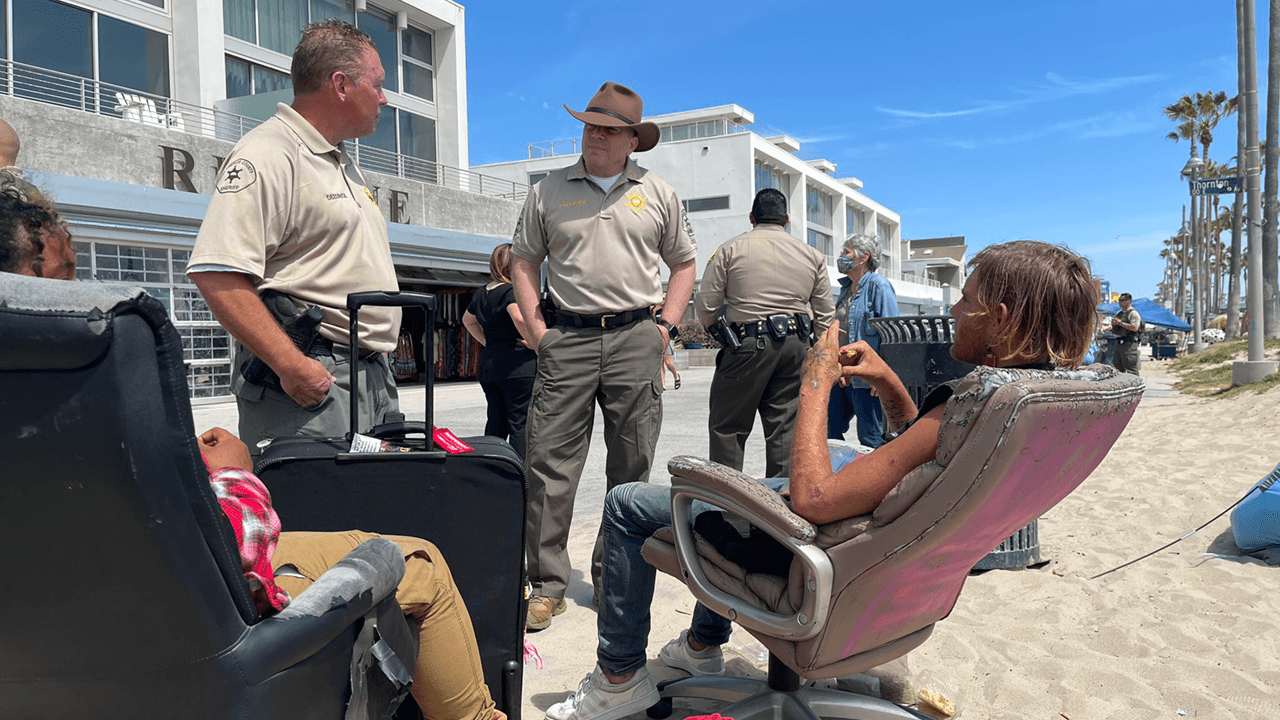 As Californian politicians refuse to act, Los Angeles County Sheriff Alex Villanueva has made a promise to crack down on Venice Beach’s public spaces, which have become overrun by homeless encampments.

Posting on Twitter, Villaneuva walked with the sheriff’s department’s Homeless Outreach Services Team to survey the Venice Beach boardwalk, where he met with local businesses, residents, tourists and homeless people to understand the crisis.

“I can only sit on the sidelines for so long, waiting patiently for the city and county to do something about homelessness,” he said. “It’s time to compassionately reclaim and regulate public space for the community.”

For over 170 years, the Sheriff has been the elected official tasked with handling law and order in the county. I hear the cries for help loud and clear from the community.

As detailed by the Daily Wire, the Los Angeles Homeless Services Authority estimated that there were around 2,000 homeless people in the neighborhood in 2020, a 57 per cent year-on-year increase from 2019. Officials have been unable to conduct a more recent survey due to the coronavirus pandemic, but experts expect to see a rise in the city’s homeless population.

“My job is to let local law enforcement and local city government handle their problems,” Villanueva said to a man who expressed his concerns over violence in the area. “If they’re not doing it, I’ve got to step in at some point, and I’ve got to decide, it’s not working. We need more help.”

Villanueva also expressed his frustration with Los Angeles city leaders who are pursuing strategies that effectively hamstring the LAPD and prevent them from doing their jobs. He said that he has “complete faith in LAPD if they’re not handcuffed, hogtied, and gagged.”

“But when you handcuff them, they no longer have the capacity to regulate public space,” he said. “So they’re dealing always with the aftermath.”

Speaking to KFI radio on Tuesday, Villanueva says that the Los Angeles Sheriff’s Department will be forced to step in when local leaders fail to do anything about the problem.

“Historically, we defer to local mayors, local police departments, local city councils to get the job done,” he said. “But when they fail to do it, I’m going to have to step in because we are at the point of no return now.”

“We’ve just got to read the tea leaves and realize that we’ve got a huge problem on our hands,” Villanueva added, “and the last thing we need are gutless politicians who are refusing to do what needs to be done to resolve the problem.”