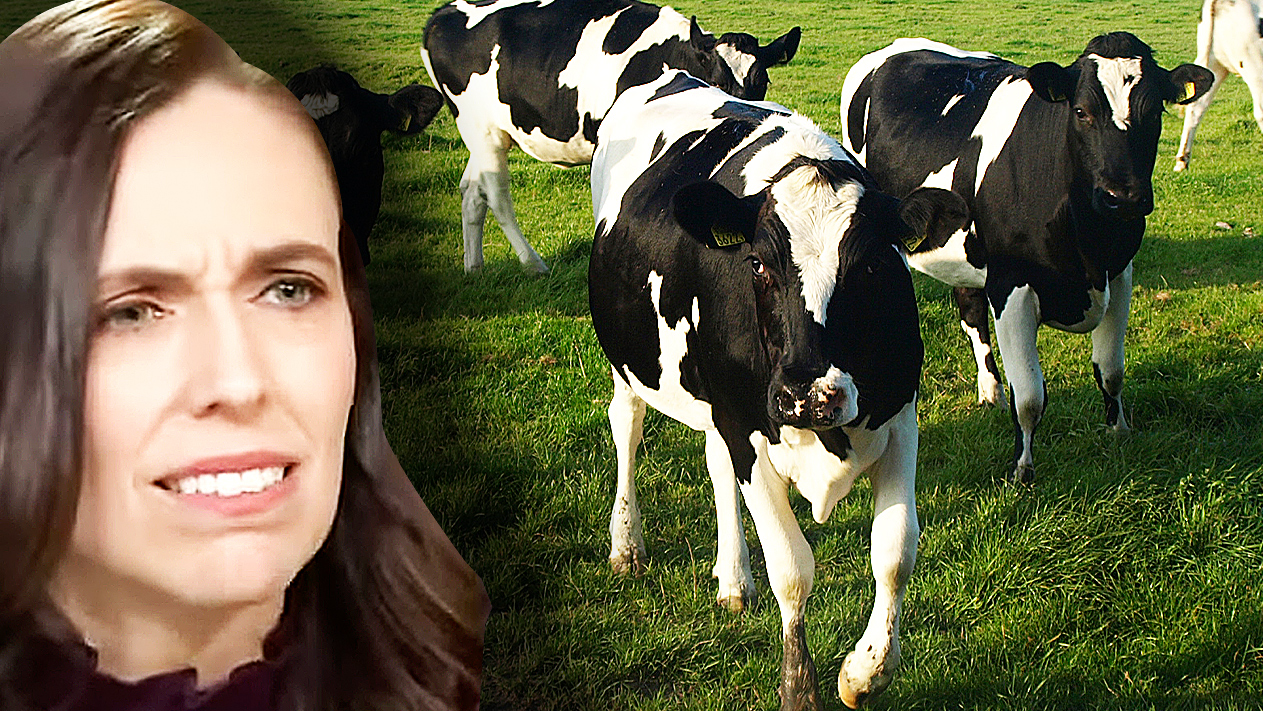 Prime Minister Jacinda Ardern has boasted that her government will be the first in the world to introduce such a tax.

And Agriculture Minister Damien O’Connor said he was excited for the country to lead the world in reducing carbon footprints by taxing livestock emissions.

But “ropable” armers have slammed the move.

And in Australia the National Party have demanded a guarantee from Prime Minister Anthony Albanese that a similar tax would not be imposed on Aussie graziers.

New Zealand Federated Farmers president Andrew Hoggard said it would be “an understatement” to say Kiwi farmers were upset by the plan.

“The message I am getting from farmers is that we must oppose this,” he said.

Ardern’s animal 'burp tax' is aimed at fulfilling her promise to reduce methane in pursuit of her carbon neutral by 2050 goal.

She said on Tuesday farmers would be taxed for methane emitted by livestock through burping and farting as well fertiliser-rich urine.

She told a press conference New Zealand farmers would benefit by being the first in the world to pay such a “workable” and “pragmatic” tax.

“No other country in the world has yet developed a system for pricing and reducing agricultural emissions, so our farmers are set to benefit from being first movers,” she said.

A tax on livestock emissions was first proposed in 2003 by then Prime Minister Helen Clark. The plan was dropped after huge opposition from farmers.

Ms Ardern’s plan gives farmers until November 18 to voice their opposition before it is legislated.