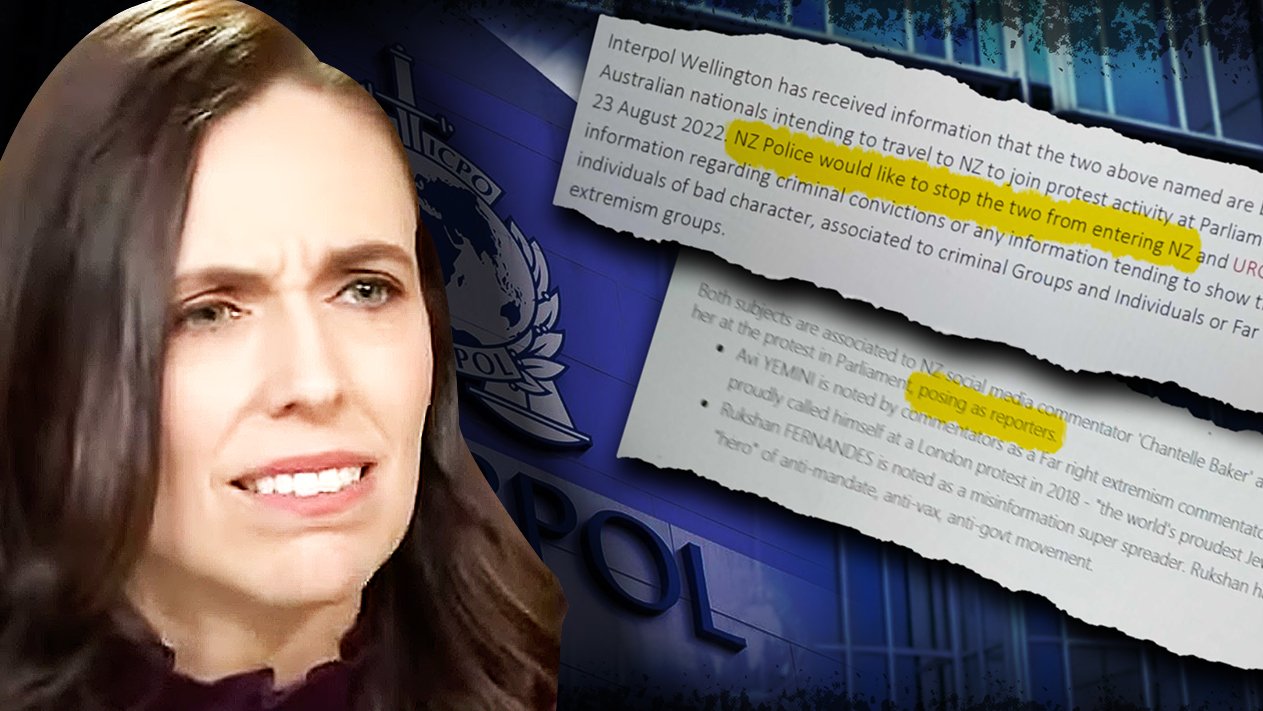 The New Zealand Herald has been blasted on social media after it labelled a whistleblower who leaked a secretive plot to stop reporters Avi Yemini and Rukshan Fernando from attending an anti-government protest a 'mole'.

A NZ Police spokesman confirmed the veracity of the leaked Interpol email in an article written by New Zealand Herald journalist David Fisher.

"We can confirm it was written by NZ Police and sent to a number of people. NZ and Australian Police are currently seeking to establish how the email came to be public," the spokesman said.

Decent people SUPPORT the whistleblower, not the @nzherald.

RT if you agree. pic.twitter.com/dJVrX9b7WJ

NZ Police told the mainstream outlet that the email was part of usual police practice to regularly consult and liaise with international law enforcement agencies.

The report quoted a local 'security expert' who said that the move by NZ Police to politically profile the two Australian reporters 'shouldn't be seen as unusual'.

In a press conference on Monday, NZ Police Minister Chris Hipkins batted away questions about the Interpol leak, saying it was a 'matter for NZ Immigration'.

She is a smiling tyrant. pic.twitter.com/kCMRbRZ1f4

"So police would rather be unchallenged in their authority and hunt a whistleblower who exposed an abuse of power," said one user on Twitter.

"Imagine growing up as a little child, wanting to be a journalist and hold the powerful to account - bringing "truth to power" - only to grow up and go after Bernstein instead of Nixon," said another.

The public feedback didn't get any better for the newspaper on Facebook where users were concerned the whistleblower was being painted by the media as a mole.

"Not a 'mole' but a decent citizen with courage and integrity to speak up. Something the herald are too ignorant to understand," said one user.

"Hopefully it was more than one person. I’d like to think there is more than only 1 Police officer with integrity in NZ," said another.

BFD's Cam Slater, who was originally provided with the leaked Interpol memo, was approached for comment by Fisher but declined to engage.

Instead, Slater leaked the condescending text message from The New Zealand Herald reporter, who cast doubt on the legitimacy of the leak, writing:

'Cameron, could you please call me about the purported email from interpol. Keen to talk about what led you to believe it was genuine'.

Yemini and Fernando had their passports flagged at Melbourne's Tullamarine Airport, with Yemini refused entry into the country by NZ Immigration.

Yemini was advised by an Immigration officer 'Sarah', who refused to give her last name, that he would not be let into the country based on an article she had read in The New Zealand Herald.

The article was published without a reporter's byline in the newspaper a day before the Interpol memo was sent from Wellington to Canberra to seek information the agency could use to stop the journalists from reporting on the protest.

The newspaper article and the Interpol email both used the same misleading descriptions of Yemini and Fernando as justification for the dramatic action.

Jacinda Ardern's CIRCLE OF LIES is closing in

NZ Immigration claimed Yemini had failed a character test to enter the country, while Prime Minister Jacinda Ardern said her government had made no ministerial intervention when asked about the controversy.

"We can confirm that Mr Avi Yemini was denied boarding his flight from Australia to New Zealand as he did not meet the immigration requirements due to his criminal conviction,” NZ Immigration told reporters at the time who did not seek greater justification despite Yemini not meeting the criteria for refusal based on a historic summary offence.

Ardern distanced herself from the memo when asked by NZ journalist Sean Plunket at a press conference, saying she couldn't verify the legitimacy of the leak.

NZ Police later released a statement saying that 'any decision to deny entry to the country is ultimately a matter for Immigration New Zealand'.

NZ Immigration finally admitted it acted based on the information it had received from Interpol Wellington, who seemingly used information from The New Zealand Herald's unsubstantiated article.