Woman who recorded a horse being dragged behind a vehicle was MIA during a scheduled court date. 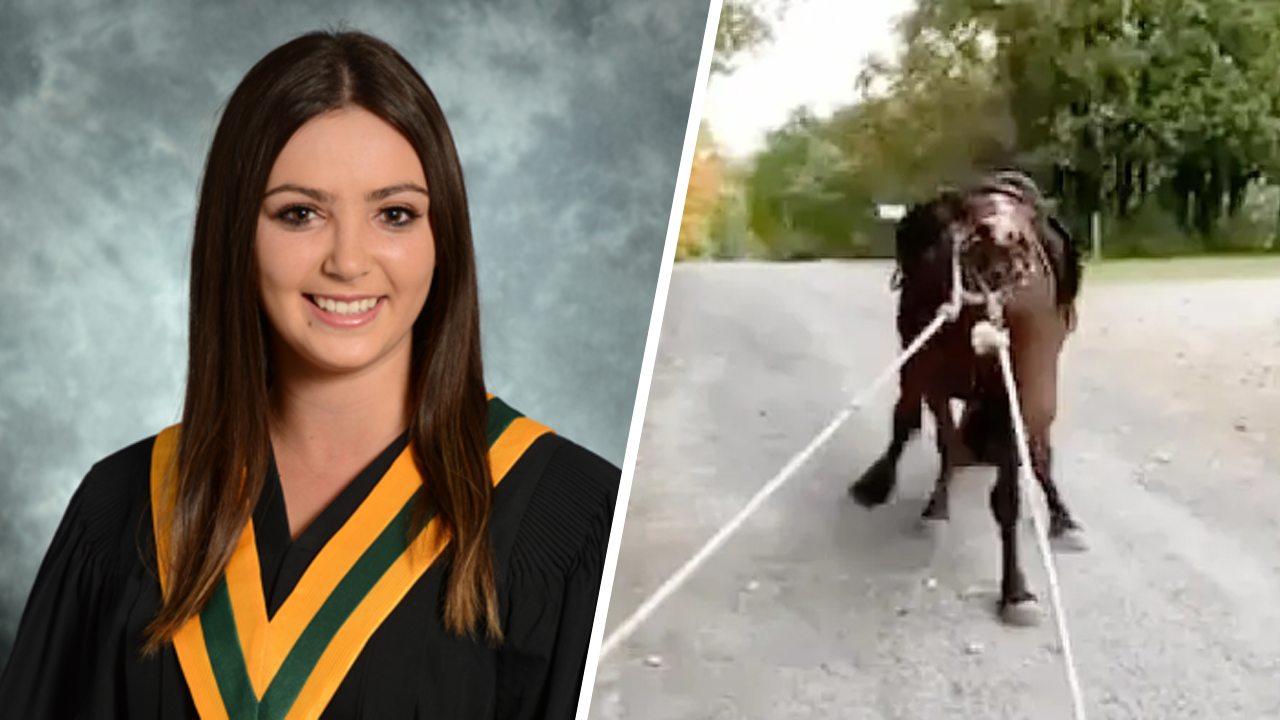 WARNING: This story contains graphic content that some viewers may find disturbing

Solstice Pecile is the alleged abuser of a horse seen in a now-viral video being treated cruelly.

Pecile filmed the horrific abuse showing a horse being dragged behind a vehicle in Northumberland County.

The alleged abuser was set to appear in a Cobourg courthouse today but neither she nor her representation appeared. Her case was adjourned to February 8 as a result.

The Ontario Provincial Police and various animal welfare agencies launched an investigation into the video after various media outlets reported on the disturbing incident.

Shortly thereafter, it was announced that police had charged Solstice Pecile, 23, of the Township of Cavan Monaghan with Causing Distress to an Animal under Sec. 15 (1) of the Provincial Animal Welfare Services Act.

Rebel News’ David Menzies has been unable to locate the horse or its apparent savior. That is Emily Reardon, who claims to be the original owner of Ezra and launched a successful GoFundMe campaign in her name.