Jacob Wells, the co-founder of GiveSendGo, testified that 63% of donors to the fundraising efforts for the convoy on his platform were Canadian. 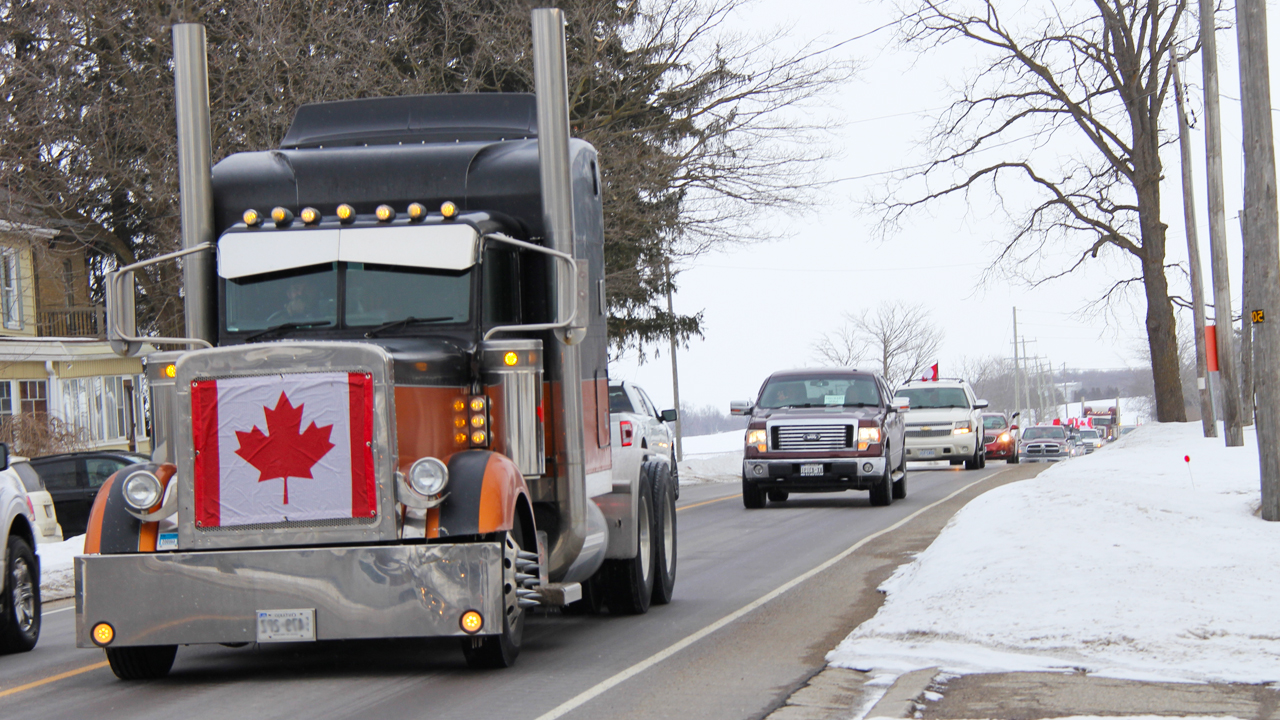 The Thursday morning revelations came during a public safety committee hearing in the House of Commons, where representatives from American crowdfunding platforms GiveSendGo and GoFundMe were called to testify.

According to Blacklock's Reporter, GoFundMe, which initially tried to disperse the convoy's fundraising efforts to “approved” charities before public backlash forced the company to walk back that decision and issue full refunds to donors, almost nine out of 10 donors to the convoy were domestic:

Our records show 88 percent of donated funds originated in Canada and 86 percent of donors were from Canada,” Juan Benitez, president of GoFundMe of Redwood City, California, testified at the Commons public safety committee. Donors contributed $10.1 million to the Freedom Convoy by the time GoFundMe suspended the account February 4 at the request of Ottawa’s mayor.

Foreign funding was insignificant, said Benitez. “A large amount of that determination is based on credit card information,” he said.

Nor was there any evidence neo-Nazi or criminal organizations contributed to the Freedom Convoy, said Benitez. “We commenced a review of where donations were coming from,” he said.

Jacob Wells, co-founder of GiveSendGo also testified to similar facts, identifying 63% of donors to the fundraising efforts for the truckers on his platform as Canadian.

“Most of the donations were under $100, it's pretty consistent across the board,” Wells said.

Know this! Canada has absolutely ZERO jurisdiction over how we manage our funds here at GiveSendGo. All funds for EVERY campaign on GiveSendGo flow directly to the recipients of those campaigns, not least of which is The Freedom Convoy campaign.

In a February 17 press conference, Emergency Preparedness Minister Bill Blair pointed to the convoy to Ottawa as an example of foreign interference in Canadian politics.

The convoy began in Western Canada to protest cross-border vaccine mandates for truckers and continued as thousands of trucks and tens of thousands of supporters remained in the nation's capital for nearly four weeks protesting against remaining lockdown restrictions before the Liberals involved the never-before-used Emergencies Act to give police extraordinary powers of arrest, detention, search and seizure to clear away the peaceful demonstrations.

To see and support Rebel News' exclusive coverage of the convoy in Ottawa as well as other locations across Canada, plus the People's Convoy that's on the move in the U.S., please visit www.ConvoyReports.com.