The scandal-plagued Brampton mayor will support any new leader 'except Pierre Poilievre,' a campaign email allegedly read. 'If it comes to that, he will be voting for Jean Charest.' 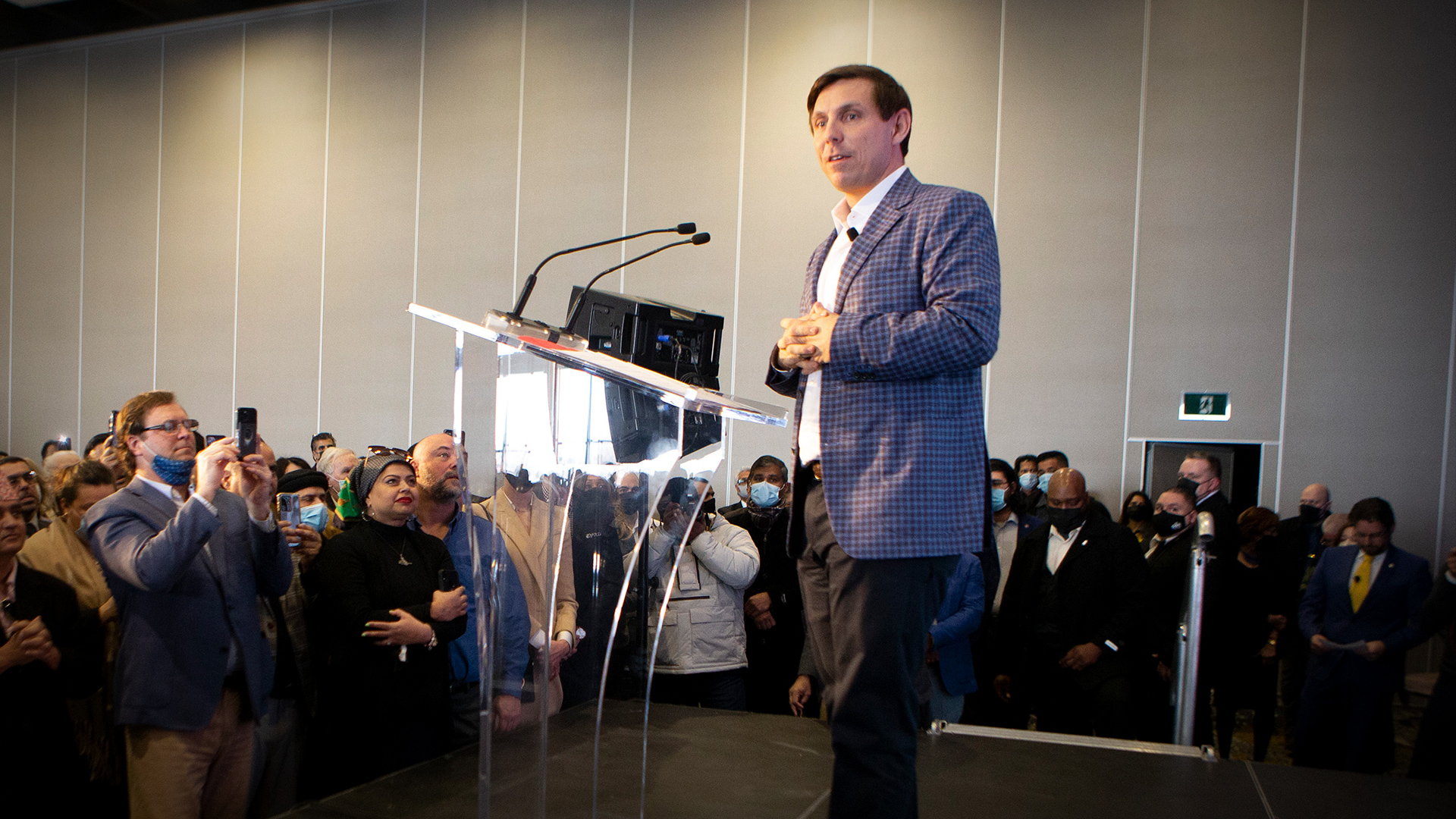 The CPC leadership race is causing quite a stir, with six potential leaders vying to replace Erin O’Toole to lead the Conservative Party into the next federal election.

One of the candidates, Mr. Patrick Brown, mayor of Brampton, was recently disqualified from the race after an anonymous report surfaced alleging illegal party financing.

The question remains, why is he still mayor despite this allegation? It is worth mentioning that Patrick Brown is well known for his controversial actions and more precisely for being caught allegedly not respecting his own health restrictions imposed in his own city.

This famous phrase, “A law for me and a law for thee”, sums up Patrick Brown’s way of managing his constituents quite well. Despite this, he intends to appeal the CPC's decision, but it appears that he will not receive a verdict before the leadership elections.

Mr. Brown has amassed during his campaign period approximately 150,000 members who are now highly coveted by Jean Charest. What we learned yesterday, July 12, is that Mr. Brown has decided to get behind Mr. Jean Charest in order to face Mr. Poilievre, who has even mentioned him as an extremist.

Mr. Brown recruited 150K members looking for a home in our Party. They will find one under my leadership. I will offer them a voice and respect.#cdnpoli #cpcldr https://t.co/BT7SIfBVVY

Mr. Charest is the candidate with whom Mr. Brown has the most beef, yet they are both individuals with a history of controversy. Mr. Charest has also been implicated in two past investigations into illegal financing, at the time he was the Premier of Quebec as a member of the Liberal Party.

He was not convicted of any charges despite the fact that the investigation took a long time to be completed due to data leaks from UPAC (permanent anti-corruption unit). This has led to many charges never seeing the light of day in court.

So, you’ll admit that seeing two politicians with somewhat suspicious pasts coming together to continue an election campaign against Pierre Poilievre is unusual. Mr. Brown and Mr. Charest will try to convince the 150,000 members to do as Mr. Patrick Brown did and vote for Mr. Charest, let’s see how many of them will follow.