Wow, Brampton mayor (and would be premier of Ontario) Patrick Brown never ceases to amaze us – in a negative way, that is.

Recently, we were tipped off by a viewer who had this to say:

Hello. I was tipped off by staff… all of our recreation and community centres are shut down [but] Brampton Mayor Patrick Brown made the staff at Earnscliffe Recreation Centre reinstall the ice in one of its ice rinks so him and his associate can go there every Wednesday and practice his skating at 5:00pm like clockwork. Of course, he doesn’t carry his hockey gear in with them he has his associate do it. So many people have paid a yearly membership but cannot go in due to COVID, however at approximately $1,000 a day to sustain an ice rink he can go once a week for an hour?

We hustled up to the rink last Wednesday and lo and behold: our source was spot on! Mayor Brown and his buddies indeed had the hockey rink to themselves – although Brown laughably said he wasn’t there to play hockey (please ignore the pre-delivered orange Wayne Gretzky hockey bag labelled “Patrick Brown, #00”). 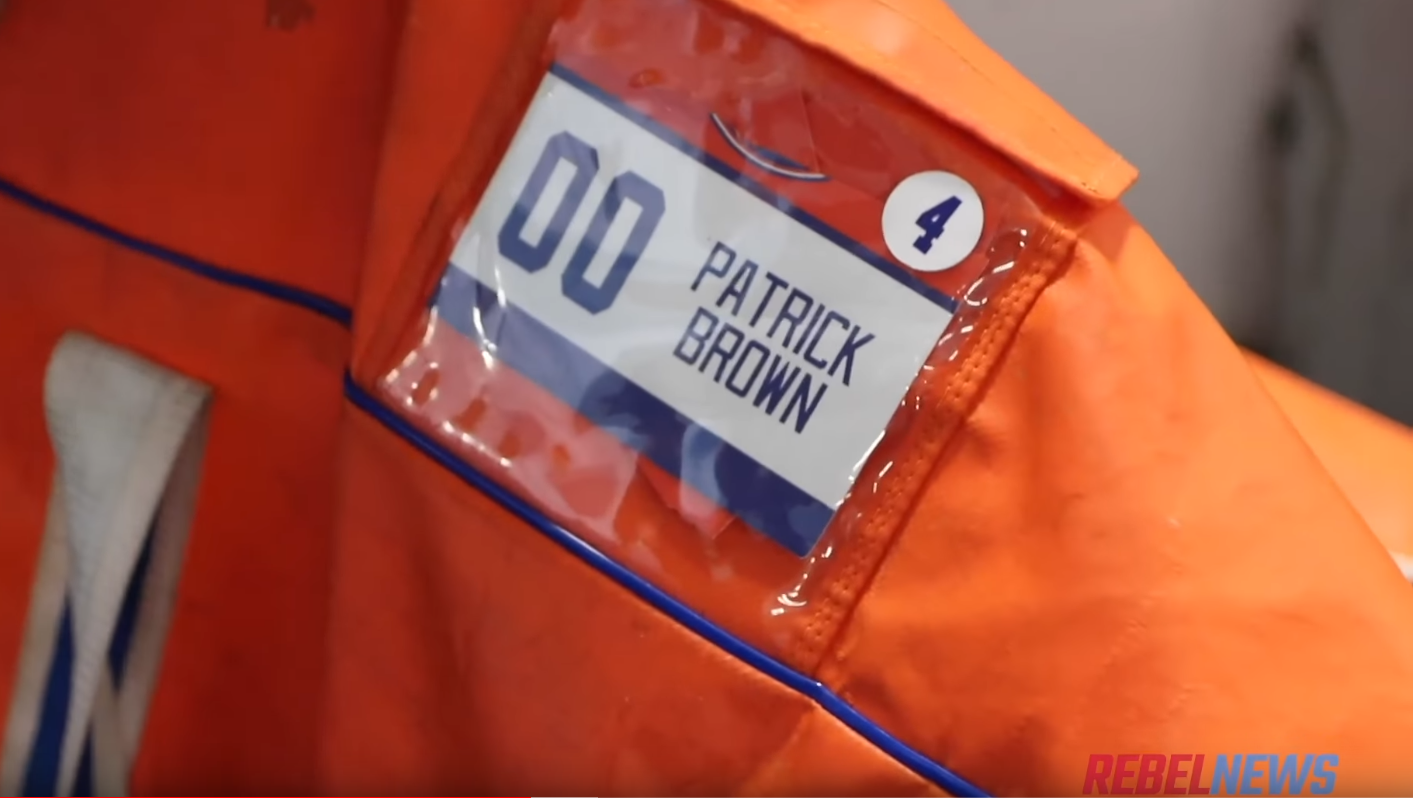 Realizing he was way offside, Brown and his driver made a beeline for their Mercedes-Benz SUV (occupying two parking spots, of course.)

Can you blame him? Under the Stage 3 reopening that took effect August 1, arenas can be used for “modified leagues and sub-leagues.” But that was clearly a game of pickup hockey at Earnscliffe, not a league game. Did you notice there were no referees on the ice, for example?

And we know for a fact that Mayor Brown was on this ice surface going back to last month when Peel Region was still in Stage 2!

Oh-oh. That’s more than offside, folks – that’s a game misconduct in my book. Because that Stage 2 violation wasn’t merely sneaky and unethical – it was against the law at the time.

And who is paying for that ice time? And can anyone book ice time there – it doesn’t seem like it to me. I left a message at the rec centre days ago seeking to book ice time and it was never returned. And is it true maintaining the ice at this rink is costing the city $1,000 per day – so who’s paying for that? But no answers were forthcoming from Brown or his buddies.

Brown replied by attempting to criticize me for “harassing” the citizens of Brampton! How is that? By asking His Worship some impolite questions?

Oh, and you want harassment – how about the City of Brampton hiring Paladin Security to serve as paid professional snitches to rat out anyone breaking those Wuhan virus social distancing laws? Indeed, in one week alone in June, Brampton Bylaw issued 122 of those $880 tickets to Bramptonians.

In fact, as of the end of July, Brampton bylaw issued 1,354 warnings and filed 597 charges against those in the Flower City allegedly violating the Wuhan virus bylaws! Furthermore, last month, Patrick Brown said he was hoping to slap a homeowner with a $100,000 fine for having a house party. Wow! 100 grand! That sounds like heavy-handed harassment to me – via City Hall that is, not Rebel News!

Oh, and by the way, Mayor Brown was mask-less the day we encountered him. That’s odd, because according to the City of Brampton website, since July 10, “non-medical masks or face coverings (are) required in all indoor public spaces in Brampton.”

I guess the mayor is exempt from that bylaw, too, because I didn’t see any mask – unless, of course, Patrick Brown was wearing a form-fitting Patrick Brown mask last Wednesday...

Oh, and one last thing: I was issued “tickets” banning me and all my Rebel colleagues from visiting Brampton recreational facilities for one year (according to our lawyer, those tickets aren’t worth the paper they are printed on.)

But in Brown’s Brampton, that’s how this would-be premier rolls…