Local pediatricians in Seattle selling cards for children so they can fill out their preferred name, gender pronouns and gender identity. 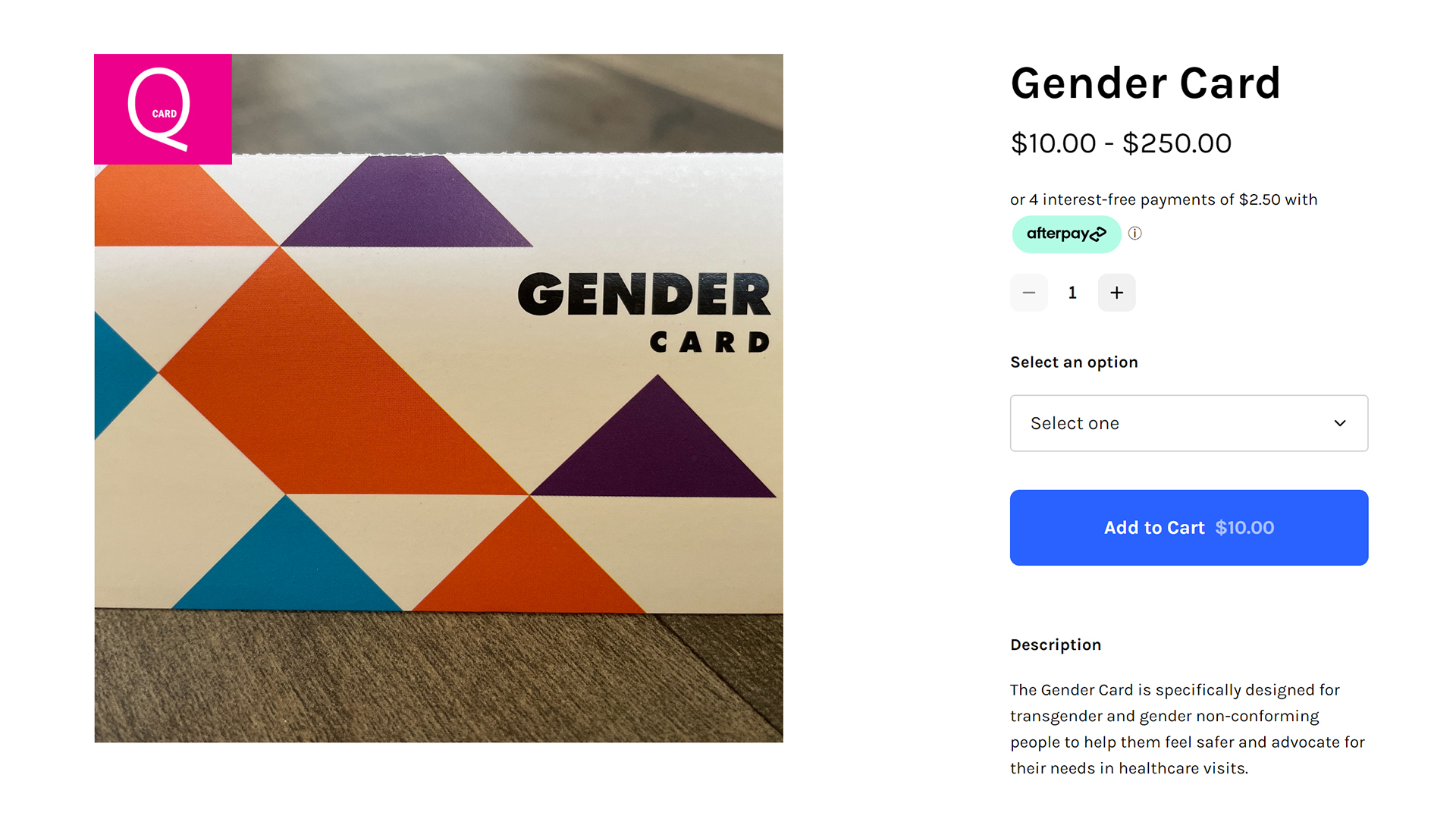 A “Gender Card” produced by pediatricians in Seattle and provided to children allows minors to self-identify by their chosen names, gender pronouns and gender identity without informing their parents of their intention to undergo gender reassignment surgery.

The card, as detailed by the Q Card Project was announced on Facebook as “Q Card’s non-binary little sibling,” that was “created in partnership with Seattle Children’s hospital.”

The tool, as described by the organization is for “trans/non-binary/gender diverse folks to advocate for themselves in healthcare.”

As detailed by Seattle-based journalist Ari Hoffman in The Post Millennial, “the card has a section to fill out where the child can ask the doctor to call them by whatever name or pronoun they prefer.”

“Additionally, multiple options for gender identity are given including ‘trans woman,’ ‘trans man,’ ‘agender,’ ‘non-binary,’ ‘genderqueer,’ ‘questioning’ and even has a line to fill in if none of the others apply,” Hoffman reported.

EXCLUSIVE 🧵: The "Gender Card" is being given out by local pediatricians to children in Greater Seattle

In WA, treatments can be given out to minors w/o parental consent including for: Reproductive health, STDs, Substance use, Gender dysphoria, Gender affirming care & more pic.twitter.com/8XO5HRNpHT

Washington state allows licensed medical practitioners to provide puberty blockers and hormone therapy to minors without parental consent, in addition to reproductive health care, STDs, substance abuse, and so on.

The card also offers a selection of how the doctor can discuss a minor's body, followed by a description of their sexual partner's genitals.

The card provides an option for minors to instruct health-care providers not to share any of the information with parents or legal guardians, including select details on what they are allowed to share — should that be the minor’s choice.

The Q Card Project is selling each gender card for $10 per card, up to $250 for 1,000 cards to be distributed en masse to a large group of minors.