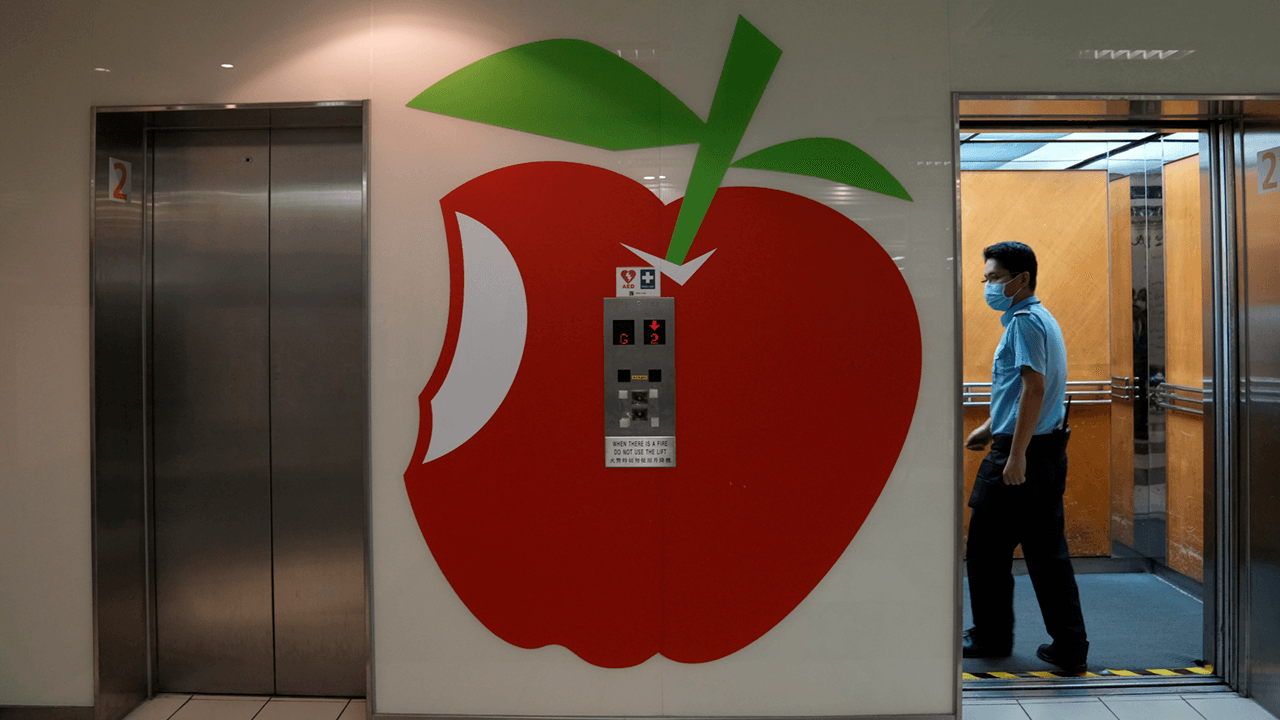 The announcement came from a news post titled “Dear Readers,” with the content of the post simply saying: "This concludes the updates from Apple Daily English. Thank you for your support."

The newspaper says it expects to fold within the next few days as there is no money to pay its staff.

Hong Kong officials have warned the public to avoid the journalists, with an attempt by an Apple Daily reporter to question chief executive Carrie Lam which was met with silence.

The veteran political reporter shouted at Lam: "You said the national security law won't affect press freedom, but me and many of my colleagues will no longer be able to cover the news anymore. Can you respond?"

Lam did not respond to the question, government broadcaster RTHK reported.

Earlier, she had defended the raid on the newspaper, saying, “What we are talking about is … violating the law as defined in the national security law and based on very clear evidence which will bring the case to court,” she told reporters.

“Don’t try to underplay the significance of breaching the national security law, and don’t try to beautify these acts of endangering national security,” Lam said, denying that the law was being used “as a tool to suppress the media or to stifle the freedom of expression.”

“All those accusations made by the U.S. government … are wrong,” she said.

The Apple Daily comes to closure after the paper was founded in 1995 using the strapline, “an Apple a day keeps the fake news away.” The first-ever copy of the paper came with a free apple presented to readers.

The journalist told RTHK that he may not remain in the industry amid crackdowns on public criticism of the government under a draconian national security law imposed on Hong Kong by the ruling Chinese Communist Party from July 1, 2020.

“We are just normal journalists trying to do normal things, but it seems it’s getting difficult at this moment,” he told the station.

Former Apply Daily journalist Daisy Li said the loss of the paper would leave “a huge hole in public speech in Hong Kong.”