'Please accept our sincere apologies for the frustration and inconvenience this situation may have caused,' Scotiabank wrote to Freedom Convoy organizer BJ Dichter. 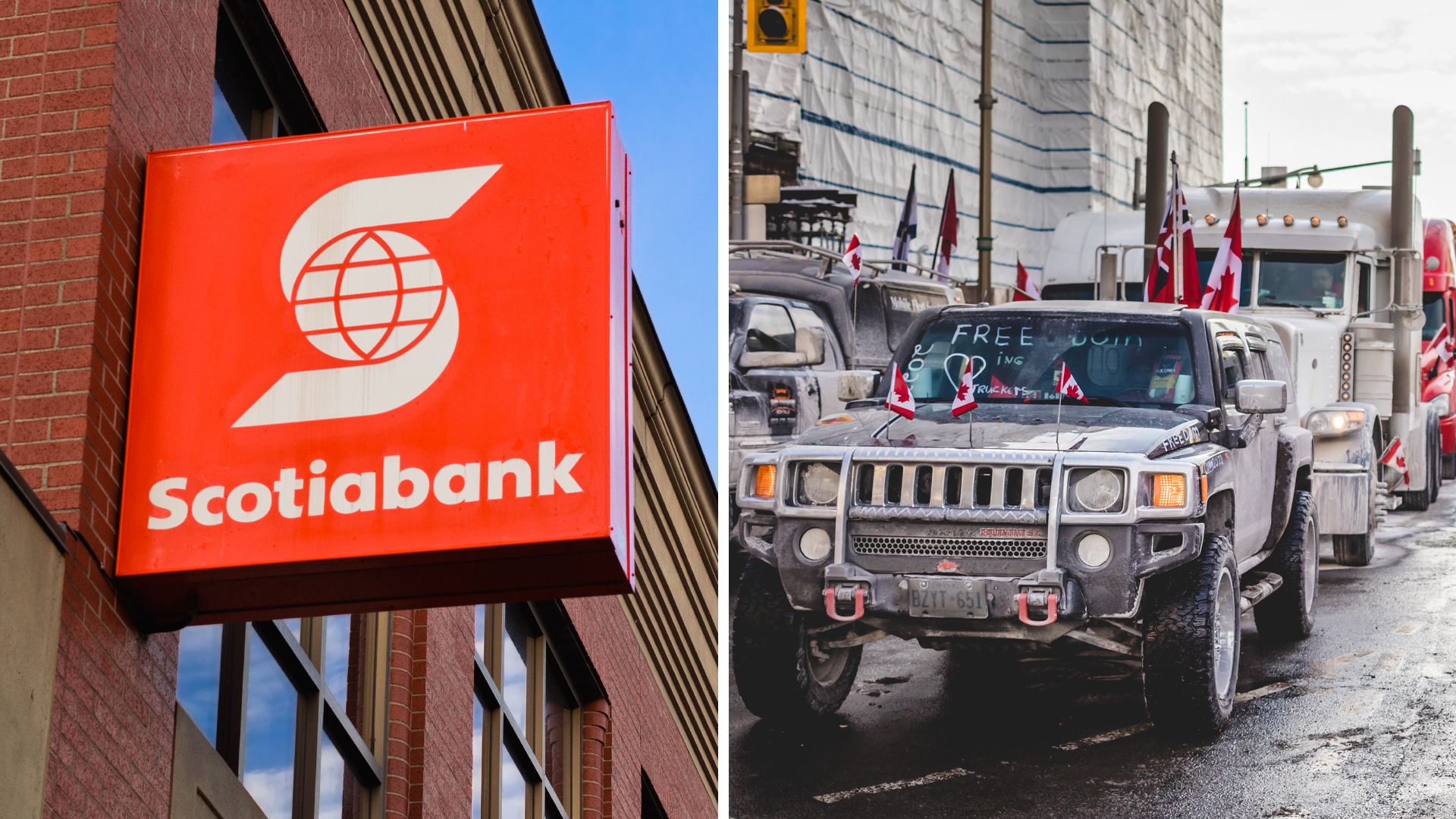 Scotiabank has issued an apology to BJ Dichter, an organizer of the Freedom Convoy, after freezing his bank account during the demonstration. Deputy Prime Minister and Finance Minister Chrystia Freeland used powers granted by the Emergencies Act to order banks to cease providing services with individuals associated with Canada's largest protest against COVID restrictions.

The apology was reported by Marc Patrone, a radio host on Toronto-area station Sauga960, on a newsletter site hosted by Dichter and shared by the National Telegraph.

“Please accept our sincere apologies for the frustration and inconvenience this situation may have caused,” the letter from Scotiabank begins. “We can confirm that financial institutions acted quickly to unfreeze accounts after the RCMP notified us that it believes that individuals and entities previously identified are no longer engaged in conduct or activities prohibited under the Emergency Measures Regulations.”

Hundreds of other Canadians, including Dichter, had bank accounts frozen for their alleged support for, or involvement with, the Freedom Convoy. On February 22, the New York Times reported that banks were beginning to unfreeze accounts.

The response from Scotiabank refers to an inquiry made by Dichter on February 20.

“Thank you for taking the time to share your experience,” the reply reads. “Your comments help us improve the level of service and products we provide. Once again, please accept our sincerest apologies for the frustration and inconvenience this matter has caused you.”

While it was previously reported by the CBC that the RCMP provided a list of accounts to freeze, a story from the Globe and Mail revealed that the Canadian Bankers Association went beyond that scope.

Prior to the Trudeau government's decision to enact the Emergencies Act, numerous stories were used to justify the usage of the extreme legislative measure.

A story about foreign funding was retracted by the CBC. Another story, also featured on Canada's state broadcaster, saw an “expert” suggest that Russia could be behind the convoy. A third instance saw interim Ottawa police Chief Steve Bell confirm no firearms were found during the demonstration, contrary to previous reports.

To see all of Rebel News' coverage during the Freedom Coverage, including our extensive boots-on-ground reporting, visit ConvoyReports.com.