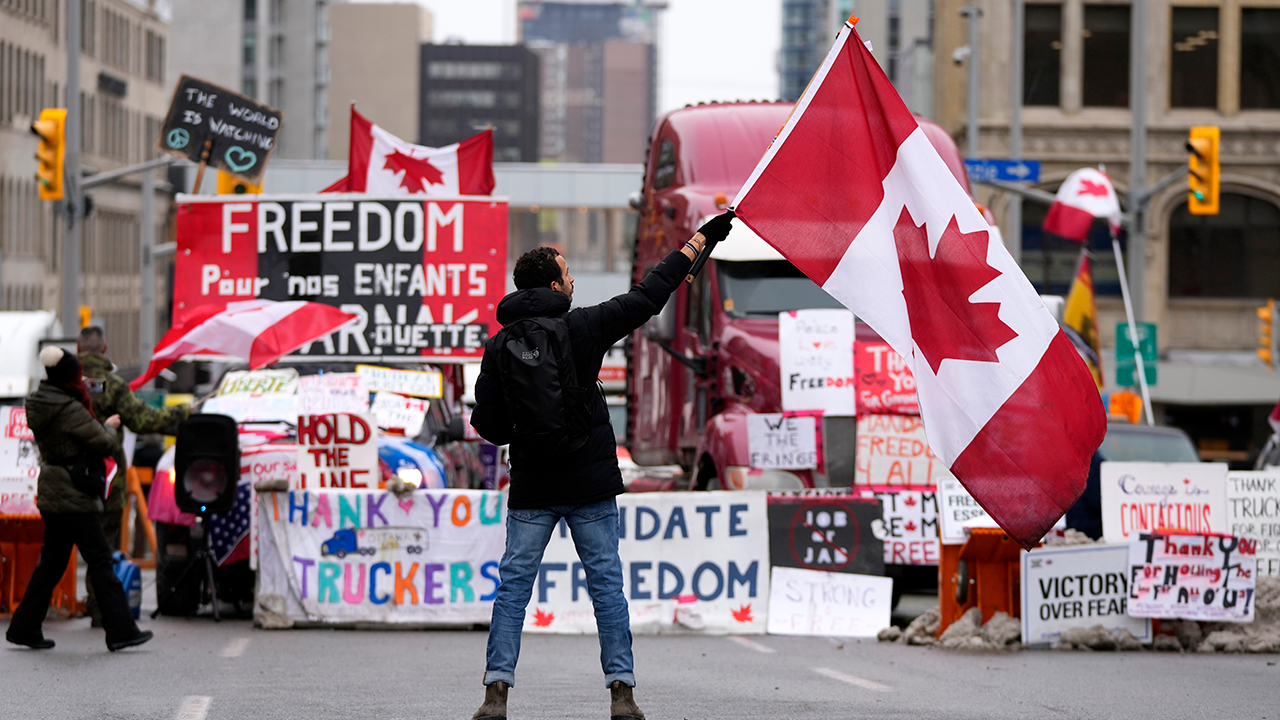 Canada’s Toronto-Dominion Bank struck a financial blow against the “Freedom Convoy” protesters in Ottawa on Friday, announcing that it plans to surrender $1.4 million in donations to the group to an Ontario court.

TD Bank confirmed it had frozen accounts holding the cash in private accounts and is now applying to the Ontario Superior Court to accept the money, and will file an interpleader application that, if granted, allows the court to accept the funds and decide how to disburse it.

In a statement to the press, TD Bank said that it intends to give up money totaling $1 million from GoFundMe, as well as an additional $400,000 the truck drivers accepted through direct donations.

The move comes around two weeks after the convoy converged on the nation’s capital city of Ottawa to protest restrictions and forced mandates. Ontario Premier Doug Ford moved to declare a provincial state of emergency early Friday.

“TD has asked the court to accept the funds, which were raised through crowdfunding and deposited into personal accounts at TD, so they may be managed and distributed in accordance with the intentions of the donors, and/or to be returned to the donors who have requested refunds but whose entitlement to a refund cannot be determined by TD,” spokesperson Carla Hindman said in a statement to CTV News.

The move comes a day after an Ontario court ordered that funds coming from GoFundMe be frozen. On Thursday, the Ontario Superior Court of Justice granted a request from the provincial government to freeze access to GiveSendGo, under Section 490.8 of the Criminal Code. The order prohibits anyone from distributing donations made through the “Freedom Convoy 2022″ and “Adopt-a-Trucker” online campaigns.

The second round of fundraising has garnered almost $9 million in donations as of Friday.

Despite orders for the funds to be frozen, GiveSendGo took a position of open defiance to the order, stating that the Ontario court had no jurisdiction over the organization.

Convoy lawyer Keith Wilson said the group planned to fight to retrieve any money it had raised.

“We will be taking expedited legal steps to have the restrictions on the donated funds lifted as soon as possible,” Wilson said in an email to CTV News.

On a video posted on Facebook by “Freedom Convoy” supporters, organizers turned to cryptocurrency to fund the protest.

The decentralized nature of cryptocurrency like Bitcoin makes it difficult to regulate, however efforts to convert it into legal tender may be stifled by local authorities as it becomes subject to Canadian rules.