Paxton announced an investigation into two pharmaceutical companies that allegedly promoted hormone-blocking drugs for children, ostensibly to treat gender dysphoria. The drugs were not approved for that purpose. 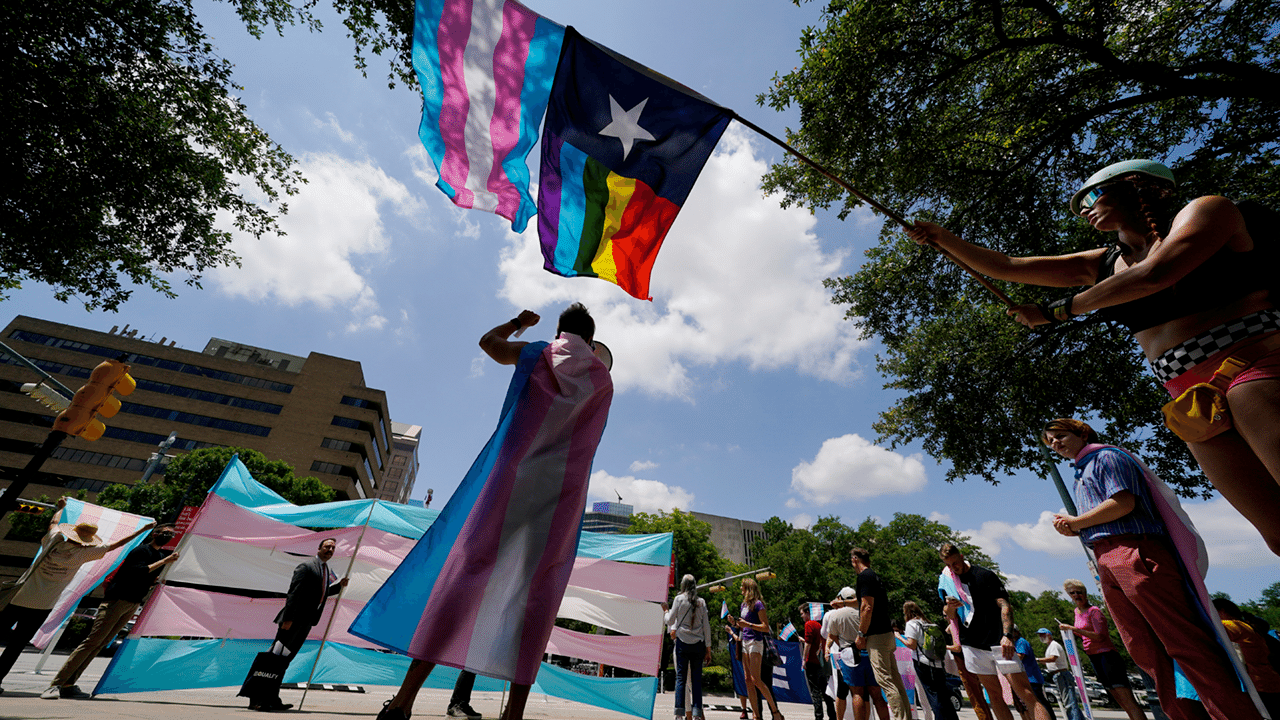 Texas Attorney General Ken Paxton has announced the start of an investigation into pharmaceutical companies that offer puberty blockers to so-called “trans kids,” whose parents, and sometimes physicians, prescribe drugs to facilitate the retardation of their physical growth.

The attorney general described the treatment as “child abuse.”

On Wednesday, Paxton announced an investigation into two pharmaceutical companies that allegedly promoted hormone-blocking drugs for children, ostensibly to treat gender dysphoria. The drugs were not approved for that purpose.

“Puberty blockers used on minors experiencing gender dysphoria or similar mental disorders is child abuse,” Paxton told Fox News in a statement. “Doctors, parents, guardians, and counsellors who aid and abet the use of puberty blockers in an improper manner are complicit in the abuse. As are prescription drug manufacturers, which is the basis of my investigation.”

“Everyone involved in damaging our young people like this must be held accountable and brought to justice, and that's exactly what I'm doing,” he added.

The attorney general opened an investigation into the companies Endo Pharmaceuticals and AbbVie Inc. to determine if they violated the Texas Deceptive Trade Practices Act.

The investigation is to determine if the two companies advertised and promoted hormone blockers for “unapproved uses without disclosing the potential risks associated with these drugs to children and their parents.”

Supprelin LA and Lupron Depot have been approved for treating children with Central Precocious Puberty (CPP), when the puberty process begins prematurely. Doctors have prescribed Vantas, along with other forms of Lupron, as a palliative for prostate cancer. The Food and Drug Administration (FDA) has not approved these drugs to treat gender dysphoria, which Paxton's office describes as “a diagnosed mental disorder in which a person experiences significant distress related to a strong desire to be of another biological sex.”

“Endo Pharmaceuticals Inc. manufactures and markets Supprelin® LA for the treatment of children with central precocious puberty (CPP),” Heather Zoumas Lubeski, a spokeswoman for the company, told Fox News. “Vantas®, indicated for the palliative treatment of advanced prostate cancer, was discontinued due to manufacturing issues and has not been a promoted product for more than five years.”

A California physician, Dr. Michael Laidlaw, told Fox News that he agrees with Paxton “that these drugs are only FDA approved as puberty blockers in children for the purpose of treating central precocious puberty and not for gender dysphoria.”

“Central precocious puberty is a medical condition in which a child starts puberty at an abnormally young age, say age four,” Laidlaw explained. “Medications like Supprelin LA are used to stop this abnormal puberty. Then once the child reaches a typical age for puberty (say age 11 or 12), the medication is stopped, and then normal puberty will resume.”

“The off-label use of these medications for gender dysphoria is completely different,” the doctor said. “In this case the healthy child has already begun normal puberty. But then the medication is given to block normal puberty. Blocking normal puberty has numerous unhealthy side effects including loss of normal bone development, interference with normal brain and social development, and importantly causes infertility and sexual dysfunction. Many of these effects will be irreversible.”

Much of the concern over gender ideology and the promotion of irreversible effects brought on by the use of drugs like Lupron and other puberty blockers, has been detailed extensively in Abigael Shrier’s book “Irreversible Damage: The Transgender Craze Seducing Our Daughters.”